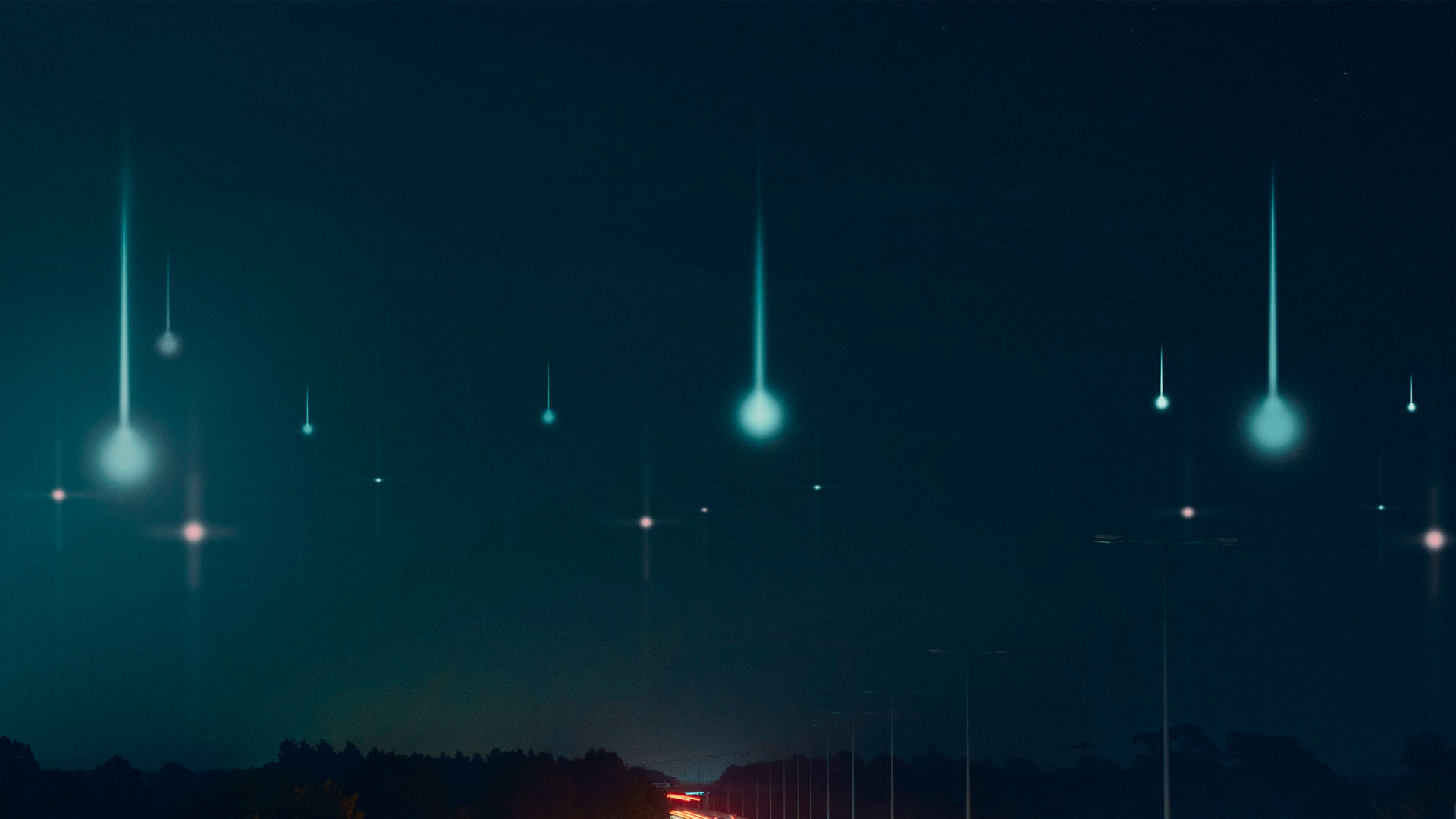 
HORROR details have emerged after a man claimed to have had a UFO encounter after seeing what he called “tentacle-like lights” in the sky.

Richard Powers of Bacliff, Texas said he saw the unexplained beams of white lights coming at a phenomenal speed while at a gathering at his home with friends on October 4.

Powers told Galveston County’s Daily News that he first became aware something unknown was in the sky when he looked up and noticed a bright orange flash, from which thin lights emerged, and then separated rapidly into eight different beams.

“They were so fast it was phenomenal,” he said of what he believed to be UFOs.

“If you blinked you would have missed them.”

The beams continued to travel through the sky, Powers said.

Powers was able to capture the perceived encounter in a cropped cell phone image shared with The Daily News.

The image shows what appears to be two curved beams in the sky.

The objects were too high up and too fast to be drones, according to Powers.

The Texas resident added that he had seen drones many times in the past.

He was also fully sober when he saw the lights, he said.

Even though Powers knows some may doubt the validity of the encounter, he said it does not change his own mind about what he saw.

He is choosing to speak out about the incident now, as he has had two heart attacks in the past few months, and wants to ensure the public is informed, should he pass away, he told The Daily News.

“There’s something out there,” Powers said. “And I’ve seen it.”

Powers is not the only one to have claimed to have seen a UFO in recent years.

Ken Jordan, the Texas state director of the Mutual UFO Network (MUFON), which studies and tracks reports of sightings told The Daily News that more and more people are reaching out, nationwide.

Nick Pope who investigated UFOs for the British Government, told The US Sun that the focus on the objects will even further increase believers as have already been pumping millions into political campaigns.

It comes just decades after the topic was restricted to the political fringes.

Pope highlighted the significance of NASA’s recently-announced UFO panel, which he branded an “opportunity” for potential developments.

Lawmakers in Congress were presented with a dossier that revealed half of the recorded alleged sightings remained unexplained.

The former Ministry of Defense official revealed that a so-called whistleblowers charter could feature within next year’s 2023 National Defense Authorization Act.

It would give government employees immunity if they shared details of supposed UFO encounters.

He told The US Sun: “Taken together, this is game-changing.”