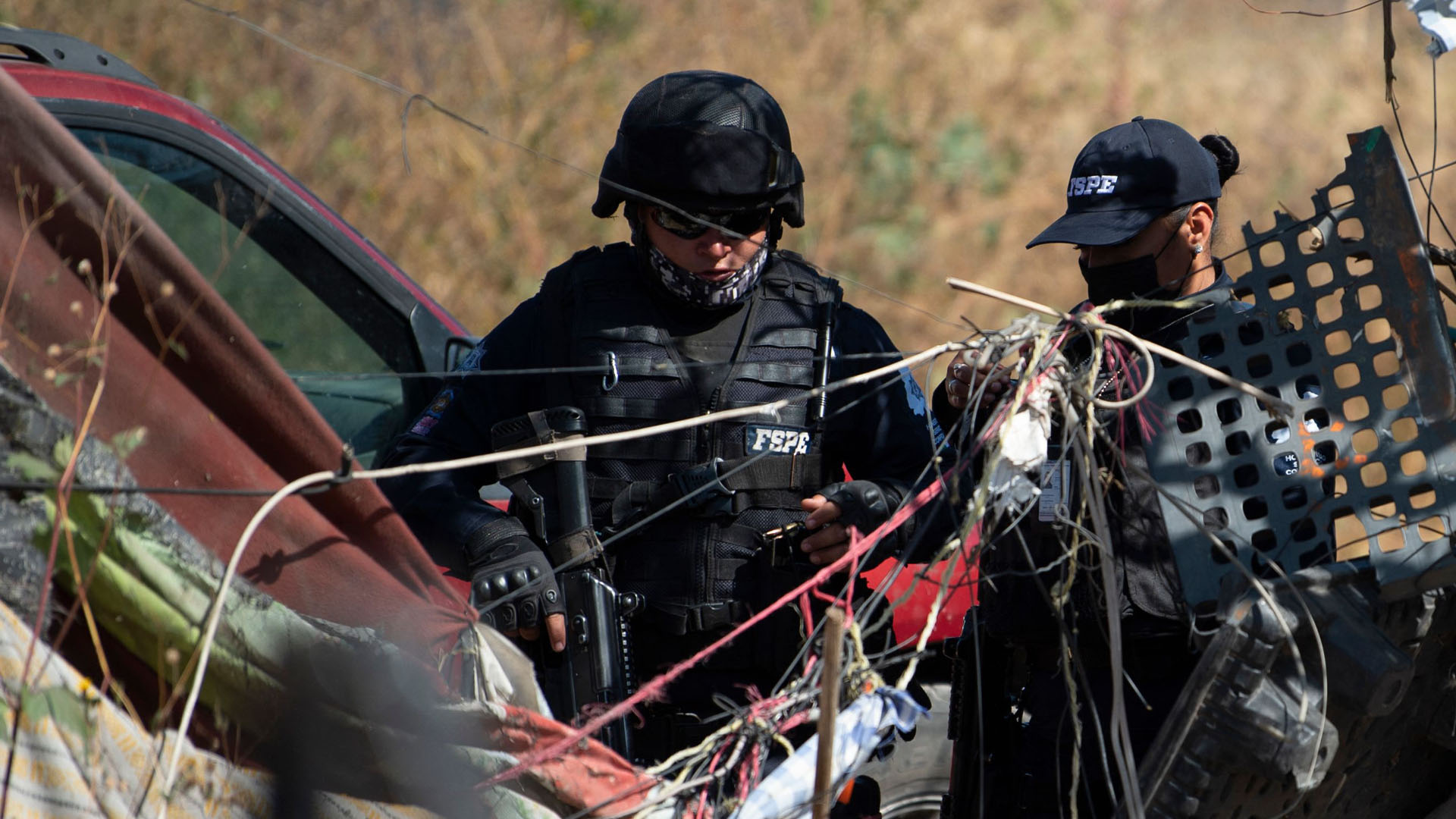 
FIFTY-THREE bags crammed with human remains have been unearthed after a search was launched when a dog was spotted carrying a human hand.

The Mexican town of Irapuato has been rocked by the grisly discovery that has been tied to drug cartel violence in one of the most severely hit regions in the country.

The city was not privy to the mass grave of unidentified body parts until the roaming dog was seen with the hand.

With the city on alert, a missing person’s collective, Hasta Encontarte (translated to ‘until we find you’), found the body bags.

Hasta Encontarte is a women-led collective aimed at finding missing persons. It is working towards both exhuming the bodies and identifying the victims.

The city is in Guanajuato, a state rocked by Mexico’s highest violent crime rate.

A drug war between the Jalisco Cartel and the Santa Rosa de Lima Cartel has instigated the violence in the area.

While experts worked to exhume the bodies, cheers could be heard from the Cervantino festival, a celebration of Mexican arts and culture.

The juxtaposition of crime and culture has bewildered the founder of Hasta Encontarte, Bibiana Mendoza.

“While people from all over the world were celebrating the Cervantino festival, we were digging up bodies, and at the same time, I thought it was useless because they were burying more people elsewhere,” said Mendoza to Agence France-Presse.

The state of Guanajuato is a cultural and industrial epicenter in Mexico.

It’s a destination frequented by tourists, with pockets of affluence that have remained mostly untouched by the violence.

But a drug cartel turf war has consumed more desolate areas of the state.

Irapuato is considered the second most unsafe municipality in Mexico, according to Mexico News Daily.

“Seeing bodies lying in the streets with messages is something new for us,” Mendoza said.

Nearly 90 percent of the murders in the state are direct results of the drug war, according to Guanajuato security official Sophia Huett.

As of September, the state of Guanajuato had more than 2,400 murders, nearly 10 percent of all killings in the country.

According to Entrada Group, the state also produces more than $20 billion worth of foreign car exports per year.

Government officials and corporate leaders are not afraid to stay in the region.

As Mendoza continues to pull bodies from the earth, she is unfazed by the supposed inaction of people in positions of power.