Helen Mirren loves ex Liam Neeson ‘deeply,’ but ‘not meant to be’


Helen Mirren and Liam Neeson are better off today as friends rather than lovers, the actress is revealing in a new interview.

“We were not meant to be together in that way, but we loved each other very, very much,” she added. “I love him deeply to this day. He’s such an amazing guy.”

The pair met at the start of their careers while filming the medieval fantasy film “Excalibur,” which debuted in 1981.

Mirren shared with AARP that a sign of her affection was to make clothing for her partners including Neeson, ex Peter O’Toole and her current husband of nearly 25 years, director Taylor Hackford.

“I went through a phase of making men’s shirts,” she told the outlet. “All my boyfriends had to have a shirt made by me. … I did make one for Liam.”

Mirren and Neeson previously discussed their relationship during a 2017 joint appearance on Britain’s “The Graham Norton Show.”

When host Graham Norton brought up the fact that the two dated, Mirren added, “We lived together. We were a serious item for a while.”

The “Taken” star then revealed that when he first met Mirren on the set of “Excalibur,” he and co-star Ciarán Hinds were in complete awe seeing the actress in character as Morgana Le Fay. “I was smitten,” he said. 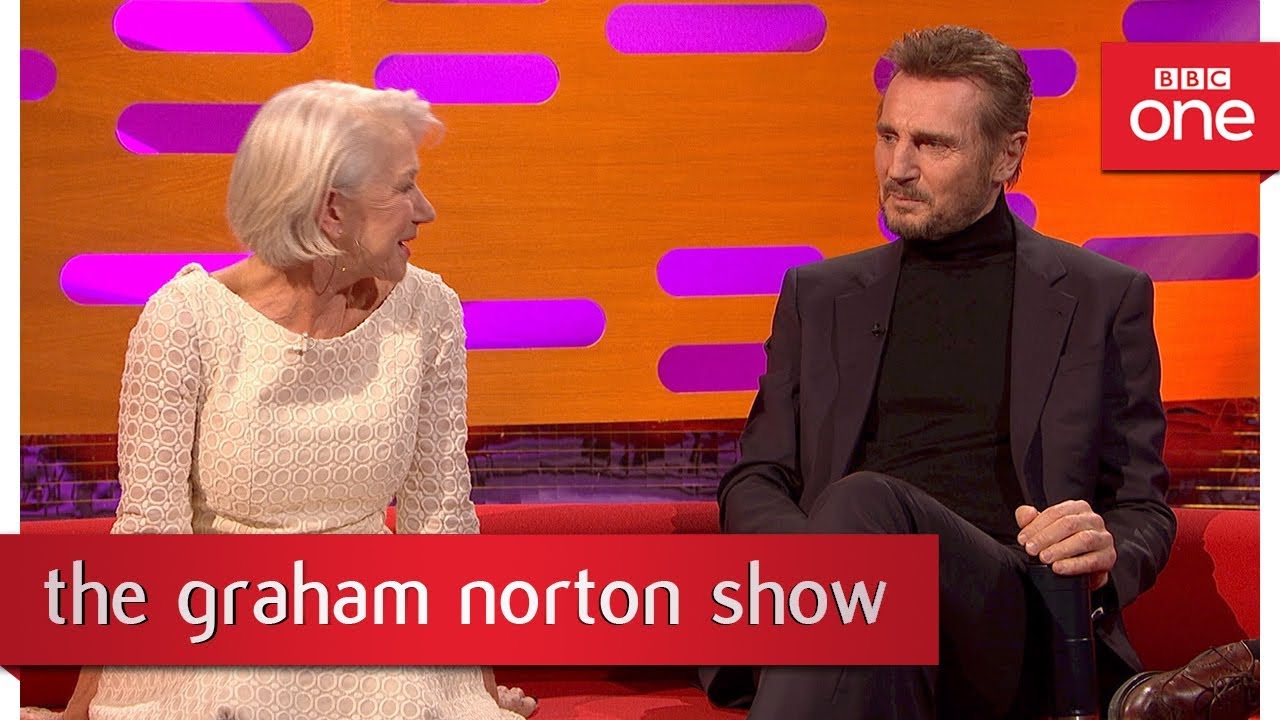 Exclusive trailer:See Liam Neeson play a hitman with Alzheimer’s in his thriller ‘Memory’

Mirren went on to marry director Taylor Hackford in 1997. Meanwhile, Neeson married Natasha Richardson in 1994 and has been widowed since her death in 2009.

Elsewhere in Mirren’s AARP feature, she discussed the changes and similarities between herself now and when she was in her teens and 20s.

Mirren added: “But in another way, we change totally. I mean, I am a completely different person compared to the person I was at 22 or 23. Even your skin changes. Your body changes. How you think changes.”