Heartbreaking update from roommate of 4 murdered students after ‘stalker’ claims 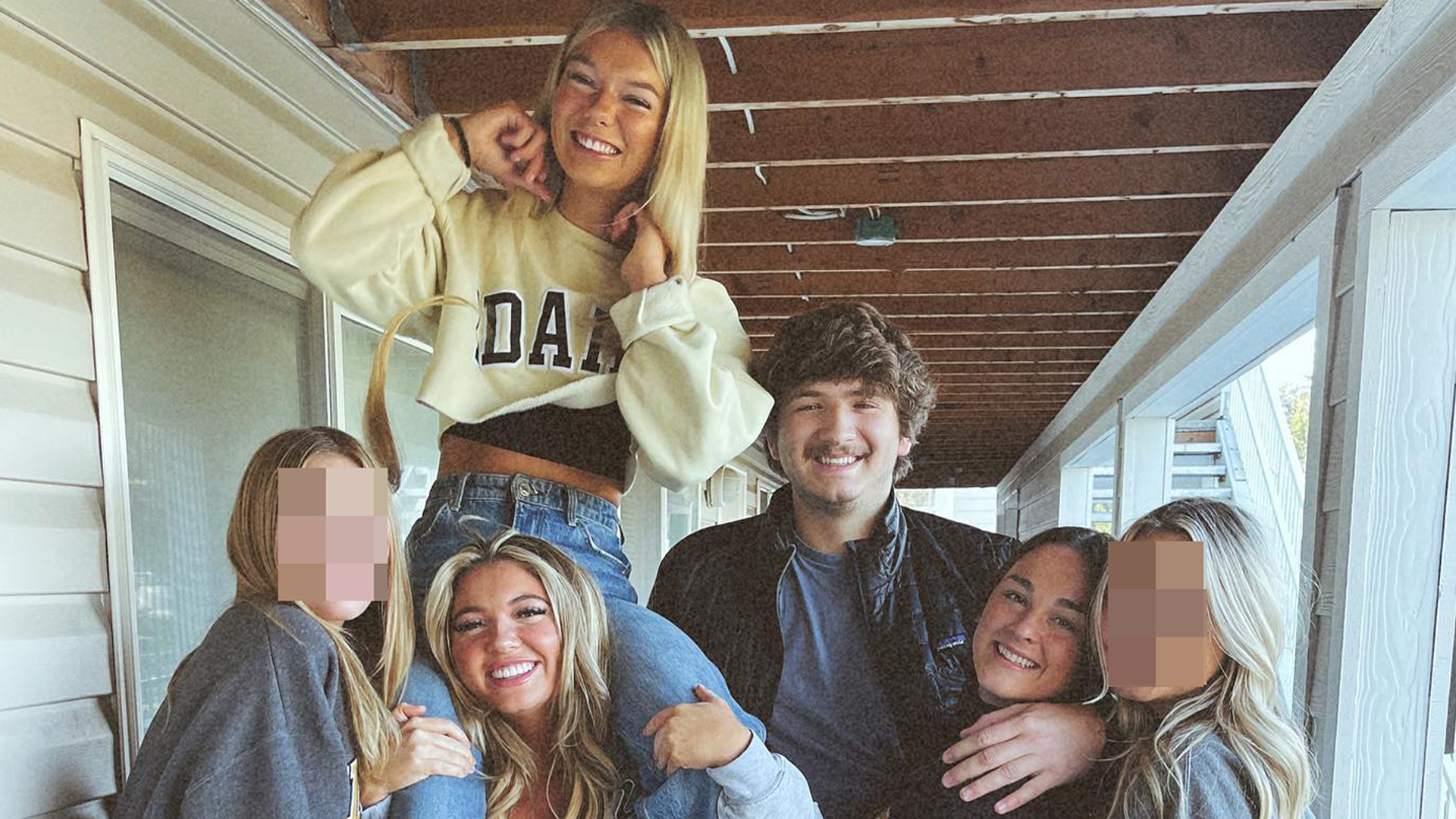 
A ROOMMATE of the murdered University of Idaho students has shared a heartbreaking update as cops revealed new details of the weapon used in the horrific attack.

Moscow cops have also released a list of people they’ve ruled out as suspects as they look into claims that one victim had a “stalker.”

Dylan Mortensen, who has been ruled out as a suspect in the killings, posted to VSCO a tattoo with angel wings in honor of the four friends.

The tattoo is inscribed with the lettering “MKXE,” which symbolizes an initial for each of Mortensen’s roommates who were tragically killed, and has an angel wing on each side.

“Maddie Kaylee Xana Ethan —MKXE— Love You Always and Forever,” the caption of the photo read.

It is believed that Bethany Funke, the other surviving roommate, also got the tattoo.

This comes more than a week after Kaylee Goncalves, 21, was brutally stabbed in her Moscow home along with roommates Madison Mogen, 21, and Xana Kernodle, 20, as well as Xana’s boyfriend, Ethan Chapin, 20.

Investigators said on Tuesday that they are looking into information they received about Kaylee Goncalves having a stalker.

However, they have not yet been able to verify these claims.

“We obtained information through some of our interviews that Kaylee had made some comments about a stalker. So that’s where that came from,” Moscow Police Captain Roger Lanier said Wednesday.

“We have followed up looking at specific time frames and specific areas of town. So far, we have not been able to corroborate it, but we’re not done looking into that piece of information.”

Authorities have also said they believe “a fixed-blade knife” to be the weapon used in the murder.

However, they are continuing to search for the weapon.

Officials believed that the attack was “targeted” but still have not indicated why the students were singled out, in order to preserve the integrity of the investigation, they said.

The coroner said that the four victims were likely asleep during the attack, however, some had defensive wounds and each victim was stabbed multiple times.

Two of the victims were discovered on the second floor of the home while the others were found on the third floor.

Two additional roommates were at the home during the attack, but did not wake up until later Sunday morning, police said.

A 911 call reporting an unconscious person was made with one of the roommate’s phone at 11.58am, police said.

However, authorities would not identify the person who made the call. They did clarify the suspected killer did not make the call.

Police shared at a press conference Wednesday that they have a confirmed 911 dispatcher spoke to multiple people from one of the surviving housemates’ phone.

While the exact time of the murders remains unclear, Moscow Mayor Art Bettge said the victims probably died between 3 and 4 am.

Police clarified that the students were not tied up and gagged. There was no sign of sexual assault.

Officials said they are currently investigating how the suspect could murder four people without waking up the two roommates who were found alive and unhurt in the large home.

The two are not suspects in the case, police confirmed.

Meanwhile, haunting video footage showed two of the victims chatting and getting a late-night snack at a food truck on a night out just hours before their brutal deaths.

Police said the two had just been at a local bar together.

Cops looked into the video, which shows a hooded mystery man near the two women, identified as Mogen and Goncalves, as they wait.

They noted in their most recent press conference that the man has been investigated and is not a suspect.

Lanier said Wednesday that Mogen and Goncalves arrived home at 1:45am.

The two other victims, Chapin and Kernodle, were also out at a private fraternity party that night, Lanier said, arriving home at a similar time.

Mortensen and the other surviving roommate, Bethany Funke, got home around 1am, according to Lanier.

Alivea Goncalves, Kaylee’s sister previously told Inside Edition that Kaylee called a man named Jack six times between 2.26am and 2.52am in the morning.

Her roommate Moden also called Jack three times as well from 2.44am to 2.52am.

However, the pair’s motives for doing so are unknown.

Kaylee’s parents have now revealed to the Daily Beast that Jack was their daughter’s ex-boyfriend and said that he called seven times within the time frame that Kaylee’s sister gave.

However, Kaylee’s parents are convinced that her former lover, Jack DuCoeur, 26, had nothing to do with the murders.

“We are supporting him, and we know in our hearts and our minds and our souls and the depths of our soul, Jack is hurting,” Kristi told Acesparks.

Police are aware of the calls but did not give any additional information on their significance.

A suspect has not been identified.

The FBI, and Idaho state police, are assisting in the investigation.

Col. Kedrick Wills, of the Idaho state police, explained that they have collected 103 pieces of evidence at the crime scene, and are processing 4000 photographs, while also relying on a 3d scan of the home, 1000 tips, and 150 interviews thus far.

Digital media can be submitted at fbi.gov/moscowidaho.