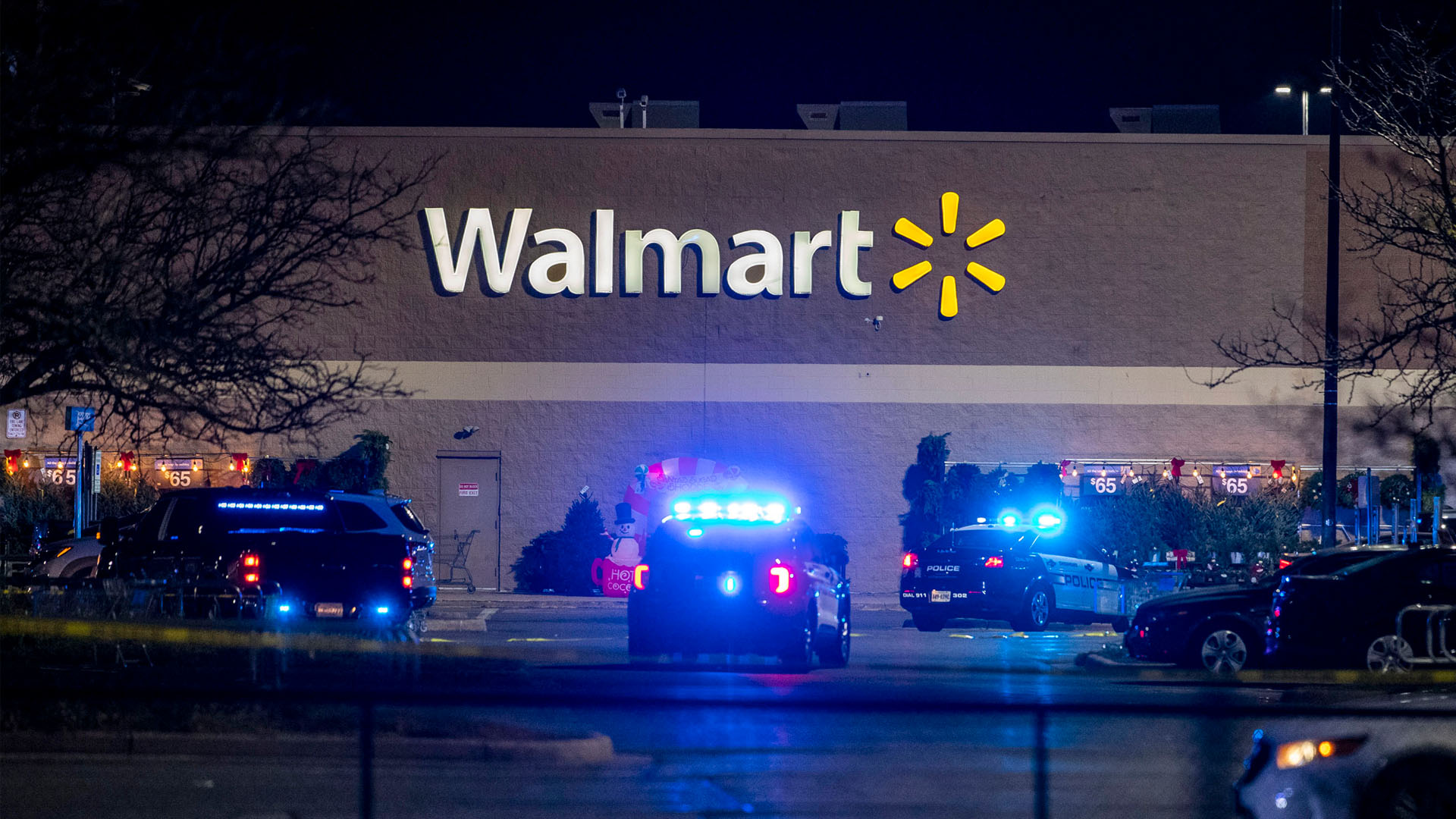 
POLICE have released horrifying details of a mass shooting at a Chesapeake Walmart that left six dead and four others injured.

Store manager Andre Bing, 31, has been identified by officials as the gunman who opened fire in the break room at the start of the night shift before he turned the gun on himself.

When police entered the Virginia store, they found the bodies of three individuals, including the shooter, in the break room, police said on Wednesday.

Another victim was located near the front of the deceased
store.

Three other victims were transported to local hospitals for further treatment, but died shortly after.

Bling, dressed in civilian clothing, was armed with a pistol and multiple magazines.

On Wednesday, a SWAT team executed a search warrant at the suspect’s residence with the help of Virginia State Police.

Employee and witness Briana Tyler told Good Morning America that there were 15 to 20 employees gathered in the break room waiting to learn their duties for the day when Bing swung the door open and started shooting.