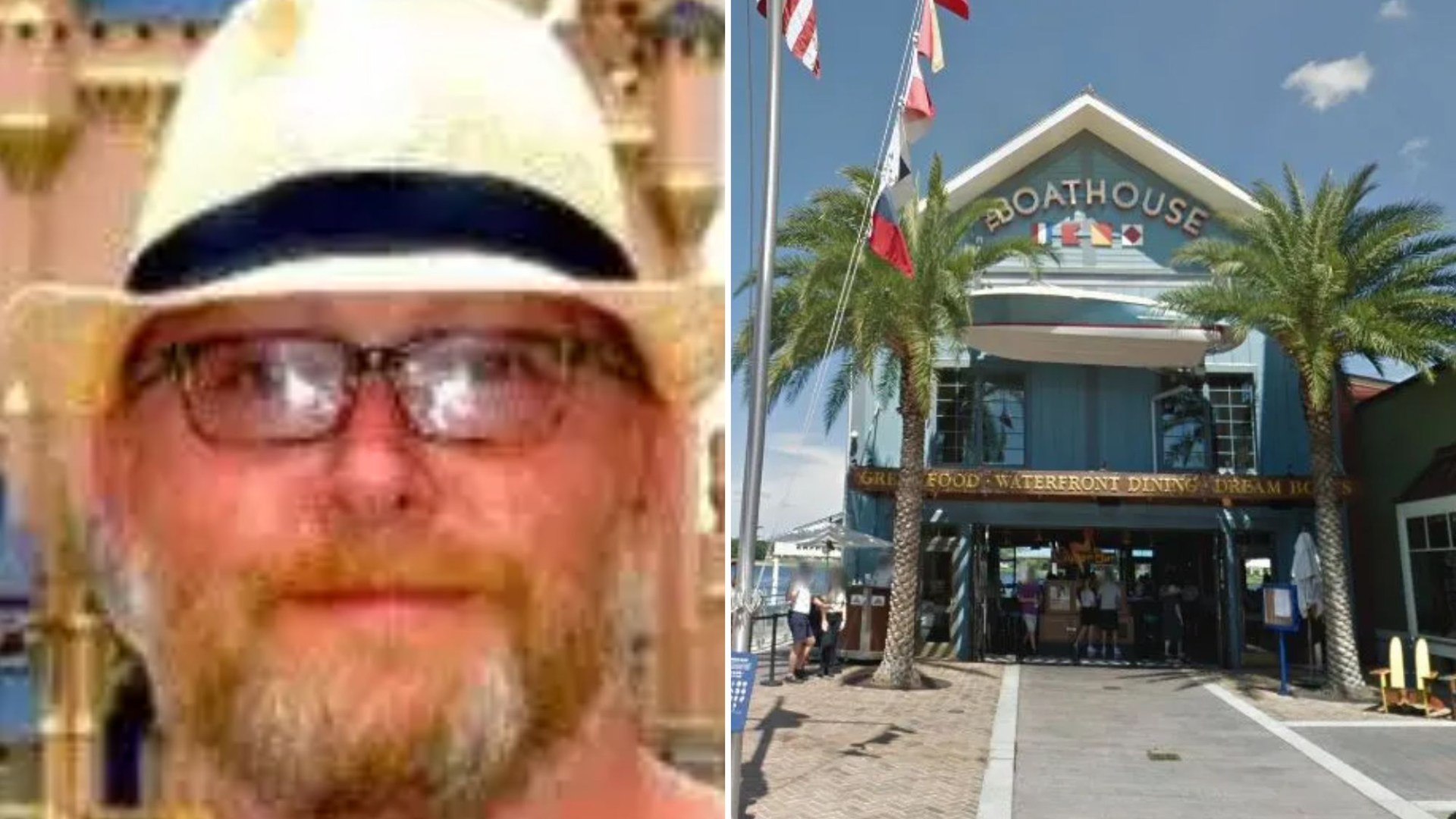 
A HEALTHY Brit dad died on a family holiday at Disney World Florida after ingesting the killer drug fentanyl.

Philip Weybourne, 40, collapsed after going to a bar, having spent a relaxing day with wife Dorlyn and their young son.

He was found to have had fatal levels on the synthetic opioid in his system. The drug is thought to have killed almost a million people in the US since 1999.

Mr Weybourne was rushed to hospital but his condition deteriorated and he died, an inquest at Maidstone County Hall heard.

Mrs Weybourne said in a statement read at the hearing: “We began our holiday at Disney World, in Orlando, Florida, on May 20, 2022.

“On May 23, we woke up late and had no theme parks to attend on that day.

“It was just going to be a relaxing day, we booked a meal at the Boat House, a seafood restaurant at Disney Springs which is also home to tours in vintage amphibious automobiles.

“My son and I had been shopping and met with Philip at 1pm at the Boat House.

“We had the best lunch, we drank champagne like we did when we lived in Dubai.

“Afterwards we went on an amphibious car ride and to end our day we headed back to the hotel at about 5.30pm.”

Her husband wanted to carry on drinking so went to the Yacht Club hotel at Epcot Resorts Boulevard alone after showering, she explained.

Two hours later Mrs. Weybourne heard a knock at her hotel room door and she was told that her husband had been taken in an ambulance to the hospital.

Mrs Weybourne said: “I asked them if it was heat stroke or a heart attack.”

He was taken to a small care hospital.

Mrs Weybourne added: “When I got to the hospital I didn’t see my husband. I just remember the doctor telling me his time of death, 8:06pm.”

The doctors told Mrs. Weybourne that her husband had died from a cardiac arrest.

Assistant coroner Catherine Wood said: “This must have been very difficult and distressing for Mr Weybourne’s family.

“I don’t know the circumstances that led up to his death as Mr Weybourne died in another country.

‘He had no underlying health issues and I am content, after the findings of the autopsy, that his death was caused by fatal levels of fentanyl, a synthetic opioid used as a pain medication.

“I offer my sincere condolences to Mr Weybourne’s family.

‘It must have been a great shock and not something you needed to relive at the inquest.

“I hope you can start to rebuild your lives.”

Fentanyl is known as a powerful synthetic opioid similar to morphine.

While fentanyl is a prescription drug, it is commonly made and used illegally.

Fentanyl is used to treat patients with severe or chronic pain, and is typically given to those who are physically tolerant to other opioids.

The National Institute on Drug Abuse reports that fentanyl can cause:

When overdosing on the drug, it causes a person’s breathing to slow down or stop all together.

Once this happens, it leads to a death in oxygen intake which causes hypoxia that can lead to a coma and permanent brain damage, or even death.