NEWYou can now listen to Acesparks articles! A picture of the hat worn by the elite, veteran...
Read more

Madonna has called on the US governt to reform fire arm safety in the wake of the Uvalde...
Read more

More than a quarter of the Yankees' season has passed, creating a lengthy sample size of results. Early indications...
Read more


Kristen Bell says cameras missed a top-tier performance: the one she gave while pitching her new Netflix series, a satire on psychological thrillers like “The Woman in the Window” and “The Girl on the Train.”

“Trying to convince different networks and streaming platforms what we were trying to do when the tone had really never been done before, that was some of my best acting,” she says lightheartedly. “‘Trust me, it’s going to be funny, and it’s going to be scary and suspenseful.'”

Bell is an executive producer for “The Woman in the House Across the Street from the Girl in the Window,” an eight-part limited series now streaming. She portrays Anna, a woman weighed down by grief following the death of her young daughter three years earlier, which resulted in the crumbling of her marriage.

She spends her days observing life in the neighborhood and becomes infatuated with a new neighbor, Neil (Tom Riley), a good-looking single dad whom she grows suspicious of after seemingly witnessing a murder at his house through her window. But Anna’s tendency to mix booze and medication can cause hallucinations, so there’s a chance she saw nothing at all.

Winter TV preview:9 new shows to watch, from ‘Pam & Tommy’ to ‘The Afterparty’

Anna leans into the typical characteristics of protagonists in these types of thrillers for comedic purposes. She drinks red wine, not by the glass, but by the bottle. Instead of being agoraphobic, like Amy Adams’ character in Netflix’s “The Woman In The Window,” for example, Anna has a paralyzing fear of rain.

“The show starts out subtle, but you start to notice the clichés,” says Bell. “For instance, my character’s self absorbed personality. She is an artist, and she can’t paint anymore (due to her grief). But she knows she should because she thinks she’s too good. And you see her paintings, and they ‘ re very average. ” Bell says the “character is the least like I’ve ever played” because “I don’t drink or stare at my neighbors.” But she sees Anna as ultimately “a kind person at heart, and she is sincere.”

Co-creator Rachel Ramras, an avid reader of this genre, adds that even “the title is a way of letting the audience know you can laugh, and you should be looking for the funny moments, as well as the scary and exciting moments. ”

Ramras and her fellow showrunners, Hugh Davidson and Larry Dorf, have a background in comedy (“The Looney Tunes Show,” “Mike Tyson Mysteries”), but they took their new series very seriously.

“This isn’t like a spoof, where we’re making fun of the ways those movies were shot or anything like that,” Davidson says. “Ours is totally committed to being a thriller, while at the same time pushing certain elements to such an extent that you could find it absurd and let yourself laugh at it.”

“It’s like we took a psychological thriller and turned everything up to an 11,” Dorf says. 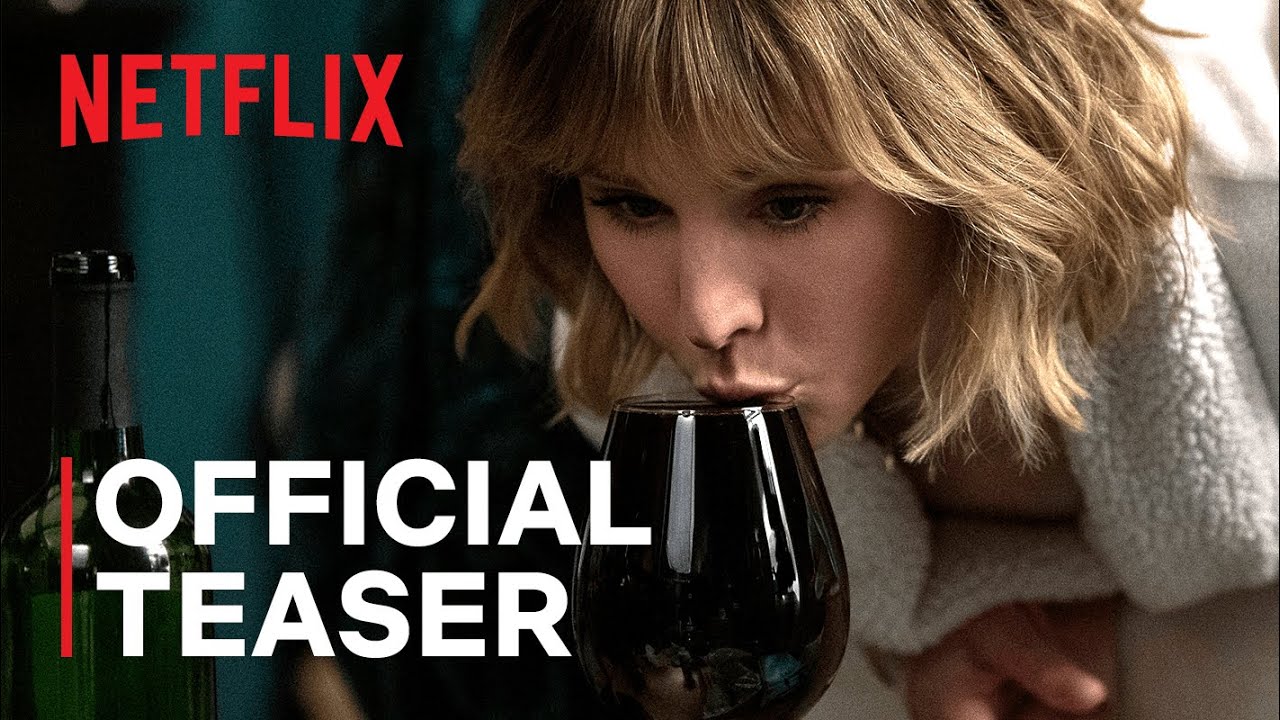 Ramras said the writing team worked with “Sharp Objects” creator Marti Noxon on an outline for “The Woman in the House” to ensure the series played out like a true thriller.

“If at the end of the day you’re not feeling like, ‘I have to watch the next episode to find out what happens,’ then it doesn’t matter how funny it is,” says Ramras. “So it was a challenge for us as writers.”

The series also posed challenges for Bell. “It was difficult to keep a straight face in a lot of the romance scenes because they were so cliché,” she says. There was also the scene when she had to be covered in mushroom soup while shooting a fight scene. And the icy shoots when ombrophobic Anna was caught in the rain.

“I was being covered in ice-cold water all the time when it was 50 degrees outside. That’s not the most glamorous job I’ve ever had,” Bell says. “We wanted that every time she went outside that she had this imposing threat. (So) was I sopping wet for half the shoot? Absolutely.”

Bell is also a fan of the finale series. “There was a part that was so outrageous when I was reading it, and yet it felt fully truthful to the tone we were attempting to commit to. It felt right, even though it’s absolutely absurd, and I don’t think there’s going to be anyone who watches the first episode and can predict the ending. And I say that as a person who was on ‘The Good Place,’ where we found out we were in hell. That was more predictable to me than how this show ends. “

‘Jeopardy!’:Amy Schneider defeated after 40 games. The moment she knew ‘I was in trouble’

NEWYou can now listen to Acesparks articles! A picture of the hat worn by the elite, veteran...
Read more
ENTERTAINMENT

Madonna has called on the US governt to reform fire arm safety in the wake of the Uvalde school shooting, which left 19...
Read more
SPORTS

More than a quarter of the Yankees' season has passed, creating a lengthy sample size of results. Early indications are the Yankees, who own...
Read more
New york

NEWYou can now listen to Acesparks articles! Shootings carried out in places where there are fewer security measures, known as "soft targets,"...
Read more
ENTERTAINMENT

Kehlani stars in music video with new girlfriend. Who is 070 Shake?

Songbirds Kehlani and 070 Shake have made their romance official through the power of music.The couple put their love on full display Wednesday...
Read more

Choose a job you love, and you will never have to work a day in your life - or never stop working. Tom Cruise...
Read more

“Abbott Elementary” actress and creator Quinta Brunson is bristling that fans of the ABC sitcom have asked her to write a school shooting...
Read more
Acesparks
CONTACT US
DMCA POLICY