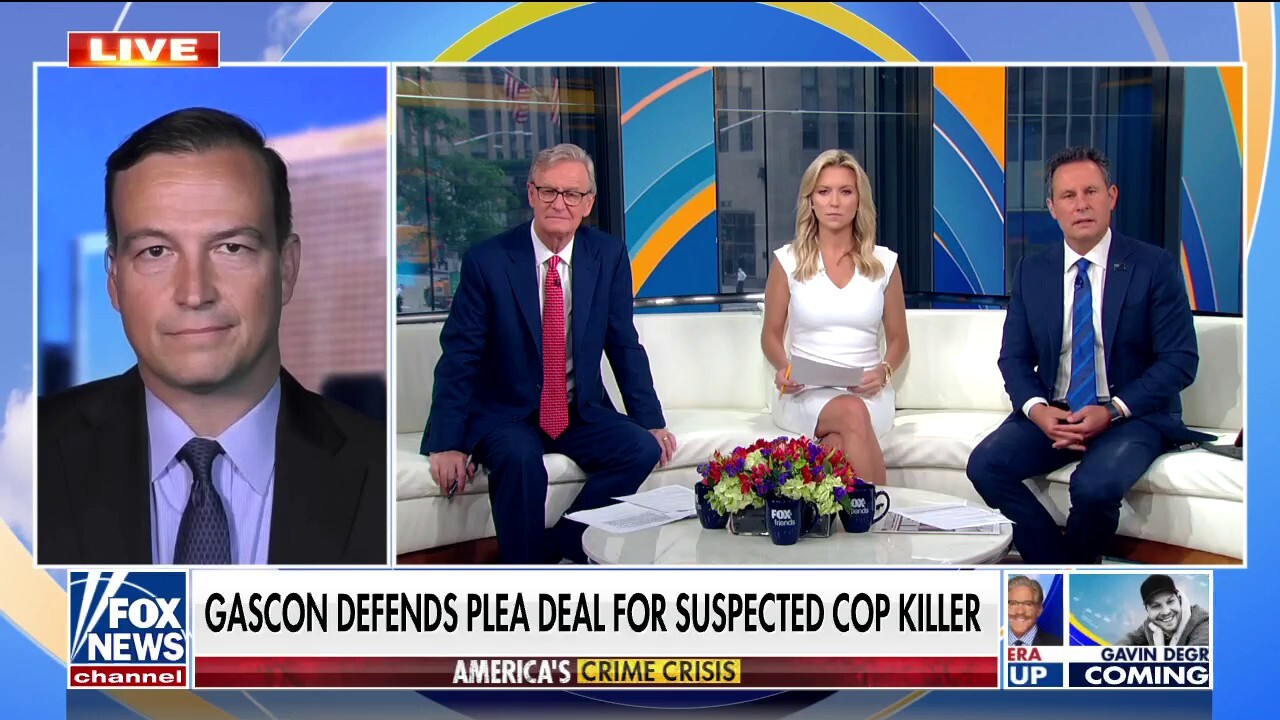 Eric Siddall, vice president of the Los Angeles Association of Deputy District Attorneys, joined “Fox & Friends” Friday to weigh in on LA District Attorney George Gascon’s response to the murder of two police officers. Siddall called it “utter nonsense” for Gascon to claim the suspect’s prior plea deal was “consistent with case resolutions for this type of offense.”

ERIC SIDDALL: He broke the system. He now owns it. And the reason why these two officers are dead is because of his policies. And I think that people are finally starting to wake up and see exactly what it means to live under George Gascon’s criminal justice system, which means that criminals get released, criminals continue to terrorize the community, and in this case, a gang member with a gun killed two El Monte police officers. That’s waking up the community. People are ready to sign. They’ve already ssed the actual required number. Now we just need the dding to make sure that ballot that this gets on the ballot.

Gascon’s statement is utter nonsense. Maybe it’s consistent under his system of justice, but in every other normal prosecutorial agency, that’s not what happens. A felon with a firearm. A gang member with a firearm. A guy caught with dope and ammunition. That guy gets state prison. He does not get probation in any real criminal justice system.

WATCH THE FULL VIDEO BELOW:

This article was written by Acesparks staff.