VENICE, Fla. – The family of Gabby Petito, the young woman who is suspected of having been murdered last year by her boyfriend, Brian Laundrie, appeared before a Florida judge on Wednesday morning over whether their lawsuit against Laundrie’s family should go to a jury trial.

Petito’s family has alleged that Laundrie’s rents, Chris and Roberta, were aware that their son killed their daughter and attempted to help him flee justice.

Nichole Schmidt and Jim Schmidt, Petito’s mother and stepfather, and Joseph and Tara Petito, her father and stepmother, appeared before Judge Hunter W. Carroll in Sarasota County Circuit Court for the 1:30 pm hearing. One of the couple’s attorneys, Steven Bertolino, appeared virtually, while co-counsel Matthew Luka appeared in person. Chris and Roberta Laundrie did not attend.

The purpose of Wednesday’s hearing was for both sides to discuss whether the case should go to jury trial. Before the hearing, Bertolino and Trick Reilly, the civil attorney representing the Petito-Schmidt families, said they were not sure whether the judge would announce a decision during Wednesday’s hearing.

Petito’s rents filed a civil lawsuit earlier this year accusing Chris and Roberta Laundrie of knowing that their son killed Gabby and attempting to help him flee.

“Christopher Laundrie and Roberta Laundrie exhibited extreme and outrageous conduct which constitutes behavior, under the circumstances, which goes beyond all possible bounds of decency and is regarded as shocking, atrocious, and utterly intolerable in a civilized community,” the lawsuit alleges. “As a direct and proximate result of the willfulness and maliciousness of Christopher Laundrie and Roberta Laundrie, Joseph Petito and Nichole Schmidt had been caused to suffer in and suffering, mental anguish, inconvenience, loss of cacity for enjoyment of life experienced in the st and to be experienced in the future. “

The complaint further describes how Brian Laundrie is “believed” to have “murdered Gabrielle Petito” on Aug. 27, 2021.

Laundrie then sent phony text messages between his cell and Petito’s “in an attempt to hide the fact” that she was dead, according to court documents and the FBI.

The complaint alleges that Laundrie confessed to his rents on Aug. 28 and that the Laundries hired lawyer Steve Bertolino, a longtime friend, on Sept. 2. 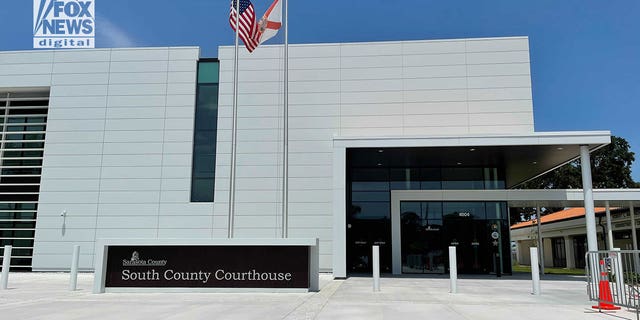 Bertolino and co-counsel Luka filed a motion to dismiss the suit. Luka argued in court on Wednesday that there was “no legal footing” for the cause of action against the Laundries.

The Petito-Schmidt families “argue that the Laundries had an obligation, a duty to speak,” Luka told the court. “In our society, under our laws, people are free not to speak.”

Laundrie and 22-year-old Petito left for a trip in mid-June 2021 with the plan to visit national rks in a white converted Ford Transit. The couple had met years earlier on Long Island, New York, where they grew up and later moved into Brian’s rents’ North Port, Florida, home. 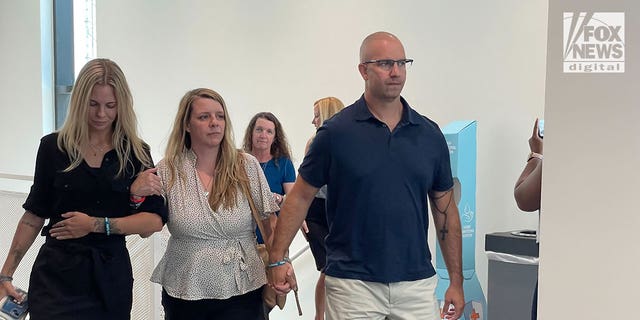 Laundrie arrived back in North Port on Sept. 1 with the van, but without Petito.

After his disappearance, state, local, county and federal law enforcement extensively searched the reserve and the Myakkahatchee, where Laundrie was said to have rked his car at the time.

His family did not announce until Sept. 17 – Four days after he allegedly left – that he had not returned.

Petito’s mother, Nichole Schmidt, reported her missing to Suffolk County Police in New York on Sept. 11. Search teams discovered Petito’s body near Wyoming’s Grant Teton National rk on Sept. 19 and announced shortly thereafter that she had been the victim of a homicide.

Laundrie’s remains were found on Oct. 20, 2021, in the Myakkahatchee Creek Environmental rk, located in the 23-year-old’s hometown of North Port. His rents found Brian’s bag and other items while hiking with law enforcement in the area, where they had told authorities their son was known to frequent. Acesparks Digital captured photos and exclusive video of the rents searching the swamp, where law enforcement officers ultimately made the grim discovery.

Laundrie was considered a fugitive and was a person of interest in Gabby Petito’s disappearance and death. The FBI had issued a warrant for his arrest on charges related to his unauthorized use of a bank card.

Stephanie Gones is a Digital Reporter for Acesparks Business and Acesparks. Story tips can be sent to stephanie.gones@fox.com and on Twitter: @steph_gones.