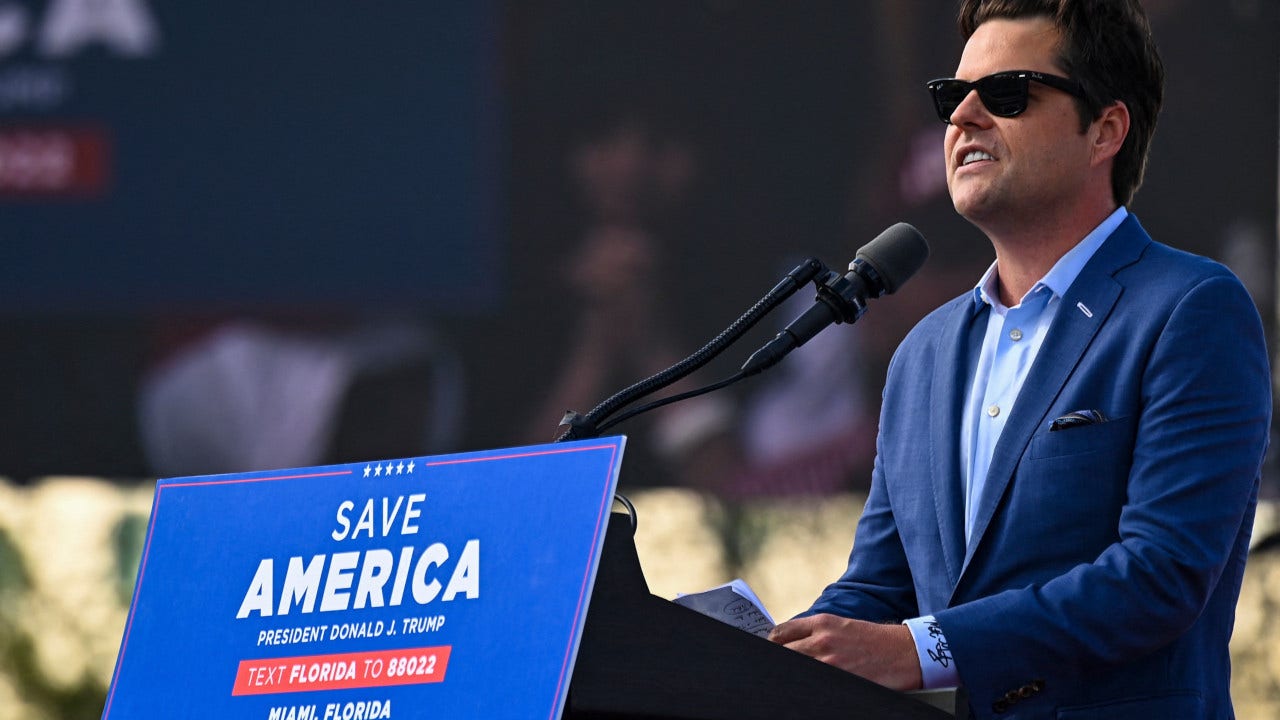 
Florida Republican Rep. Matt Gaetz gave a full-throated endorsement of former President Donald Trump for the 2024 GOP nomination on Wednesday as other conservatives blamed the ex-president for the Republican party’s middling performance in the midterm elections.

While some conservative commentators lashed out at Trump after several of his endorsed candidates lost their races Tuesday, Gaetz wrote in a Daily Caller op-ed that a Trump 2024 run is “necessary” to “continue to disrupt and serve the people against the Swamp. ”

“The job President Trump started was not finished. Only Trump can be trusted to enact the ‘America First’ agenda he ran on in 2016. We won’t accept any imitation,” Gaetz wrote.

The Freedom Caucus lawmaker called out GOP establishment figures like former House Speaker Ul Ryan and billionaire mega-donor Ken Griffin, who have each said they would support Florida Gov. Ron DeSantis if he runs in the 2024 presidential primary. Griffin told Politico in an interview last week, “I think it’s time to move on to the next generation,” and Ryan said Wednesday that Trump is a “drag on our ticket” that contributed to disappointing results for Republicans in the midterms.

DeSantis’ nearly 60% landslide victory thrilled conservatives, with some declaring he will be “the th forward for the GOP.”

But Gaetz argued that anyone else but Trump in 2024 would push the Republican party back towards corporate interests and away from the populist issues like immigration and “draining the Swamp” that won Republicans the White House in 2016.

“Why would we stop the progress now and go back to Republicans supported by Wall Street? We shouldn’t bench our star quarterback at halftime,” Gaetz wrote.

He also said failing to re-nominate Trump “would be a reward to the scumbags on the January 6 Committee and all of those who are aligned against our movement.”

“Donald Trump started this and has no intention of being a retiree. He earned our trust by keeping his promises,” Gaetz wrote. “America is broken under Biden. Trump alone can fix it.”