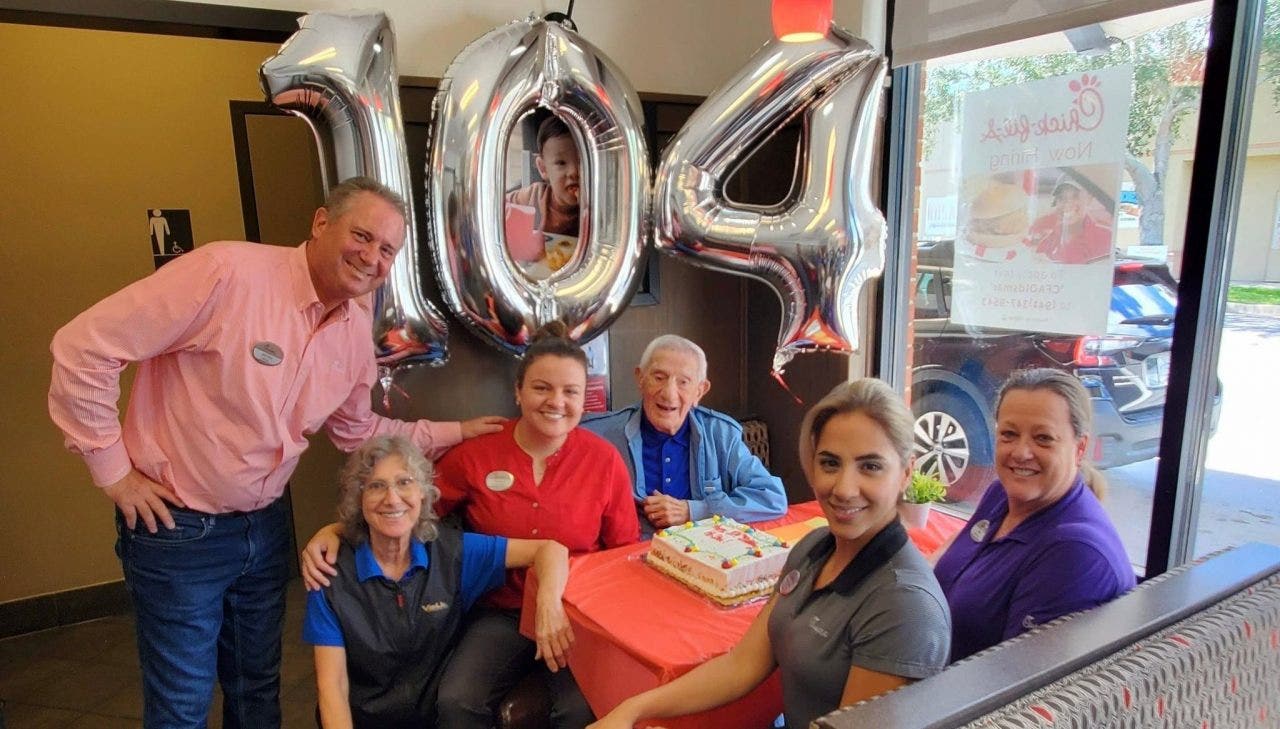 
For the sixth year in a row, a Florida Chick-fil-A celebrated the birthday of a longtime customer who has been coming to the restaurant on a regular basis for over 20 years!

In a Facebook post, the restaurant said Mr. Steve visited every morning for over two decades until 2018. He sat in the same booth, ordered the same breakfast and read the morning per during his daily visits. Now, he visits on a regular basis.

“His visit was a daily highlight and our team would carve out a good five to 10 minutes each day to sit and talk with him,” the post said.

He is described as one of the “sweetest, most genuine, kind, and humble people we have had the pleasure to know” by the restaurant employees, many of whom have developed a special relationship with him over the years.

“He always gave the best advice about life, about what’s really important, and expressed a genuine interest in the happenings of our lives,” the post said.

The restaurant shared pictures from each celebration since Mr. Steve’s 99th birthday.

When he turned 100, the location said it went “big” by dedicating a booth to Mr. Steve and gifting him free CFA for life. Their actions resulted in national news attention and the opportunity for Mr. Steve to film a Chick-fil-A commercial in New York City.

In 2020 for Mr. Steve’s 102nd birthday, CFA team members showed up to his home and celebrated him with a socially distanced rty in the driveway.

In 2021, the restaurant opened its dining room just for Mr. Steve in order to celebrate his 103rd birthday.

The restaurant said even though the rties had to shift a bit during the ndemic, the “heart of the celebration has remained the same,” which is to honor a man who has imcted the Oldsmar team, and captured the attention of the community and the country.

“As we celebrated 104, we couldn’t help but feel immensely grateful for the opportunity to return even a portion of the love that he shares with our team, and for the bond that we have been able to build over the last six years of birthdays,” the restaurant wrote on Facebook.