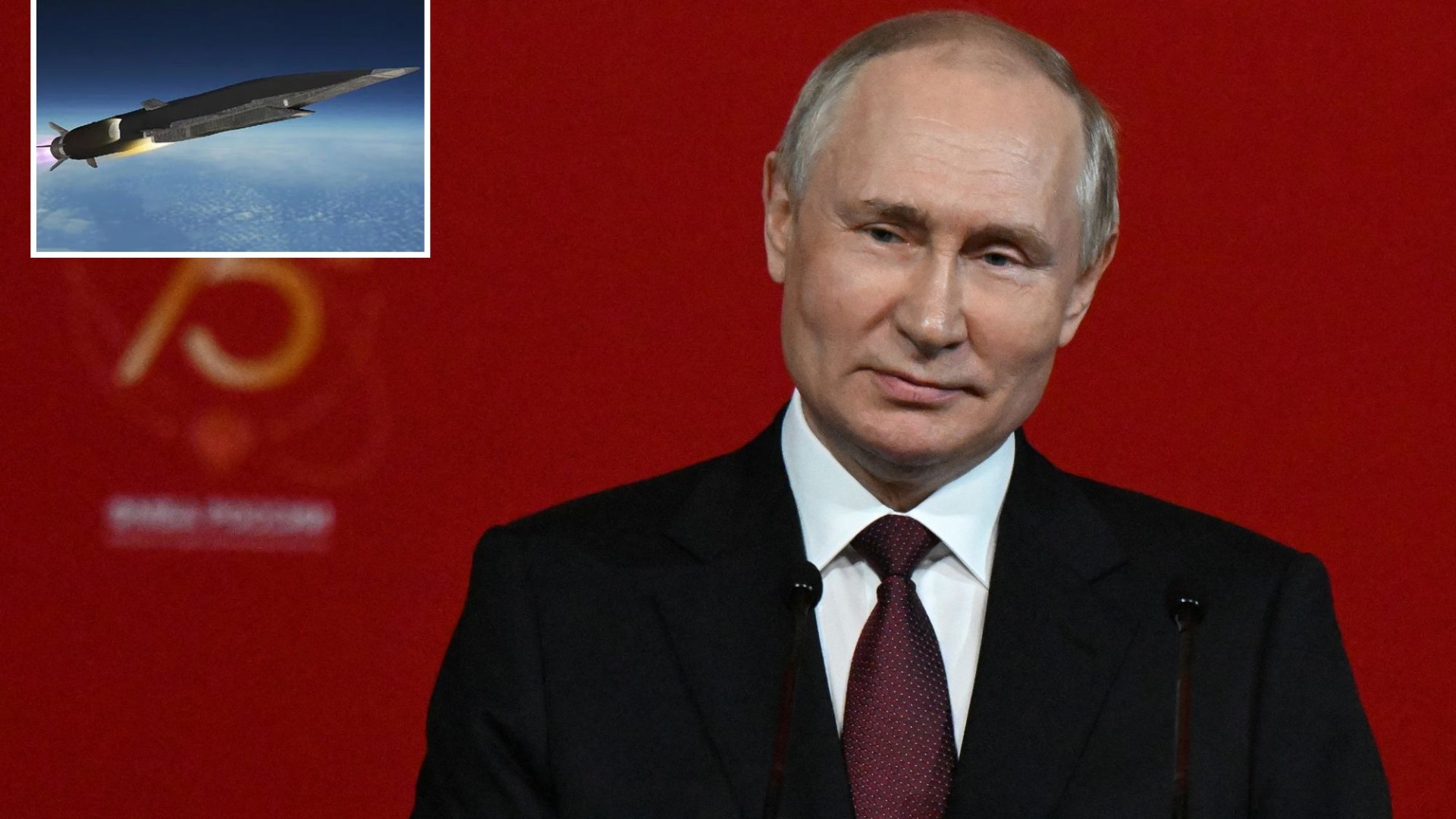 
VLADIMIR Putin could be planning to unleash a Bond villain-style hypersonic EMP strike to cripple Ukraine if he can’t drop a nuke.

Russian special forces are said to be equipped with the special device, which can knock out electronics within a six-mile radius.

Known as an electromagnetic pulse strike – or EMP – this sinister weapon has the ability to fry Ukraine’s power grid, plunging millions into darkness.

The devilish device can also disable communication towers and other electronic assets in what could be a hammer blow to Ukraine’s ability to defend itself, experts say.

EMPs work by creating an electromagnetic pulse so great that it short-circuits enemy devices, according to the Times.

They’re often strapped to hypersonic nukes missiles like the Zircon and fired 120 miles into space, knocking out electronic devices across an area the size of the US, according to Nasa.

The non-nuclear version is believed to be able to wipe out enemy assets within a six-mile range.

According to weapons expert Justin Bronk, Russia has a stockpile of EMPs ready to go and said some Spetznaz units in Ukraine already carry them.

“EMP strikes leave very little visible trace so it’s difficult to know whether one has already been used without being there on the ground to investigate,” he said.

In July, Moscow boasted about a new EMP cannon that could fry enemy comms miles away.

Russia has already resorted to bombing critical civilian infrastructure in response to embarrassing battlefield losses in southern and eastern Ukraine.

And now experts won’t rule out Russia using an EMP strike to plunge millions of innocent Ukrainians into darkness.

Francis Tusa, a defense analyst, said that Russia “has already been attempting to make Ukraine as uninhabitable as possible ahead of winter”.

He added: “So I don’t rule out the possibility of an EMP strike as part of what seems to be a ‘scorched earth’ policy.”

Such a strike risks escalating the already tense war by knocking out the infrastructure in neighboring NATO countries – which they could perceive as an attack on their territory and respond with a strike.

Electronics warfare boffin Thomas Withington said: “I think that the big danger for the Russian government is that once it performs an EMP nuclear detonation.

“It risks losing strategic control of the situation as it cannot know for certain how the international community, and more importantly Nato, might act.”

There are fears Putin could deploy and EMP strike to stop further territory being reclaimed by advancing Ukrainian troops.

Council on Geostrategy director James Rogers said it was looking “increasingly” likely that Putin would use an EMP strike to create a fresh break in Ukraine.

“We know that there is pressure on him with all the chatter within Russia about the failure of their generals,” he said.

“An EMP strike could provide that break that would turn the tide for him. But I don’t think that he is yet in a position.

“The real stepping stone to escalation — if there is one — is if the Ukrainians were to recapture the territory they had lost and begin to march on Crimea.”

The warning comes days after US spooks caught frustrated generals discussing the use of tactical nuclear weapons in Ukraine.

Putin’s officials are believed to have spoken about when and how Moscow might use such a nuke, following a series of Russian setbacks on the battlefield and the withdrawal from Kherson.

President Putin was reportedly not part of the conversations in the Kremlin, which came against a backdrop of increasingly tense nuclear rhetoric between Russia and the West.

John F Kirby, a National Security Council official, declined to comment on “the particulars” of the language used by Vlad’s insiders but added: “We’ve been clear from the outset that Russia’s comments about the potential use of nuclear weapons are deeply concerning. , and we take them seriously.

“We continue to monitor this as best we can, and we see no indications that Russia is making preparations for such use.”

Russia’s terrifying nuclear arsenal is believed to contain up to 6,000 warheads, enough to cause worldwide devastation and between 200 to 300 million casualties.

That includes as many as 2,000 tactical nuclear weapons, designed to be used on the battlefield to overwhelm conventional forces.

Such weapons have never been used in combat before but could be deployed in various ways, such as by artillery shells or missiles.

Even the use of a smaller tactical nuke could kill thousands and leave parts of Ukraine uninhabitable for years to come.