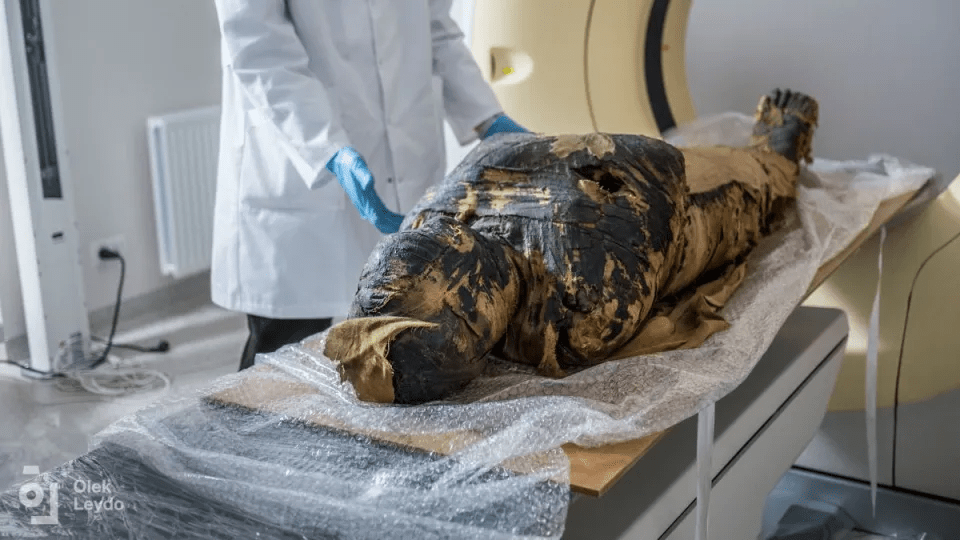 
THIS is the face of the 2,000-year-old Egyptian woman who is believed to be the world’s first pregnant mummy.

New technology has allowed researchers to reconstruct the face of the ancient woman – dubbed “the Mysterious Lady” – who apparently died of cancer two millennia ago.

She is thought to be the world’s first documented pregnant mummy after remains of a fetus were found in her womb.

Dr. Wojciech Ejsmond, an archeologist from the Polish Academy of Sciences, said people see mummies as curiosities, but it was vital for ancient Egyptians to help preserve the likeness of their dead.

Through the digital reconstruction of her features, Ejsmond said it allows researchers to “rehumanise” data.

“People tend to forget that these were once living people who had their own individual lives, loves, and tragedies,” said Dr. Ejsmond.

The ancient woman is thought to be from the city of Thebes – modern-day Luxor – and her body was found sealed in a sarcophagus.

Her body was discovered in 1826 and taken out of Egypt into Warsaw, Poland.

Interestingly, the sarcophagus belonged to a male priest – meaning the mysterious lady was sealed in someone else’s tomb.

Scans have revealed that the woman was not only pregnant when she died, but also had deadly cancer.

According to the researcher’s website, tests conducted on the mummies in the research facility reveal health issues the people may have suffered when they were living nearly 2000 years ago.

“The tests allow us to find out if there are any visible signs of health conditions”, their website says.

“For example, these tests can detect tumors, injuries, and fractures as well as metabolic, infectious, vascular, and parasitic diseases.”

Deformities found behind the pregnant mummy’s eye suggest she may have died of a large tumor.

Researchers estimate the woman died around 28 weeks of pregnancy, and the fetus ‘pickled inside her’ like an egg.

Some experts believe the so-called fetus found inside her womb may be an embalming pack, which was placed in the body to replace organs during the mummification process.