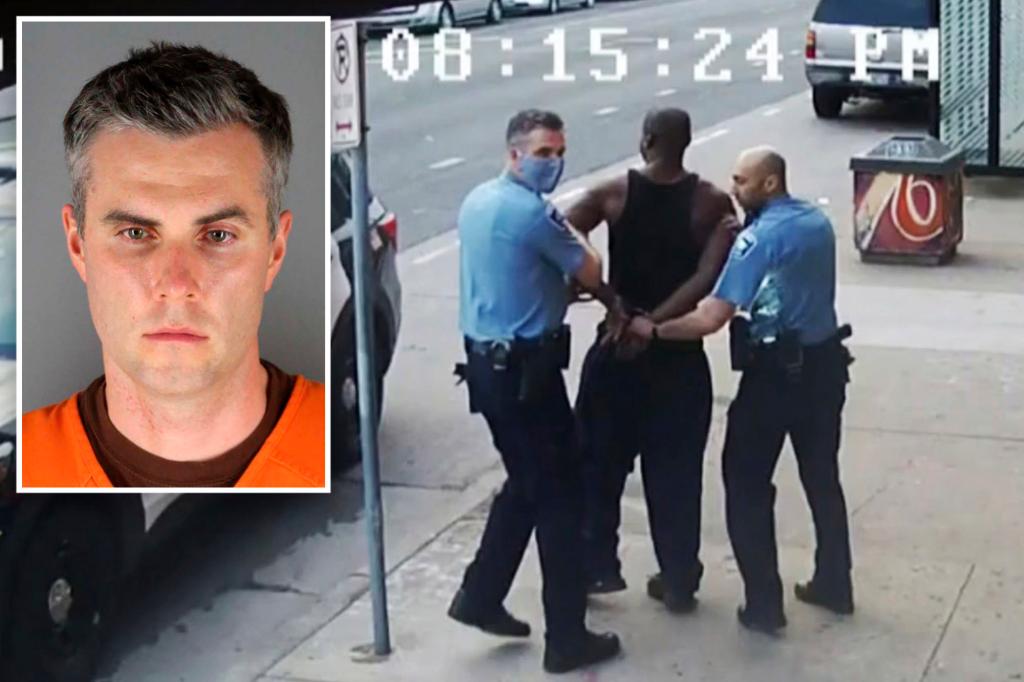 Lane, 39, and two other ex-cops, J. Alexander Kueng and Tou Thao, have already been convicted in federal court in the caught-on-camera killing that sparked worldwide protests against police brutality.

According to the new plea deal. Lane will serve three years in federal prison while also serving his sentence for violating Floyd’s civil rights.

As of now, Lane has not been sentenced for the federal civil rights charge.

“My client didn’t want to risk losing the murder case so he decided to plead guilty to manslaughter with a 3-year sentence, to be released in 2 years, and the murder case dismissed,” Lane’s attorney Earl Gray said.

“The sentence will be concurrent with his federal sentence and he will serve his time in a federal institution. He has a newborn baby and did not want to risk not being part of the child’s life. ”

The guilty plea comes just one week before the two-year anniversary of Floyd’s May 25, 2020, killing at a Minneapolis intersection at the hands of former police officer Derek Chauvin.

“His acknowledgment he did something wrong is an important step toward healing the wounds of the Floyd family, our community, and the nation,” Minnesota Attorney General Keith Ellison said in a statement Wednesday.

“While accountability is not justice, this is a significant moment in this case and a necessary resolution on our continued journey to justice.”

Chauvin, 46, who was captured on bodycam footage pressing his knee to Floyd’s neck for more than nine minutes, was convicted on state charges of murder and manslaughter last year and was sentenced to 22 1/2 years in prison in June.

The hard-to-watch clip shows Floyd gasping for air and repeatedly telling Chauvin that he could not breathe.

Chauvin also pleaded guilty to federal charges and is awaiting sentencing in that case.

Lane, Kueng and Thao were convicted in federal court in February of depriving Floyd of his right to medical care.

Thao and Kueng were also convicted of failing to intervene to stop Chauvin during the killing.

Both Thao and Kueng – who rejected the plea deal – are scheduled to go to trial in June on state charges.

Lane’s attorney, Earl Gray, said that negotiating a deal for his client was tough due to the fact they still don’t know what federal sentence awaits them, but also acknowledged that the deal was a smart move since Lane was facing a 12-year sentence if convicted.