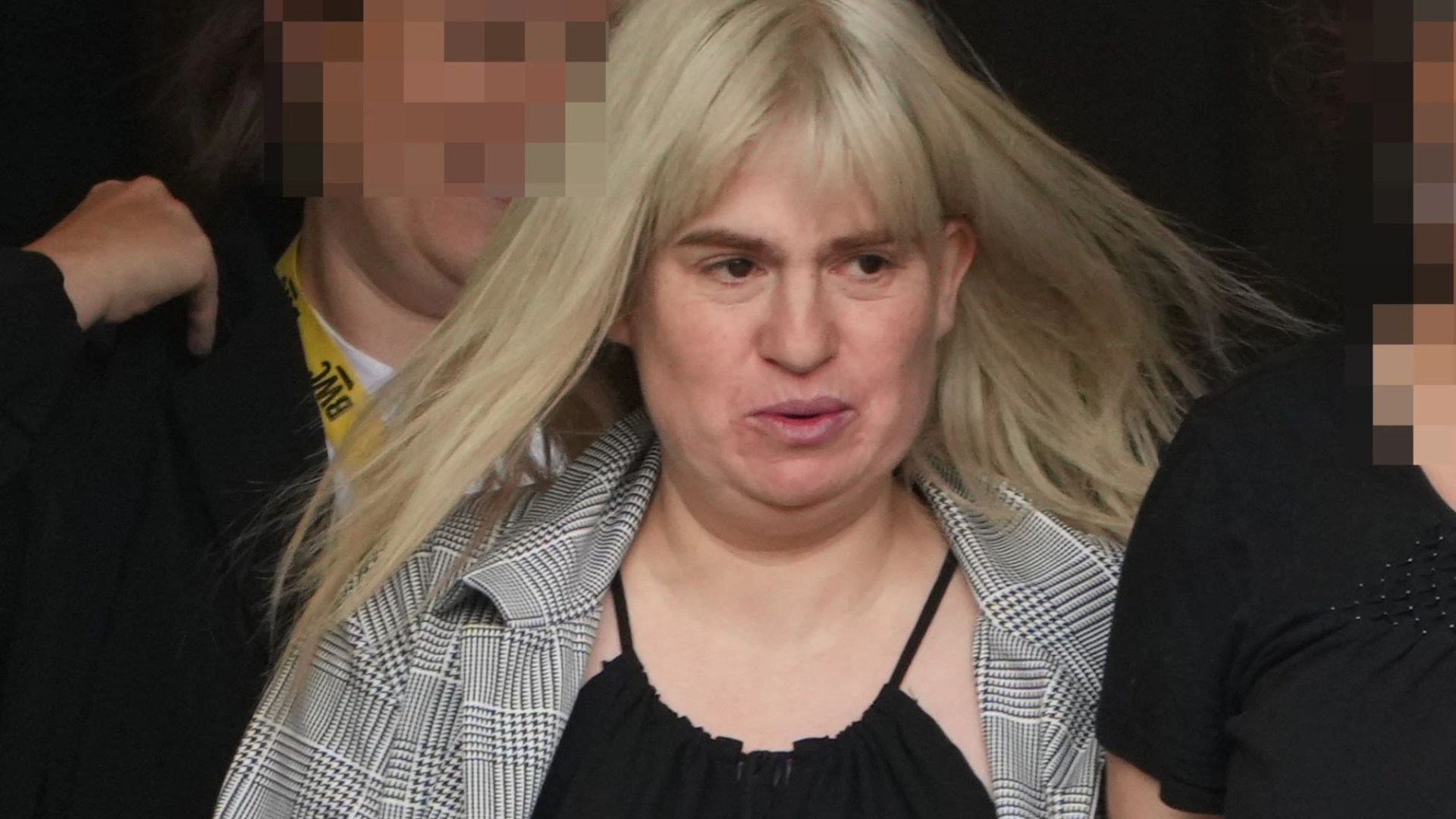 
A SHAMELESS woman downed cocktails on boozy girl’s nights and went sightseeing in London while leaving seven children in a squalid home.

Gemma Brogan, 41, and Christopher Bennett, 35, squandered the £7,000-a-month in benefits meant for five of the kids.

Meanwhile the children, aged between four and 17, were forced to share the filthy three-bedroom home with 36 dogs.

One of the kids, aged seven, was found by police wearing just a nappy and covered in animal faeces asleep on a sofa near a dead dog.

Officers only discovered one of the children had blonde hair after it was washed several times, while the rest all had rotten teeth.

At one point, eight children had lived in the house of horrors in Eastbourne, East Sussex, but a boy had moved out in July.

It can now be revealed Brogan enjoyed a drunken night out on August 5 – after she had been charged with seven counts of child neglect.

Brogan, who was jailed for six years alongside Bennett on Monday, also posted pictures of her posing with a pal and a photo showing two large jugs of booze.

She captioned the pictures: “Girls night out”.

Just days later, Brogan shared pictures from a sunny day out in the capital.

Brogan was solely paid £84,000-a-year in benefits, which is understood to have been made up of Disability Living Allowance (DLA) payments for five of the children.

Despite the massive amount of taxpayer cash flooding her account every week, the ex-dance teacher never flagged up on the system.

The Crown Prosecution Service did not reveal how the benefits were broken down in court.

According to guidelines though, anyone who applies for DLA can be paid up to £156 a week for each child under 16 that requires it.

Brogan could also boost the payments by claiming for other benefits such as carer’s allowance, universal credit and child benefit, the Daily Mail reports.

Sentencing, Judge Stephen Mooney said: “How do you have 35 dogs, £7,000 in benefits, how is this allowed to happen?”

Horrified locals told how the children were scarcely seen leaving the filthy home.

But one said if they did, they were “always unkempt and dressed in absolute rags”.

Schools in the area also had extensive records of concerns for the children and neighbors claim they reported them to social services.

Lewes Crown Court heard police were called to the home after Bennett phoned 999 claiming he was going to stab Brogan.

Bodycam footage shows police wrestling through the hoard of dogs, who were desperate to escape, into the disgusting house.

They found the house reeking of dog waste with “little or no food” in the fridge and filthy bedding.

Bennett can be seen yelling “you’re having a laugh” at the police as they lead him away from the house on suspicion of child neglect.

Children’s services carers found the youngest children did not know how to wash or brush their teeth.

They were all underweight, pale and could not sit at a table or use a knife or fork.

One child was so neglected she was unsteady on her feet, was incredibly weak, displayed bizarre eating habits and had no social skills.

Another had to visit a dentist to have 13 rotten teeth removed, while one could not read or write and did not know the weeks or months of the year.

The court was told that the couple had a “toxic relationship”.

East Sussex County Council confirmed a safeguarding review has been launched but would not comment further while the case was ongoing.