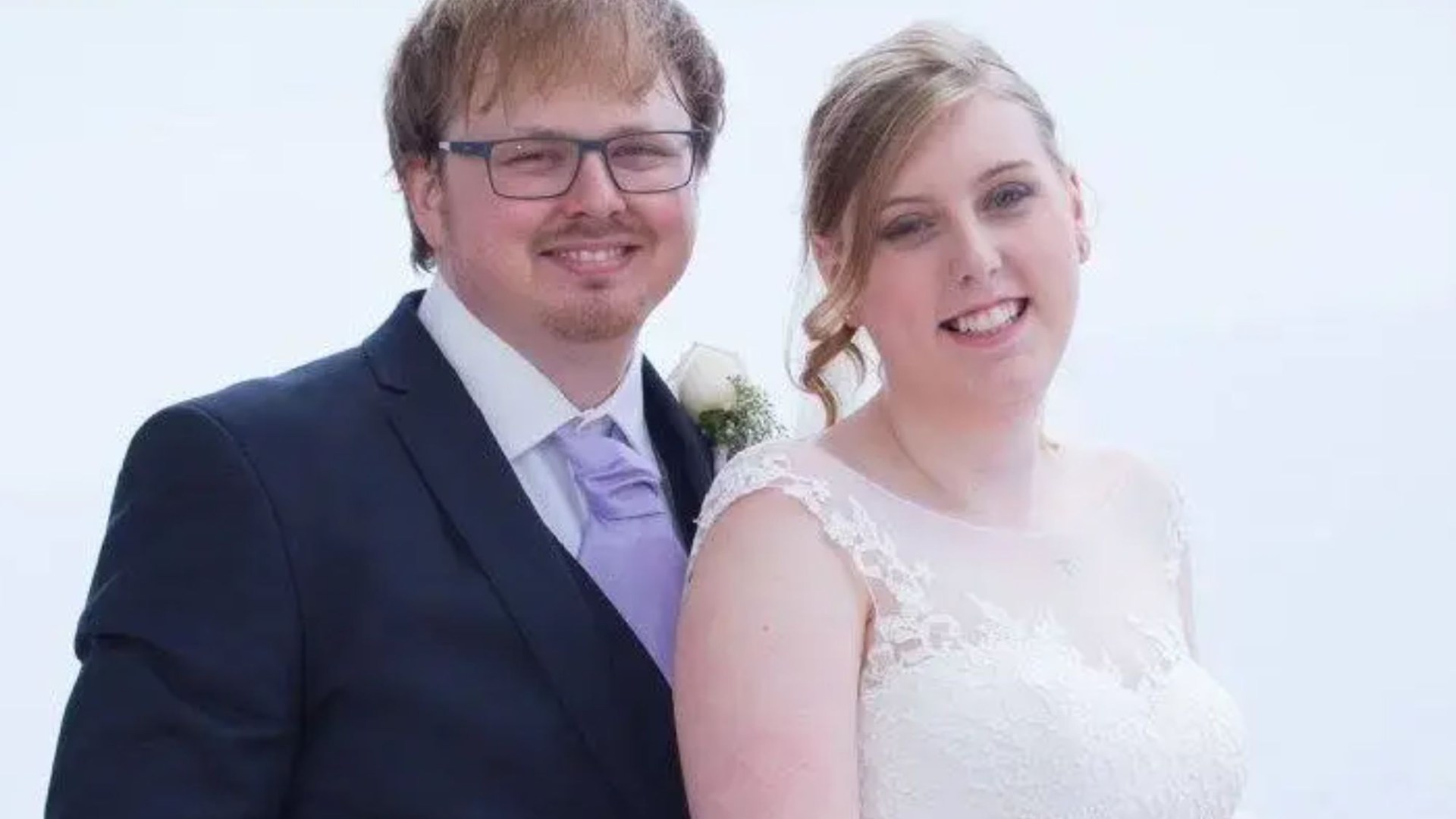 
A MONSTER husband who strangled his wife to death just six months after she gave birth to their daughter has been jailed.

Matthew Fisher murdered Abi Fisher, 29, then hatched a gruesome plot to cover up his crime.

The 29-year-old reported the primary school teacher missing and issued a desperate plea for information on Facebook.

He wrote: “Has anyone seen Abi if you have please let me know or get her to give me a ring.”

In reality, Fisher had dumped his wife’s body in undergrowth 12 miles from their house in Castleford, West Yorkshire, where chillingly he used to play as a child.

Abi was discovered on July 11 – three days after she was last seen alive leaving the family home.

She had only given birth to the couple’s daughter through IVF in January.

Fisher has now been jailed for life with a minimum of 15 years after previously pleading guilty to murder.

Sentencing, the judge said: “You have murdered your wife, the woman you loved.

“You have left your daughter without any parent to care for her. By your actions, you have taken one life and left the lives of so many others in tatters.”

The court was told Fisher called the police on July 9 to report that he was “concerned for his wife” after he woke up to find she was not there.

He was spotted on CCTV leaving the Castleford area at 4am on July 9 driving along the M62 towards where Abi’s body was found.

The couple’s baby daughter had been left alone while Fisher disposed of his wife’s body.

James Lake, prosecuting, said this was “plainly efforts to see if her [Abi’s] body had been discovered.”

Officers analyzing his phone were led to the Brierley area where they discovered Abi’s partially-covered body near a lay-by.

Fisher’s fingerprints were found on tape near his wife’s body.

A post mortem previously heard how Abi, who taught at Featherstone All Saints CofE Academy, died from strangulation.

She had also suffered multiple blows to her head and face.

Abi’s parents Andrea and Michael Richardson and brother Nathan Richardson have paid tribute to the teacher.

They said: “We are extremely grateful to West Yorkshire Police for their hard work and dedication in finding Abi’s body so quickly and in gathering enough evidence that Matthew Fisher could be charged speedily.

“It has been a terrible time for the family and they would like to praise their Police Family Liaison Officers for their kindness and understanding and for keeping us informed of developments in the case in such a timely manner. They have been very supportive throughout this whole ordeal.

“We would like to thank all the court staff for ensuring the smooth running of the proceedings, the prosecuting counsel and his staff for their roles and the Judge for showing consideration for all the people who attended court today.

How you can get help

Women’s Aid has this advice for victims and their families:

If you are a victim of domestic abuse, SupportLine is open Tuesday, Wednesday and Thursday from 6pm to 8pm on 01708 765200. The charity’s email support service is open weekdays and weekends during the crisis – messageinfo@supportline.org.uk.

“Finally we would like to extend our heartfelt thanks to all the police who searched for Abi, our friends and family and to all the people from Castleford and surrounding areas who spent hours and hours searching for our baby girl.

“You have no idea what it means to us as a family to know so many people cared enough to spend their time looking for her.”

Her family said in a statement: “Our beautiful Abi. Words cannot describe how utterly devastated we are at the loss of you.

“We miss you dearly. We promise to make you proud every single day, and will continue to bring up your amazing little baby girl the way you would.

“Heaven may have gained an angel but we have lost you and that for us seems like the most unjust act to happen.

“We as a family would like to thank every single person who showed enough heart and love to look for our precious angel.

“Words will never describe how much this means. For now our beautiful angel.. We love you so much.”