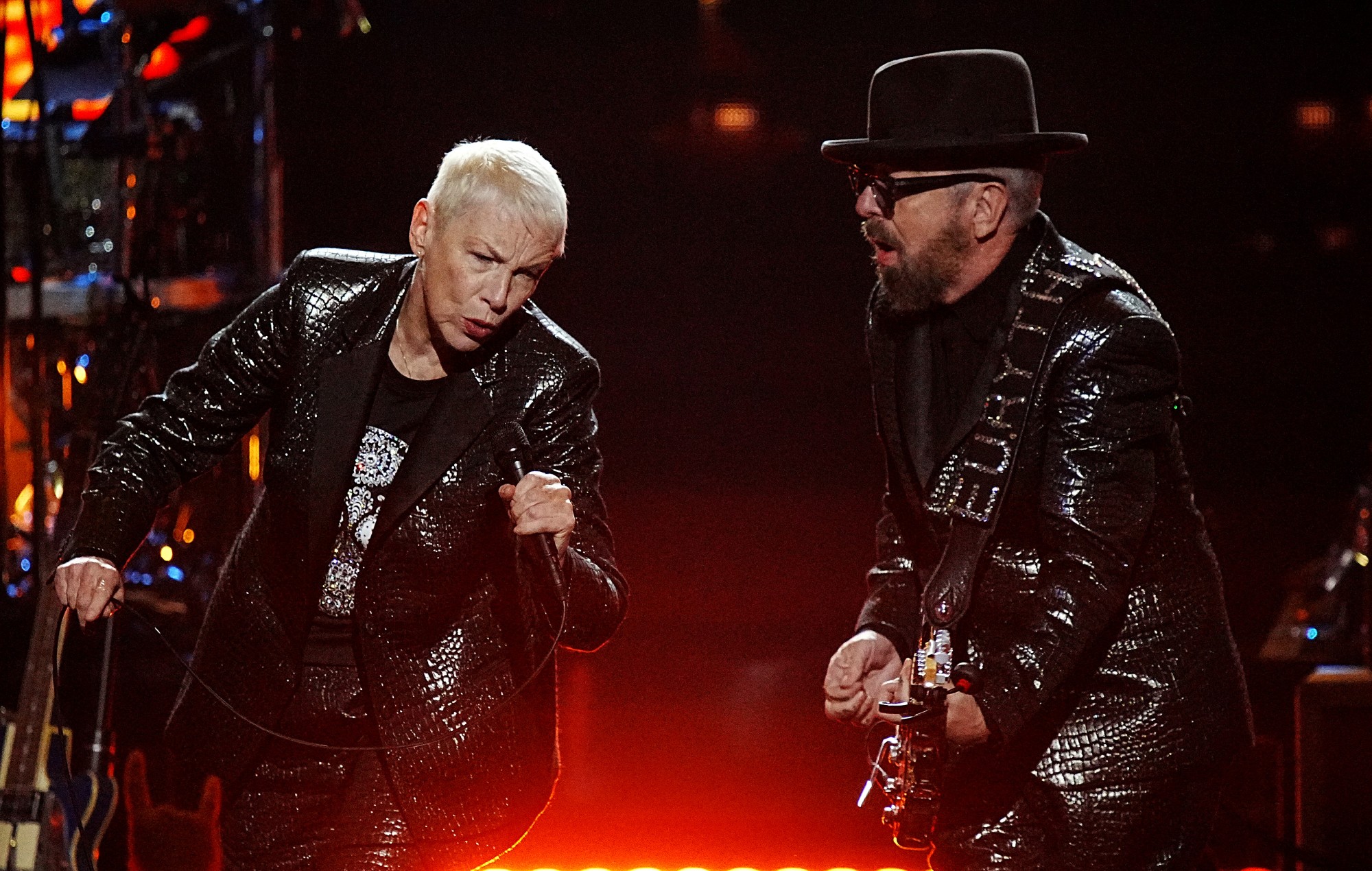 
Dave Stewart and Annie Lennox of Eurythmics have donated to a fundraiser set up by singer-songwriter Faye Fantarrow to raise money for brain tumor treatment.

The 20-year-old musician was diagnosed with the rare and aggressive tumor in September after having leukemia twice as a child. According to her JustGiving page, doctors believe it may have been a rare consequence of the radiotherapy she received when she had a bone marrow transplant after fighting leukemia for the second time aged 13. The only treatment available is a clinical trial in California and costs about £450,000.

Stewart is mentoring Fantarrow after signing her to his Bay Street Records label and giving £50,000 towards her JustGiving fundraiser, while his Eurythmics bandmate Lennox pledged £10,000. As of today (November 21), just over a quarter of the necessary money has been raised.

Stewart said of his protégé: “I love you and your amazing creativity Faye, you are one of the great songwriter/artists of our time and we need you.”

A benefit show for Fantarrow is being held in her hometown of Sunderland on Saturday (November 26), featuring local names Tom A Smith, The Lake Poets, Eve Cole and Lottie Willis. You can buy tickets here.

Fantarrow began to feel unwell after returning from the Bahamas, where she recorded her debut EP. “I wondered if it was just jet lag or even the stress and excitement of what was going on, I’d just had the most insane experience of my life recording my EP,” she told the Sunderland Echo.

She told BBC Radio Newcastle earlier this month that the possibility of going for treatment in the US “would never have been an option” without Stewart. “He said he would put money towards it and help fundraise, so we could tell my consultant there would be funding straight away,” she said. “My consultant got in touch with Dr Wang in California who said the treatment was an option and was positive about the outcome.”

You can donate to the #FightForFaye fundraiser here.

Elsewhere, Eurythmics reunited for a rare live performance at the Rock And Roll Hall Of Fame earlier this month after they were chosen as one of this year’s inductees.