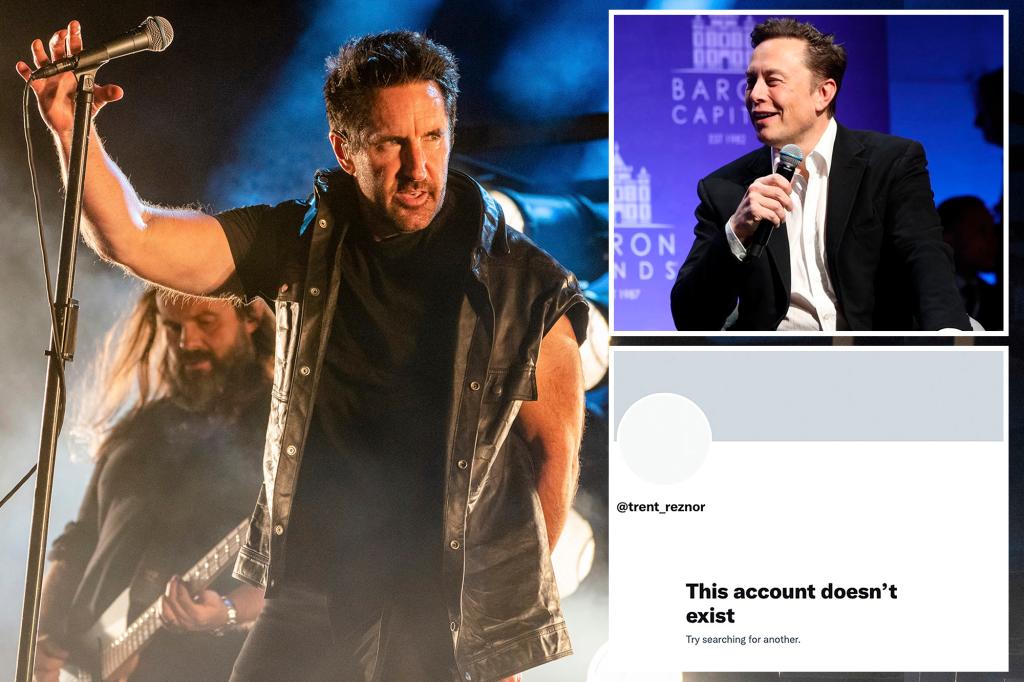 
Elon Musk blasted “Nine Inch Nails” front man Trent Reznor as a “crybaby” after the rocker deactivated his Twitter account in protest of the billionaire’s overhaul of the site.

Reznor joined a growing list of celebrities who have been critical of Musk’s Twitter takeover, revealing over the weekend that he was leaving the platform to protect his “mental health.” His account had more than 1.6 million followers when it went offline.

“I’m about to leave,” Reznor said in a Nov. 19 interview with The Hollywood Reporter. “We don’t need the arrogance of the billionaire class to feel like they can just come in and solve everything.”

“Even without him involved, I just find that it has become such a toxic environment,” Reznor added. “For my mental health, I need to tune out. I don’t feel good being there anymore.”

Criticism of Musk’s handling of Twitter intensified last week after he reinstated former President Donald Trump’s Twitter account – a move left-leaning detractors have long feared. Musk lifted the account’s suspension after conducting a Twitter poll in which the majority of respondents said Trump should be reinstated.

“And it turns out that Trent “nine inch nails” Reznor is actually a crybaby,” Musk tweeted Monday.

Musk also replied to a critic who called him a “stupid idiot” while describing Reznor as “one of the best musicians ever.”

“I like his music tbh, but maybe Etsy is more his style,” Musk said.

Reznor has yet to publicly respond to Musk’s tweets.

Other celebrities who have left Twitter since Musk bought the platform include Whoopi Goldberg and Gigi Hadid.

Musk laid off roughly half of Twitter’s workforce earlier this month as part of a cost-cutting push meant to head off a dire financial outlook for the company. Hundreds more employees have reportedly left since the billionaire demanded that the remaining workers “opt in” to a “hardcore” work environment under his leadership.

Elsewhere, Musk said the full rollout of his overhauled “Twitter Blue” subscription service would be delayed indefinitely until the company had “high confidence” that account impersonators would be held in check.