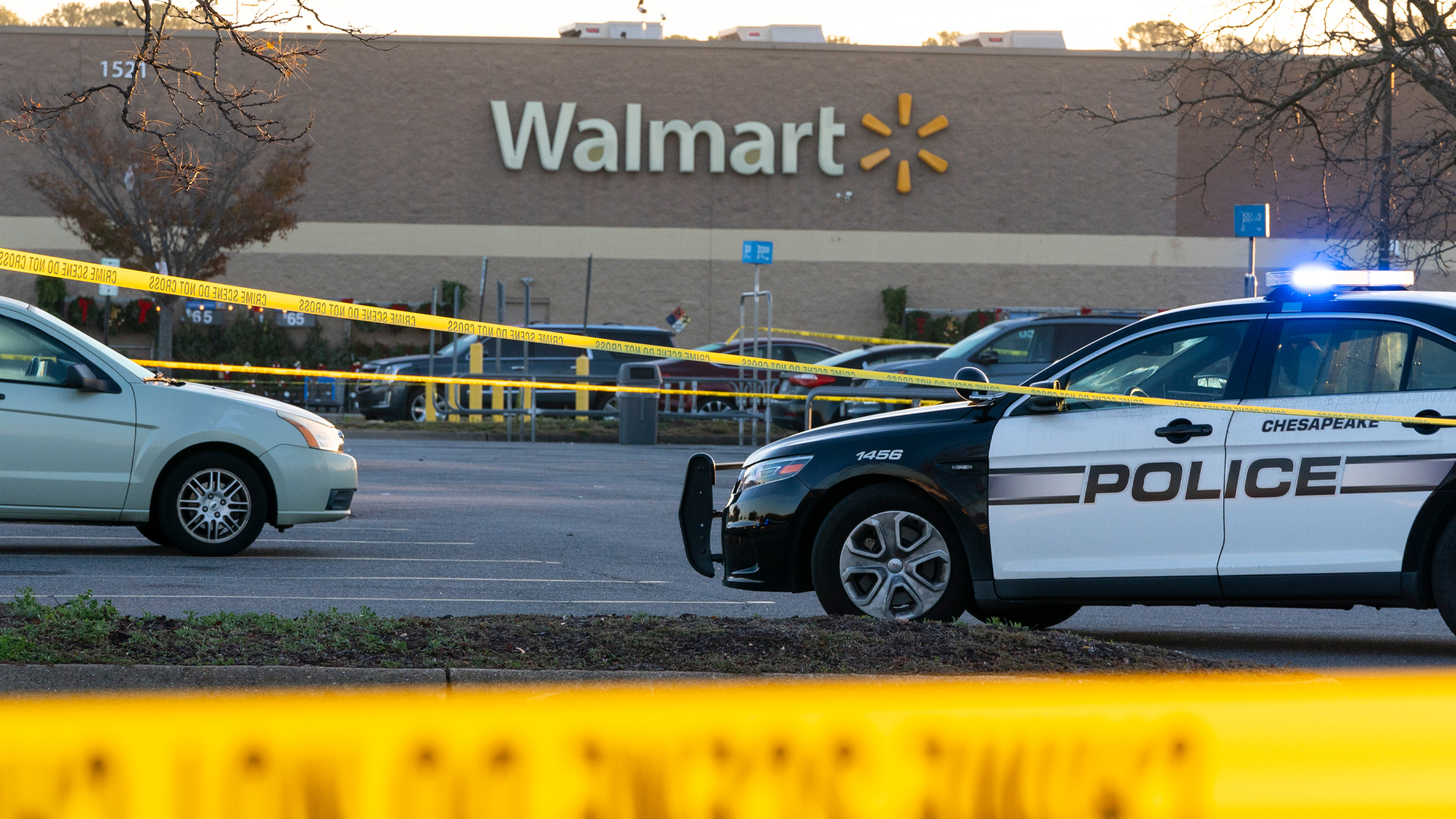 
AN EMPLOYEE at the Chesapeake Walmart where a manager gunned down six people on Tuesday received a chilling warning about the shooter weeks before the mass murder.

Briana Tyler said she was warned about the shooter, who has not been identified, when she started working at the Virginia store two months ago.

Speaking to ABC News, she recalled the terrifying moment her manager entered the employee break room and opened fire, shooting at people at random.

“The first person that was in his sight, he shot him down and the next thing you know, he just started rigging throughout the entire break room, but he didn’t say a word,” she said.

Months before the shooting, Tyler had received a warning from coworkers about the manager turned gunman, who killed himself at the scene.

She said: “He was the manager to look out for because there was always something going on with him, just having an issue with someone.”

“He was the manager that everybody, you know, had something to say about, but I would’ve never thought he would do something like this.”

Apart from the six victims who lost their lives, four people are being treated in area hospitals with unknown conditions, police said on Wednesday.

The first victim identified has been named as 22-year-old Walmart employee Tyneka Johnson.

A witness who was a new employee at the store told Virginia outlet WAVY that the shooter had “issues” with other managers.

Chesapeake mayor Rick West called the shooting a “senseless act of violence” in a statement.

Police said they found multiple bodies strewn across the floor when they arrived, with one slumped outside next to the entrance.

Law enforcement are not believed to have fired any shots during their response.