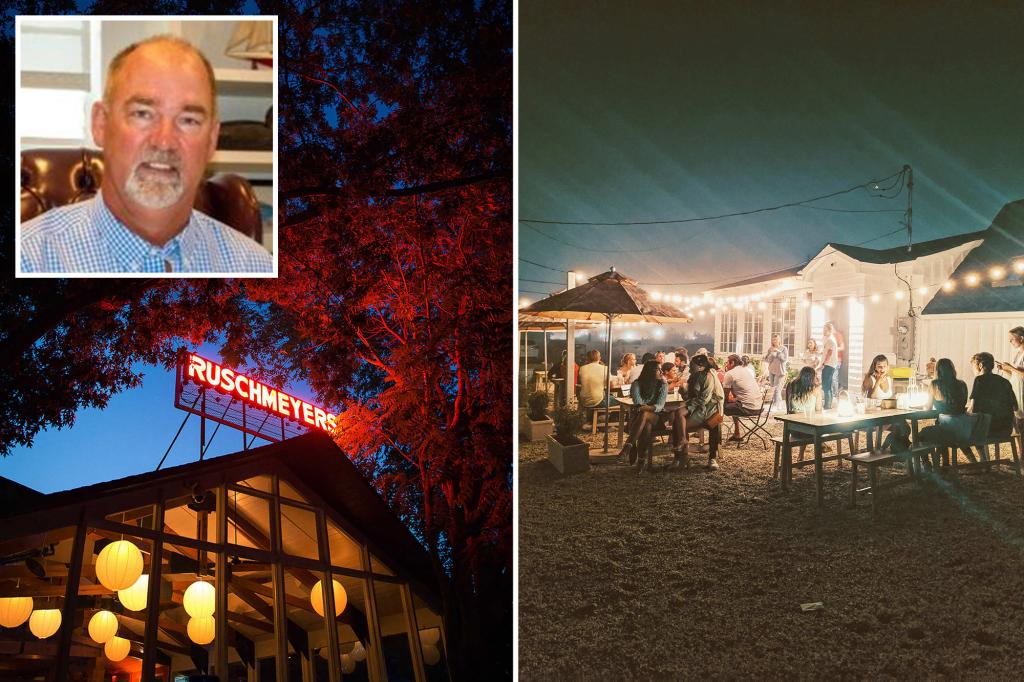 
Montauk’s summer hotspots are being targeted by “petty and small overlords from East Hampton” who, according to angry restaurateurs, have ordered local officials to mount a bizarre clampdown on illegal dancing.

As the East End again swells with revelers after two years of COVID restrictions, Montauk joints – many crammed with 20-somethings – claim they have been harassed with “unfair,” gotcha-style police and fire inspections that slam them with fines and violations if they spot patrons dancing at restaurants that aren’t designated as nightclubs.

“We don’t understand why the East Hampton town board is making local businesses the enemy, when business owners want to work together with the town to solve problems,” said Jon Krasner, owner of Shagwong Tavern, where Mick Jagger and Andy Warhol once hung out — and danced.

“We have the same goals, which include improving the water quality and waste management instead of fighting with bars over dancing rules,” Krasner added.

In June, Ruschmeyer’s lost its temporary liquor license after an officer responded to complaints about “an unruly patron” and discovered that some of the diners were (gasp!) dancing, Page Six previously reported.

Sources said Sel Rose, TT’s Montauk and 668 The Gig Shack have also been in the crosshairs of the Town of East Hampton, which has oversight over the South Fork hamlet that has more hotels and young weekend visitors than any other in the East End.

New York’s State Liquor Authority told Side Dish the agency had granted the temporary license with conditions that included, literally, “no dancing.”

Business owners, meanwhile, are baffled by the heavy-handed crackdown, with some chalking it up to town officials’ fears that they were too lax during the pandemic. Others surmise it may be an effort to push the nightlife away from the center of town and to the docks.

“This is simply about a bunch of government jacks trying to claw back control they fear they lost during COVID,” said a long-time Montauk bar owner. “It’s also about the power center in East Hampton, which resents Montauk because it’s a tourist resort with working people sustained by businesses.”

A Montauk restaurant owner who did not want to be named for fear of retribution from local inspectors called the town board members “petty and small overlords from East Hampton who want to impose their idea of ​​order on Montauk, even though most of them have never been to Montauk.”

“East Hampton is a green-lawn, white-shoe, very affluent town, while Montauk has a tourist environment, where people rely on renting their homes for extra income,” he said.

The party poopers seem to be targeting only Montauk bars and restaurants, and not the more posh establishments in East Hampton, according to the former.

“You don’t see inspectors invading Nick & Toni’s,” said one lawyer who represents some of the Montauk restaurants.

At an East Hampton town meeting on July 21, one of the resolutions was to take legal action against Sel Rose – because of the “potential risk to public safety.”

Kristin Vincent, a single mom and Montauk resident who opened the year-round restaurant in 2019, said she was “surprised” by the town’s decision after weeks of daily inspections where her team was told they were doing “everything right.”

“We’re just trying to survive, doing the best we can,” the restaurateur said. “You can’t go from 10 miles to 100 miles an hour in one day. But this is entrapment. It’s bananas. They are trying to give businesses a lot of tickets to try to get injunctions from the state to shut us down.”

Peter Van Scoyoc, the East Hampton Town supervisor, denied the entrapment claims and reiterated to Side Dish that the raids ensure restaurants do not exceed capacity.

“Floating the town [laws] and the SLA can result in licenses being revoked,” he said. “If [places] continue to be overcrowded night after night, there will be consequences for people who disregard public safety.”

He added: “If dancing is part of their plan there is no violation. But very few have it.”

Lawyer Lawrence Kelly, who has represented some of the restaurants, said the crackdown is “unprecedented” and unwarranted as the crowds “aren’t anything that would bring on this kind of reaction.”

“The town is using the SLA as their police agency to close down businesses,” he said. “They’ve been useful for the town as a kangaroo court.”

Britton Bistrian, a land-use consultant in the Hamptons representing some of the restaurants under fire, called the nightlife crackdown misguided.

She said officials should “focus more on infrastructure — making our cell phones work and public safety instead of dancing.”

“It’s like we are living in ‘Footloose.’ It’s laughable. Bars are getting shut down because people are dancing,” Bistrian said. “No one would understand this in California — only on the Eastern End of Long Island.”