HomeSTATESDriver sends police clip of SUV swerving on road but they BOTH...
STATES
November 23, 2022 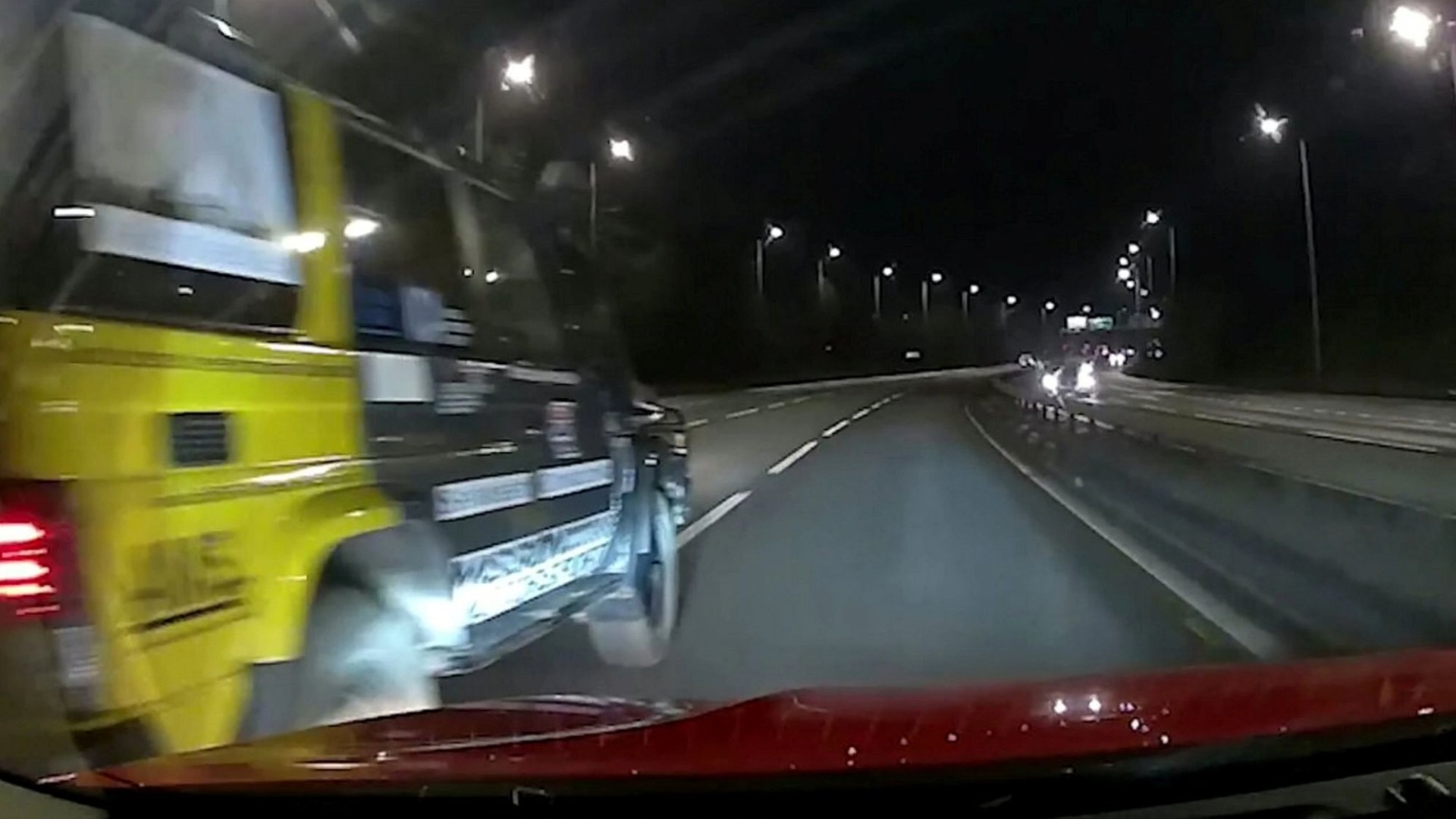 
A WOMAN has been left stunned after sending a clip of an SUV swerving in front of her to cops, only to be prosecuted alongside the offending driver.

The motorist shot the video of Philip Baxter, 33, driving recklessly on the A45 in Northampton, but was shocked to find that the authorities said she was also in the wrong.

Baxter, from Kettering, Northamptonshire, claimed that a mechanical fault had caused his gray Toyota Land Cruiser to swerve across several lanes of the main road.

The woman, 59, who was driving in lane three, flashed her lights at him before moving into lane two.

Suddenly, though, Baxter’s car careered across the carriageway and forced her towards the central reservation barrier.

The terrified motorist, from Corby, Northamptonshire, uploaded a clip of the incident to Northamptonshire Police’s website but soon found herself on the sharp end of the law for lane hogging.

Baxter was traced by his number plate and arrested, but denied the charge of dangerous driving.

He was convicted of the offense on November 8 after a trial at Northampton Magistrates’ Court.

However, the woman who filmed him was prosecuted for driving without due care and attention for remaining in the off-side lane before Baxter’s offense took place, despite the nearside lane being clear.

Cops confirmed that she received a notice of intended prosecution and chose to complete a driving education course.

PC Mo Allsopp-Clarke, of Northamptonshire Police’s Safer Roads Team said: “Baxter’s recklessness could have easily ended in tragic consequences, and I’m pleased the courts have dealt with him positively.

“Hopefully this case demonstrates that we take all instances of poor driving very seriously and we will prosecute offenders accordingly, which can only be a good thing to help keep our roads safer.

“However, it also serves as a reminder that we examine footage for evidence of offenses by all parties.

“So, if you commit an offense as well as the person you’re reporting to us, you may face prosecution too. We will not overlook one offense to prosecute another.”