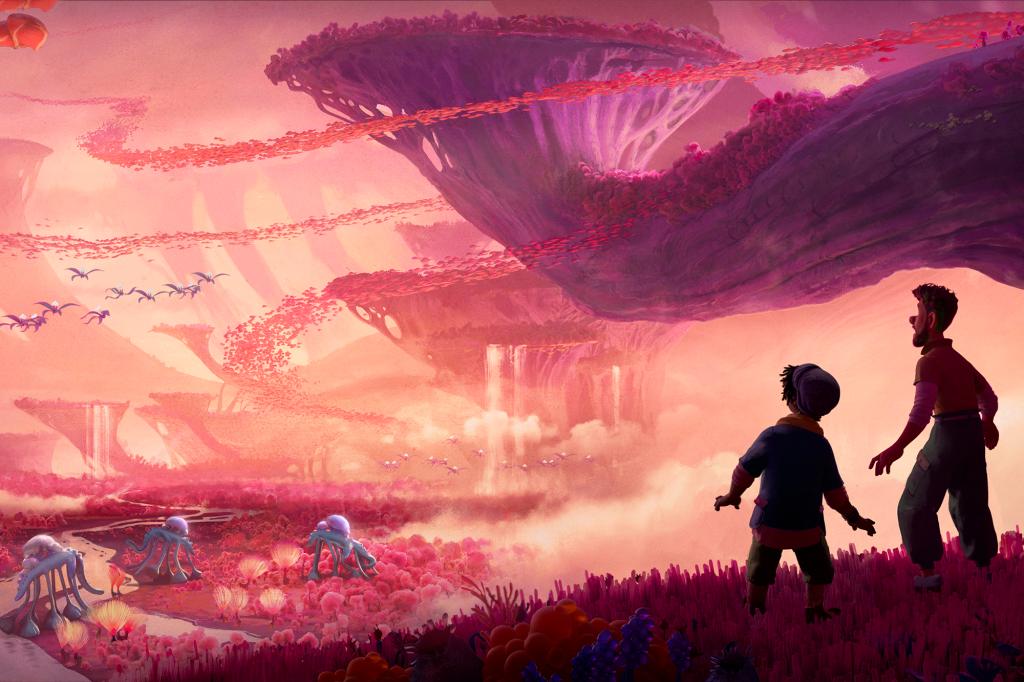 
Disney is peerless when it comes to building extraordinarily detailed, original and bold animated environments. Now add to that list of descriptors a new word: strange. For the House of Mouse’s latest adventure film “Strange World” certainly lives up to its title.

Our unfamiliar land is Avalonia and our heroes are the Clade family, famed explorers led by a gruff patriarch named Jaeger (Dennis Quaid). On a snowy journey with his son Searcher (Jake Gyllenhaal) to attempt to finally reach the other side of the bordering mountains, Jaeger disappears. Curious Searcher, meanwhile, discovers a mysterious plant-like power source and returns home father-less.

Twenty-five years later, that glowing substance, pando, has allowed Avalonia to flourish and made Searcher and his presumed dead father local legends. But when pando begins to suddenly die off, Searcher, his teen son Ethan (Jaboukie Young-White, so talented and who should be in major live-action films) and wife Meridian (Gabrielle Union) go on an expedition to save their fuel from destruction.

That’s when we encounter, like Charlie Bucket entering Willy Wonka’s chocolate mixing room, a fantastical, enormous subterranean land of pink, orange and blue globules, sea anemone-type creatures and floating islands. They fly through it by airship. This mesmerizing landscape is a lighthearted take on Pandora from “Avatar,” and marks the rare occurrence where Walt Disney Animation Studios is visually on par with Pixar.

Searcher always figured Ethan took after his bookish personality, and would eventually follow in his sensible footsteps as a farmer, but — uh oh — he begins to see shades of an aspiring explorer in him. His greatest fear is that his son might be a mini Jaeger after all.

While “Strange World,” directed by Don Hall and Qui Nguyen, is about overcoming perils to arrive at a faraway destination, the graver danger lies in the father-son feuds that span three generations. Their goal is to find the source of pando — and some common ground.

The tale itself is not quite so breathtaking as its aesthetic. The relationships could be more fraught and not so easily repaired. The setup is also too basic. Disney’s “Encanto,” in contrast, also dealt with living up to one’s family’s expectations but with much greater ingenuity and a wallop of surprise.

In other areas, the movie is too crowded. For instance, one lovable sidekick is the family’s three-legged dog. But another funny wiggly blue gingerbread man-shaped character is introduced later on. We don’t get quite enough of either.