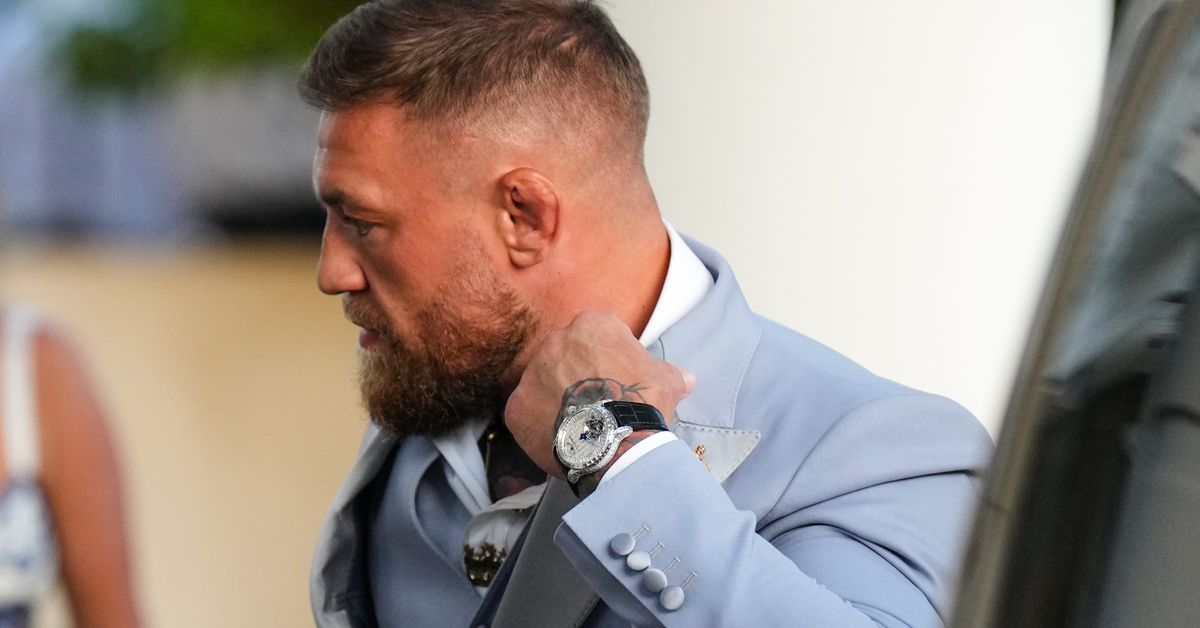 
Conor McGregor took 2022 off after suffering a serious injury the previous year. In his trilogy fight with Dustin Poirier, At UFC 264 McGregor broke his leg on Poirier’s elbow resulting in a TKO loss (his second in a row to Poirier).

Initially it seemed as though the Irishman was targeting a quick return to the cage. However, as the months wore on it seemed obvious that he was more focused on having a good time and trying to get his foot in the door of Hollywood.

Recently it was revealed that McGregor was the only UFC fighter not to be tested by USADA in 2022. Yesterday McGregor said on Twitter that he is due to complete “two tests” with USADA before returning to competition.

Twitter user @dimspace, an eagle-eyed watcher of all things PED related in MMA, noted how interesting it is that McGregor announced he would be taking two USADA tests.

He then pointed out a clause in USADA’s policy that stipulates that an athlete must submit two clean samples if they have previously admitted to USADA that they had taken a banned substance.

USADA has never claimed that McGregor has failed a test for PEDs or admitted to taking PEDs. McGregor has also never tested positive for PEDs in drug tests administered by various athletic commissions over the course of his career.

McGregor has fought for the UFC four times in the four years since he dipped into boxing to fight Floyd Mayweather Jr. He has gone 1-3 in the Octagon over that span, losing twice to Poirier, beating Donald Cerrone and losing to Khabib Nurmagomedov.