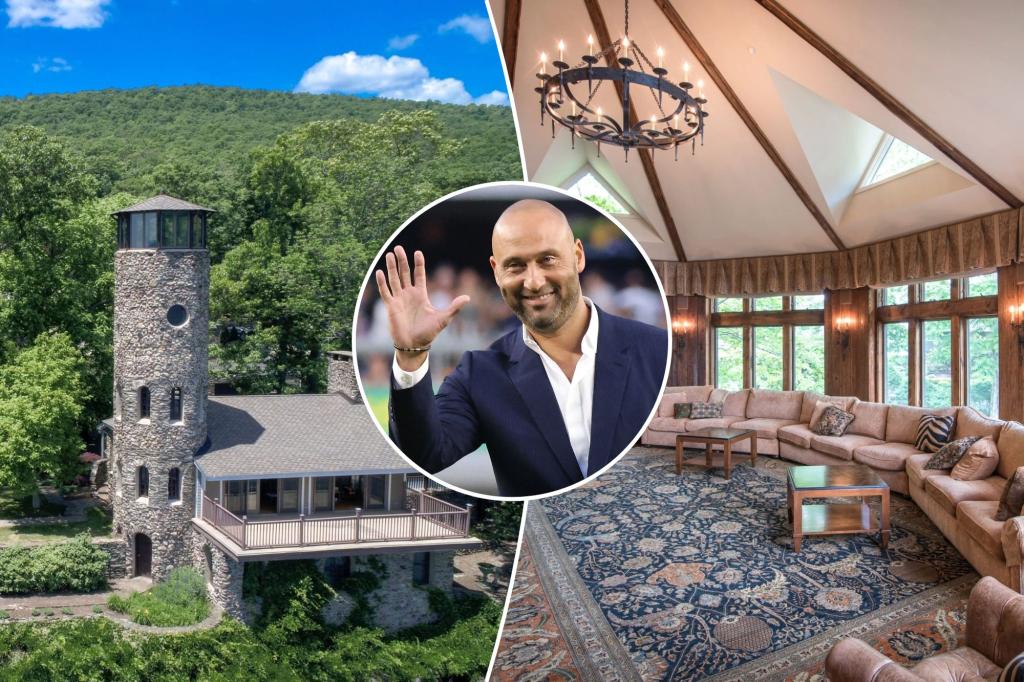 His former Tampa Bay mansion, known as “St. Jetersburg,” is going to be demolished after the former Yankees all-star sold the property in May 2021 for $22.5 million — the most expensive deal for a home in the area.

But it took almost nine months to make it happen. (Former couple Tom Brady and Gisele Bündchen briefly rented the home when they first moved to Florida.)

Now, his longtime New York State “castle” is expected to hit the auction block for less than half its 2018 asking price of $14.75 — after four years on and off the market without any buyers. The minimum bid for the Orange County offering, according to the Wall Street Journal, will be a much smaller $6.5 million.

The spread, known as the Tiedemann Castle after Jeter’s grandfather’s adoptive parents, came back on the market in March 2021, with a $2 million price cut – at $12.75 million.

More than a year later, still no one is interested.

Located in Greenwood Lake, less than 50 miles from Manhattan, Paramount Realty USA will handle the auction.

Made up of six bedrooms and 12 bathrooms, the 12,500-plus-square-foot estate includes a guest house and has a diverse history.

Jeter’s maternal grandfather, William Connors, grew up in the home. Connor’s adoptive parents, John and Julia Tiedemann owned the home — and Jeter himself spent many summers at the family compound.

Once the Tiedemann’s sold the home, Jeter didn’t think much of it until it hit the market in 2005. The former Yankee ended up buying it for $1.2 million.

Situated on 4 acres, amenities include a baseball diamond-shaped infinity pool, cascading waterfalls flowing into a private lagoon, a boat house, a boat dock and verdant gardens throughout the grounds, the listing notes.

“Boasting a total of 5 kitchens across the property, multiple entertainment rooms, stunning waterfront views, expansive gardens and outdoor areas to explore, this sprawling castle estate is the ultimate full-time residence or the ideal weekend/summer getaway,” the listing adds. . “Most furnishings are included in the sale of the property.”

The auction will be held alongside the estate’s listing agent, Diane Mitchell, of Wright Bros. Real Estate in Nyack.

“The owner has elected to market and sell via Paramount’s luxury property auction platform because it is efficient and provides an element of finality,” Mitchell said in a statement. “The owner is serious about selling because the owner spends most of his time at other family-owned homes.”

That said, Jeter spends most of his days in the Sunshine State in Miami with his wife, Hannah Jeter, and their three children.