HomeSTATESDark history of the Chippendales revealed including founder's death in jail
STATES
November 23, 2022 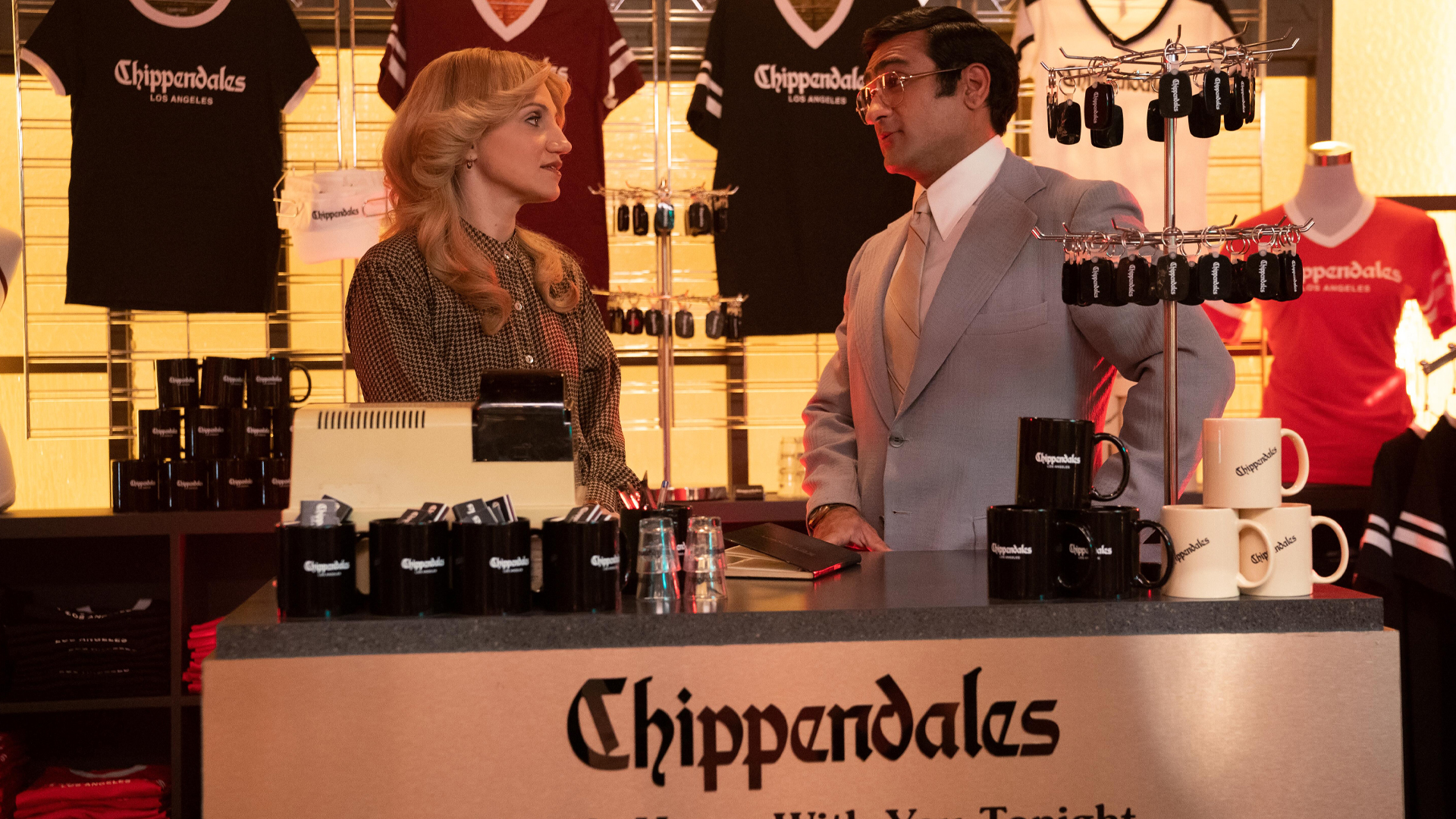 
BEHIND the glitz and glamor of the famous Chippendales male dance troupe is a backstory steeped in murder, betrayal and arson.

The hitman – who passed the job onto someone else – was later found with enough cyanide to kill 230 people.

And Banerjee, who was only linked to the crimes years later, killed himself in jail just hours before he was due to be sentenced, the LA Times reported at the time.

Tonight, a new Hulu series Welcome to Chippendales will expose the crimes behind the stripping empire – in a “sprawling, true-crime saga”.

Somen “Steve” Banerjee, played by Kumail Nanjiani, is a businessman and the founder of Chippendales.

An Indian-American immigrant, he is responsible for creating the revue show featuring famous male dancers and strip-teasers.

He was reportedly told that there was money to be made from showing off the male strippers, as seen in the series’ trailer.

So in 1979, he founded the dance troupe out of his Los Angeles nightclub.

But Banerjee’s story, which has been depicted in various series and specials over the years, is riddled with crime and bloody allegations.

Together, the two mounted a touring production of the revue and also opened a version at a club in New York City.

But Banerjee often clashed with De Noia and their relationship spiraled upon the success of the touring revue show.

Banerjee would not be linked to the murder for years.

However, he would continue to use Colon for other hits, including one on three of his former dancers.

The three men had reportedly started their version of the show called Adonis, which Banerjee viewed as competition.

So he again relied on Colon to carry out the hit.

But an FBI informant by the name of “Strawberry” reported Colon after he tried to get the informant to carry out the Adonis hit.

Colon allegedly provided “Strawberry” with the cyanide needed to kill the dancers.

He was arrested by the FBI and, months later, outed Banerjee as the mastermind behind the hit plans.

He was never sentenced, though, as he died by suicide while in a holding cell.

Appearing alongside Nanjiani in the series are Murray Bartlett, Andrew Rannells, and Juliette Lewis, among others.

Welcome to the Chippendales will premiere tonight on Hulu.