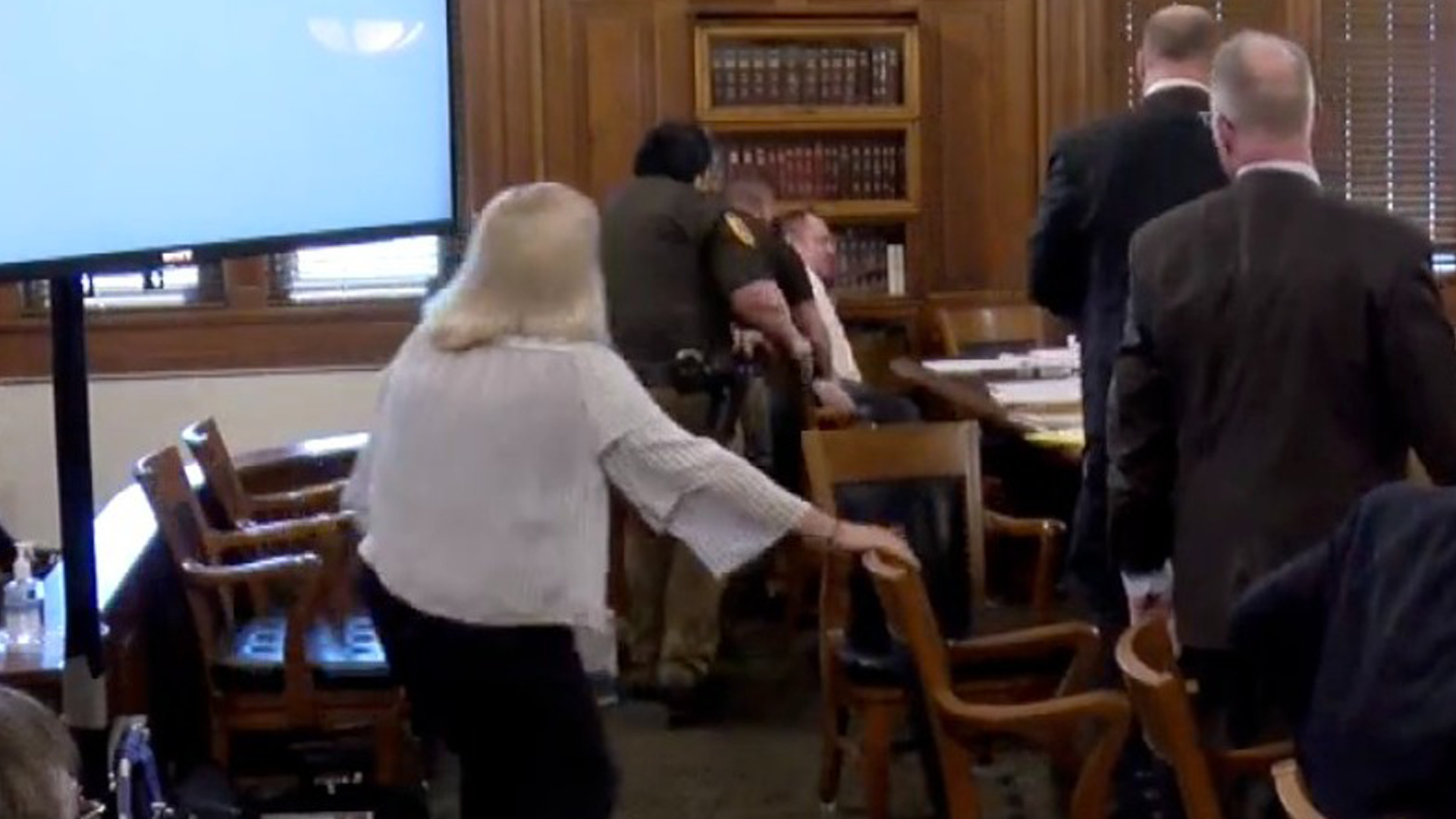 
AN alleged cult leader accused of killing a woman during a sick sex act will still be sentenced to death – despite his lawyers begging for a mistrial.

Aubrey Trail, 56, slit his throat in court and shouted “curse you all” in scenes his attorney said would never leave the jurors’ minds.

Attorney Ben Murray argued the damaging effect of the 2019 outburst could not be removed from the jurors by admonition or instruction.

And he insisted the horror, which took place while the court was in session, should lead to a mistrial.

Trail – who by contrast has demanded an execution date be set – was found guilty of first-degree murder alongside his then girlfriend Bailey Boswell for killing 24-year-old Sydney Loofe in 2017.

Her dismembered body was found in a south-central Nebraska field three weeks after she went missing from her job as a clerk at a Lincoln, Nebraska store.

Both Trail and Boswell were self-professed leaders of a counterculture group of young women based in a house Trail rented in Wilber, are said to have lured Sydney to her death via the dating app Tinder.

At the start of the trial in June 2019, Murray told jurors there would be testimony of torture, witchcraft, vampires and unusual sex practices, the Lincoln Journal Star reports.

Boswell, 28, was also convicted of first-degree murder, but she was spared the death penalty, instead being sentenced to life in prison.

Trail on the other hand was sentenced to death by a three-judge panel in June last year – and his lawyers have been trying to appeal the decision ever since.

They argued that he unintentionally killed Loofe while engaged in a sadomasochistic consensual sex act.

And they said Loofe was killed after a failed attempt to recruit her into his cult.

In his appeals, Trail’s lawyers challenged his first-degree murder conviction on several fronts, including that the death penalty was excessive.

They also said his razor-blade outburst in court should lead to a mistrial – an argument the State Supreme Court rejected.

During the third day of a three-week trial and as a witness was being seated to testify, Trail screamed out: “Bailey is innocent, and I curse you all.”

He then started slashing at his neck with a razor blade he had smuggled into the courtroom from his jail cell, 3NewsNow reports.

The disruption halted the trial and Trail was transported to a local hospital, bleeding from his neck.

Responding to the mistrial request, the Supreme Court said: “As with these other defendants, we will not allow Trail to benefit from his own bad behavior during the trial.

“While dramatic, the incident was not of such a nature to create irremediable prejudice.”

Boswell was sentenced to life in prison in November 2021, avoiding becoming the first woman ever to be sent to Nebraska’s death row.

Trail’s demands for an execution date were reportedly refused because he is represented by counsel.