HomeCELEBSCrypto fans build Elon Musk a statue of his head on a...
CELEBS
November 23, 2022 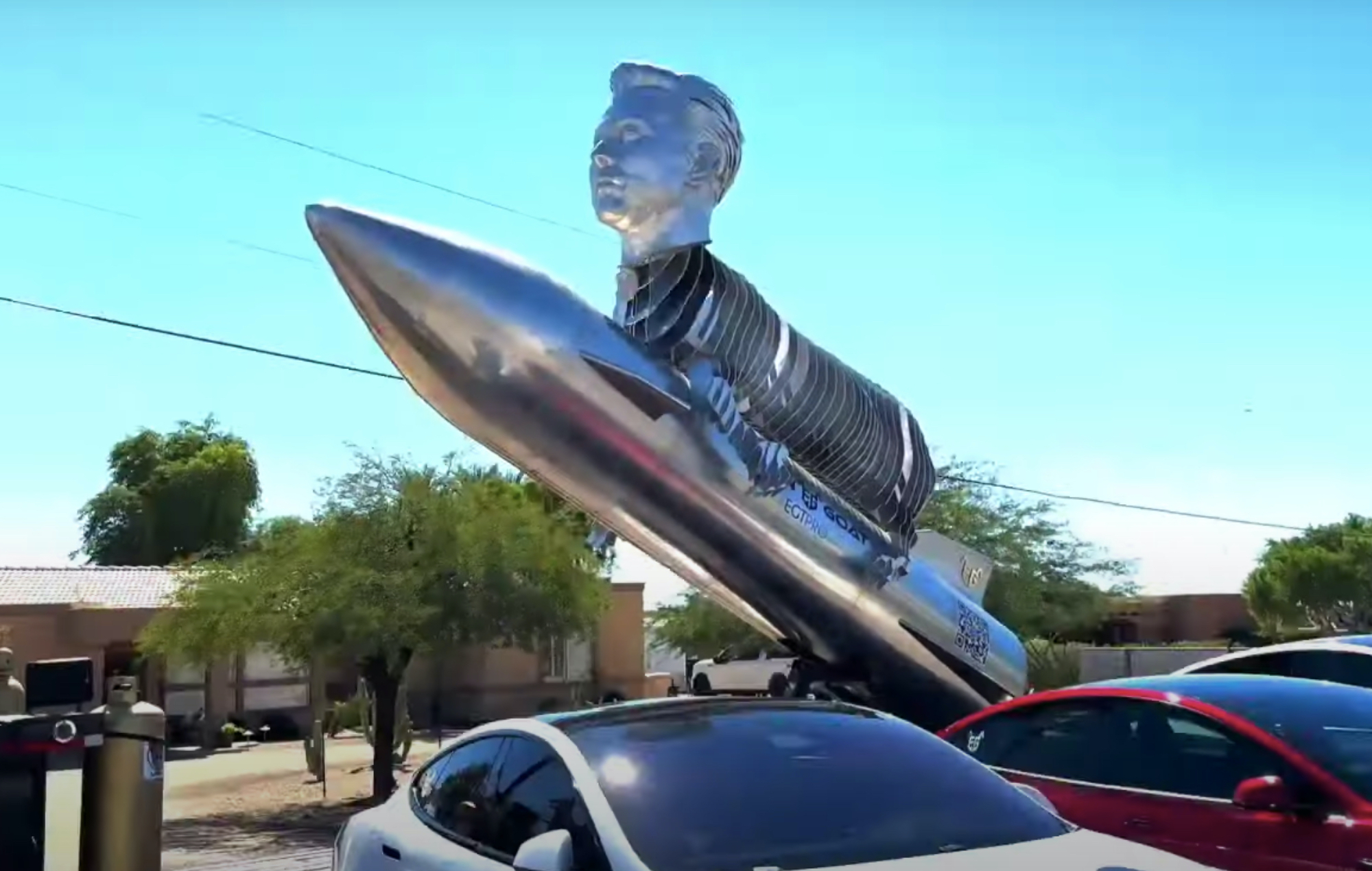 
Elon Musk “super fans” have funded a new statue that depicts the Twitter owner’s head on the body of a Doge coin Shiba Inu riding a rocket.

As Consequence reports, crypto company $EGT – which stands for Elon Goat Token – raised $600,000 (£501,796) to create the monument “in honor of [Musk’s] many accomplishments and commitment to cryptocurrency”.

A post on its website reads: “Elon GOAT Token has really stepped outside the box and done something no other crypto project has dared to do.”

The statue was designed by Danny Wang and built by Canadian metal sculptors Kevin Stone and Michelle Stone over a nine-month period, according to Interesting Engineering. Musk’s head alone is six feet tall.

Elon Goat Token has said that the statue will be delivered to Musk at Tesla’s Gigafactory near Austin, Texas this Saturday (November 26). “We invite you to attend and join us in asking Elon to claim this historical gift,” the company wrote.

“We believe that Elon’s potential acceptance of this biblical sized gift could catapult $EGT into the limelight and accelerate its various initiatives.”

The message added: “$EGT’s future is bright with our ambitious plans to launch EGT PRO’s merchant processing solutions in early 2023. We also believe with proper execution the subsequent run at multiple centralized exchange listings will take us to the top!”

Further details about the event – ​​dubbed “Goatsgiving in Austin” – can be found here. You can see a preview of the monument in the above video, which outlines how to buy Elon Goat Token.

Last month saw Musk – the world’s richest man – purchase Twitter in a huge $44billion (£38.7billion) deal. He has since faced ongoing criticism over a range of questionable decisions at the company, including the introduction of the paid Twitter Blue subscription.

Musk has laid off thousands of employeesand advertisers have begun fleeing the platform in droves. Within days of Musk’s takeover, Hate speech on Twitter reportedly spiked – use of the N-word, for example, increased by nearly 500 percent within 12 hours.

Additionally, Musk allegedly told the remaining Twitter staff recently that they must “work long hours at high intensity” or quitwith rumors of the site’s collapse following soon after.