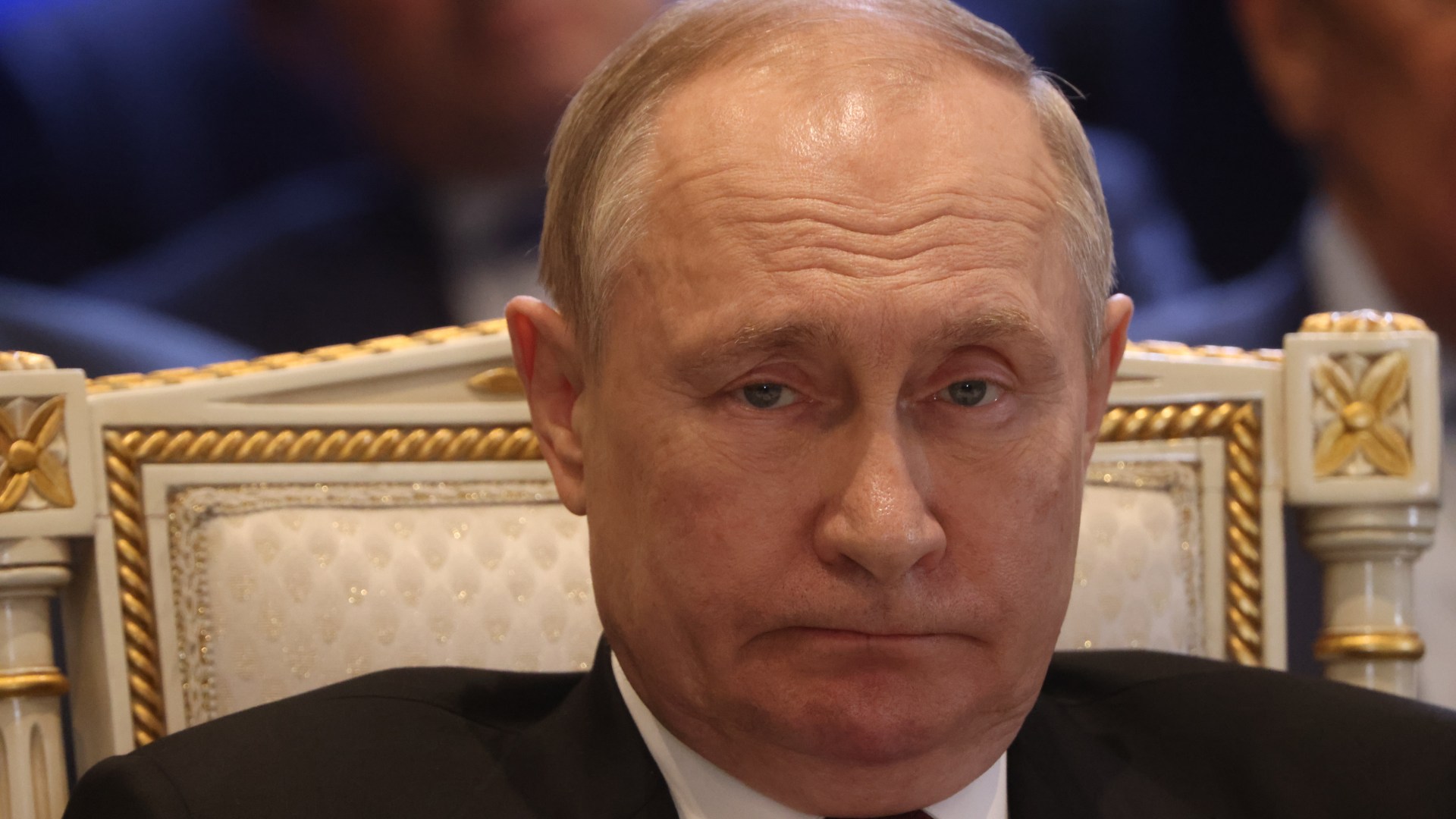 
RUSSIAN tyrant Vladimir Putin has been pictured with purple hands as he clutches his chair, in the latest health fears surrounding the Kremlin leader.

The Russian president was filmed shuffling his feet and appearing shaky and unsteady during a Tuesday meeting with his counterpart from Cuba.

Footage from a different meeting on Wednesday showed him tightly gripping a desk in front of him.

Rumors about Putin’s health have swirled for months, following reports that he has been receiving treatment for cancer.

During Tuesday’s summit with Cuban president Miguel Diaz-Canel, the Kremlin chief, 70, was pictured sitting awkwardly in his chair as the pair spoke in front of the cameras.

His left hand was seen wrapped tightly around the arm of his chair, while his right hand fiddled aimlessly with something on his lap.

Both hands appeared to have purple blotches on them.

Meanwhile, he fidgeted and tapped his feet, appearing oddly shrunken next to President Diaz-Canel.

His face is particularly puffy and bloated in the clip.

On Wednesday, he made another appearance – this time with manufacturing chief Dmitry Mazepin – in his office, either side of a large wooden desk.

Once again, Vlad was seen gripping the desk tightly – this time with his right hand – while he spoke.

It follows claims by senior Ukrainian figures that Putin fears he will be killed if he loses the war in Ukraine, and so is “fighting for his life”.

He said, as quoted in The Times: “[Putin] is very afraid because there is no forgiveness in Russia for tsars who lose wars. He is fighting for his life now.

“If he loses the war, at least in the minds of the Russians, it means the end. The end of him as a political figure.

“And possibly in the physical sense.”

He [Putin] is fighting for his life now

The recapture of the city in Kherson earlier this month was Ukraine’s biggest victory on the battlefield so far and followed a number of humiliating losses for Russia in the Kharkiv and Donbas regions.

Kherson was one of the four Ukrainian territories illegally annexed by Russia to great fanfare in Moscow less than two months ago, but already, his dreams of a greater Russia appear to lie in tatters.

“This has forced even people who are very loyal to Putin to doubt that they can win this war,” Arestovich said.

Amid Putin’s growing paranoia and fears of a coup, signs of possible ill health continue to emerge.

Bombshell spy documents leaked to The Sun Online earlier this month claimed Putin is being treated for Parkinson’s and cancer, despite years of denials from the Kremlin.

“I can confirm he has been diagnosed with early stage Parkinson’s disease, but it’s already progressing,” the Russian security services insider claimed in the email.

“This fact will be denied in every possible way and hidden.

“Putin is regularly stuffed with all kinds of heavy steroids and innovative painkilling injections to stop the spread of pancreatic cancer he was recently diagnosed with.”

The documents also claimed Putin was “overdosing on a cocktail of psychotropic drugs” and has “lost his mind”.

These “psychotropic” drugs help give Putin an energy boost to try and hide how “seriously sick” he is during key meetings and public appearances, they said.

“He is really insane – he really has lost his mind,” the Russian security services insider claimed.

And last week, Putin was pictured with suspected bruises from an IV drip on the back of his hand at his state residence outside of Moscow.

Putin was pictured with suspected IV track marks on the back of his hands, amid rumors he is suffering from cancer and crippling pain.

Kyiv Post correspondent Jason Jay Smart shared the damning footage on Twitter claiming that “videos released by [Russian] Government news show what could be track marks, from IVs, on the hand of Putin”.

He also claimed Moscow released two videos: one heavily watermarked to supposedly mask Putin’s hand and another that doesn’t show them at all.

Russia’s state news hastily deleted the footage in a move that will add to speculation about Putin’s ill health.