HomeSTATESCraziest things people have tried to smuggle past TSA including a CAT
STATES
November 24, 2022 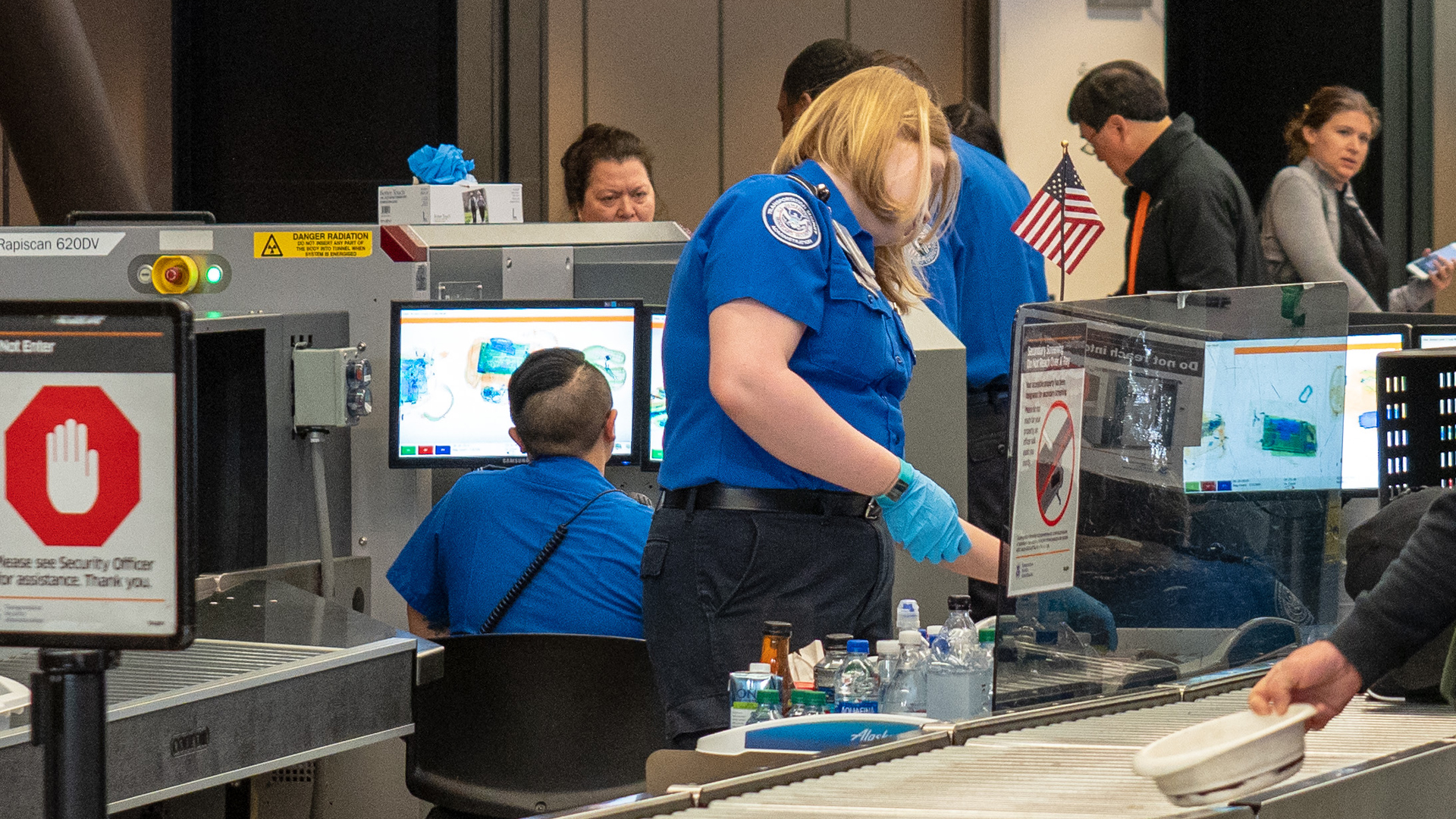 
WITH Thanksgiving weekend upon us, millions of Americans will be flying home in numbers not seen since the pandemic.

In fact, the American Automobile Association (AAA) predicts that 54.6 million people will travel at least 50 miles from home in the US this week.

That’s a 1.5 percent bump over Thanksgiving last year and only 2 percent less than in 2019.

For most, that means a seamless journey through security into the departure lounge before boarding flights around the US.

Transport officials have spotted some odd travel companions among the millions of travelers.

Just this week the Transportation Security Administration found a live cat inside a suitcase at John F. Kennedy Airport in New York.

The TSA tweeted: “We’re letting the cat out of the bag on a hiss-toric finding.

“This CATch had our baggage screening officers @JFKairport saying, “Come on meow”!”

Here, The Sun looks at the weirdest things to go through the airport as millions travel home for Thanksgiving weekend.

CAT IN A BAG

The cat was spotted in security images at JFK earlier this week.

TSA spokesperson Lisa Farbstein said an agent was “shocked” to spot the cat in the luggage, which had been checked in and X-rayed.

She said the cat did not belong to the passenger, but belonged to someone in his household, adding: “On the bright side, the cat’s out of the bag and safely back home.”

The traveler was forced to miss his flight to Orlando but was able to book one the next day.

As for the cat’s owner – she thinks her pet crawled into the case while she was at work.

She said she only realized “Smells” was missing when the airport contacted her.

The TSA revealed earlier this month that one traveler tried to take a raw chicken stuffed with a firearm on board a flight.

Sharing a picture, they added: “We hate to break it to you here, but stuffing a firearm in your holiday bird for travel is just a waste of time.

“This idea wasn’t even half-baked; it was raw, greasy, and obviously unsupervised.

“The only roast happening here is this poor packing choice!”

In 2020, officials at Syracuse Hancock International Airport in New York say they found a dead baby shark in a jar.

They said at the time: “It was determined that the liquid was not water and instead the baby shark was floating in a liquid chemical preservative.

“The chemical was deemed to be considered a hazardous material and as such, was not permitted to be carried through the checkpoint.”

Sharing pictures of the baby shark, they added: “However, it is important to know that if someone wants to carry a live fish with them on their flight, they are permitted to do so if the fish is swimming in water.

“The liquid will need to undergo separate screening by a TSA officer before it is allowed to be carried through the checkpoint.”

A range of weapons have been discovered in passenger’s bags from an assault rifle, a slingshot, and knives.

After discovering the slingshot at Raleigh–Durham International Airport in 2020, the TSA wrote: “Ay, caramba! Don’t get all bart out of shape about forgetting your krusty ol’ sling shot in your carry-on.

“It’s just not worth having a cow over, man. If you hate to part with it consider putting it in your checked bag instead.

“This slingshot was discovered by our officers from Raleigh-Durham International Airport (RDU).

“Slingshots, or any other weapons or replicas are not allowed in your carry-on bag.

“So do yourself a favor and double… triple check your bags before arriving at the airport.”

In 2017, the TSA shared a picture of two propane gas tanks they found in a bag at security.

They wrote: “We’ve got nothing against propane and propane accessories, but dang it, Bobby, you can’t pack two propane tanks in your checked bags.

“Propane has a propensity to explode and is prohibited all together from air travel.

“These were discovered at the Ted Stevens Anchorage International Airport (ANC).”

In August 2011 staff at the Miami International Airport discovered seven snakes stuffed in nylon stockings in a traveler’s pants.

Officials said the passenger also had three small turtles in addition to the snakes.

“@USFWS officers arrived on the scene and took custody of the reptiles,” they added.

“The passenger was arrested and charged with violating the Lacey Act.”