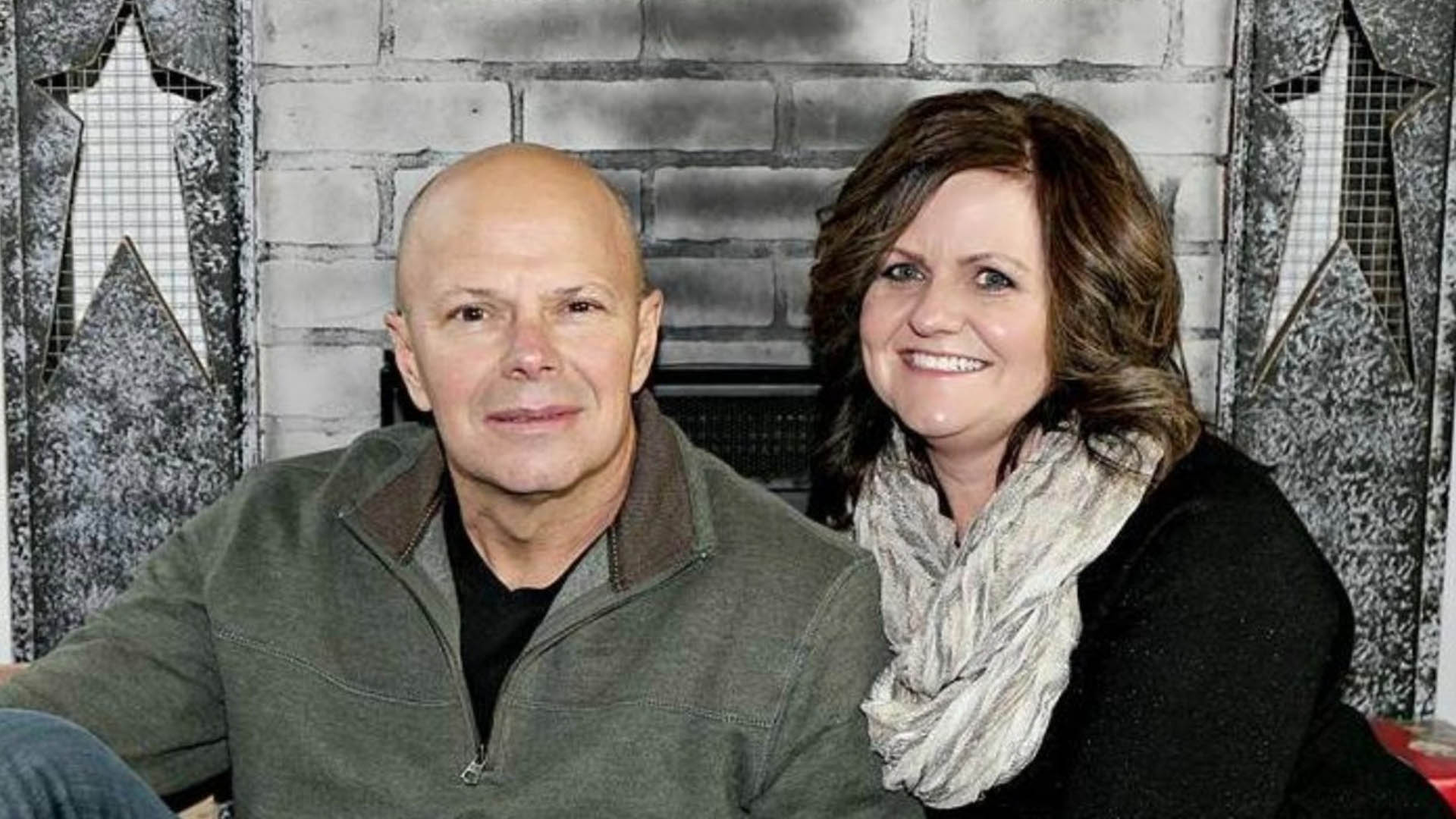 
A MAN woke up from a horror motorcycle accident thinking it was 1993 with no memory – but miraculously managed to fall in love with his wife all over again.

Andrew Mackenzie, 58, and his spouse Kristy, 53, rewrote their fairytale after any recollection of their 37-year marriage was wiped.

The couple, from Grottoes, Virginia, suffered catastrophic injuries while riding the father’s beloved motorcycle home after attending a Father’s Day celebration on June 19.

They were flung 60ft through the air after a car running a stop sign collided with their bike during the near-fatal smash earlier this year.

Andrew had a severe concussion and broke two T-vertebrae in his back, his left pelvis bone, his left scapula, five ribs and his nose.

He was airlifted to UVA University Hospital in Charlottesville to undergo emergency surgery to treat his internal bleeding.

Kristy came off lightly in comparison with a mild concussion – despite breaking her back, hip, seven ribs, and her left scapula.

She was rushed to a local hospital and luckily did not have to have surgery for her injuries.

The 53-year-old was desperate to see her husband as soon as medics removed her breathing tube, as he recovered from his major surgeries.

The mom told People: “All I wanted was to be with him and see him.”

But when her childhood sweetheart, whom she married in 1985, finally woke up in his hospital bed, he had no idea where he was – or even what decade he was in.

Andrew believed he was in 1993 – meaning he had lost his memory of a huge chunk of his marriage as well as the birth of his children.

Kristy explained: “He knew me, but I could see him looking through me. I tell you, that’s the scariest day of my life.

“Seeing him look through me like that, I didn’t know how I was going to get him back.”

But the determined wife wasn’t about to let the love of her life slip through her fingers, so stayed by his bedside as he recovered in the ICU.

“They said we couldn’t room together and I begged them and begged them,” she recalled. “Just sitting and holding his hand was better for both of us.”

As Andrew’s condition continued to improve, Kristy convinced hospital staff to push their beds together so she was always nearby.

He knew me, but I could see him looking through me. I tell you, that’s the scariest day of my life.

And miraculously, the couple’s closeness seemed to help the father heal.

The 58-year-old slowly began to recall the 29 years of his life that had been taken away from him with the support of his adoring wife.

Kristy said: “Everything seemed to click. I kept telling them, he would be better as long as we were together.

“I said, ‘If you let us be together, he will get better.’ And that’s when it started coming around.”

Their dual near-death experience had only made their love for each other grow stronger – leaving Kristy determined to marry Andrew again.

She supported the keen motorcyclist through his grueling three weeks of recovery before he was allowed home on July 10.

Finally free from relying on their walking aids, Andrew seized the opportunity to get down on one knee for a second time during their annual family beach vacation to North Carolina’s Outer Banks.

Just two days later on August 29, the infatuated couple renewed their vows in the presence of their children and grandchildren – with their son-in-law officiating the family affair.

Andrew described their second wedding as “perfect” while praising Kristy for helping him pull through after their horror crash.

He said: “I don’t know how we could have survived it. I can’t imagine us going that far in the air and being able to survive.

“I never would’ve made it without her. I’ve always said, ‘You’ve got to have a purpose and hope in life’.

“And for me, the love of my life is Kristy, but also, I go to work to provide and make things better for our kids and grandkids. I’ve got hope and purpose.”

Kristy added: “I don’t think anything can stop us. Even a car hitting us didn’t stop our love.

“I hope it shows others to love like you mean it, and never give up on love or each other.”

Despite their heart-warming love story, the pair still can’t escape being teased by their two daughters, Lorelai, 31, and Amanda, 30.

The mom explained: “Our daughters say we’re gross because everywhere we are, I’ll kiss him or he’ll kiss me.

“We’re holding hands everywhere. I totally melt in his arms.”