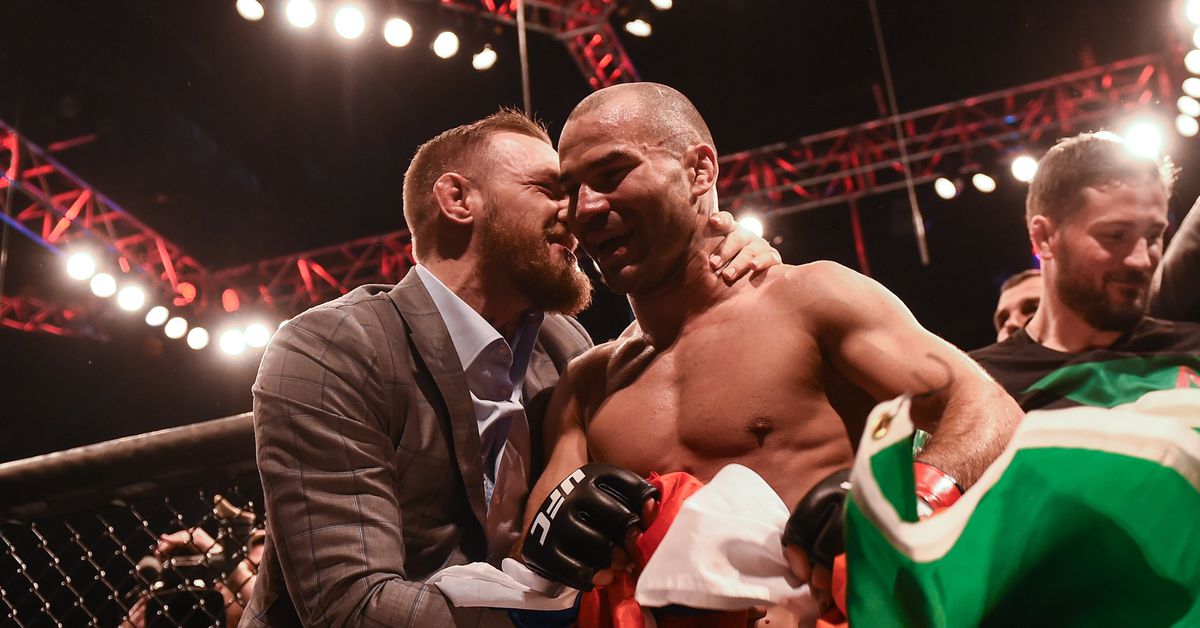 
It seems like money issues might have ended the close friendship between Conor McGregor and Artem Lobov.

According to a report from The Irish IndependentLobov is suing his long term teammate and sparring partner for millions stemming from a dispute over McGregor’s Proper Twelve whiskey.

Lobov reportedly initiated a High Court action and is claiming that he was not only instrumental in creating Proper Twelve whiskey, he also has an agreement that entitles him to five percent of the money McGregor made from the massive sale.

McGregor and his partners reportedly sold their stake in Proper Twelve for around $600 million in 2021, with the former UFC champion said to have made around $150 million from it.

Lobov believes he should have gotten a cut from the proceeds.

“My client is a retired professional fighter with a master’s degree from DCU in Finance and Capital Markets. We have issued High Court proceedings on his behalf to enforce an agreement with Mr. McGregor regarding the Proper No. Twelve whiskey brands.” Lobov’s lawyer Dermot McNamara said. “My client was the initial creator and co-founder of the concept to launch an Irish whiskey brand associated with Mr. McGregor. As these matters are now before the court, we will not be making any further comment.”

McGregor’s representative has since issued a brief statement, refuting Lobov’s claims as “incorrect.”

Last August, Lobov claimed he was the brains behind Proper Twelve and previously rejected a $1 million offer from McGregor.

“I was the person who came up with the idea to do a whiskey for Conor,” Lobov said in August about how he supposedly started discussing the idea after the second Diaz fight.

“I said to him before you even look any further (about Vodka), ‘here’s what I know about Irish whiskey.’ I told him about my presentation from college,” Lobov explained. “I told him about the dominance of Irish whiskey and all of that. He said, ‘you go off and see what deal you can put together’ and I went on my way.

“I went on and met all different whiskey distilleries. I called some and met some in person. I did my research and put a beautiful deal together,” Lobov said. “Once the deal was ready, I went to Conor and I said, ‘Conor, I have the deal ready for you. This is going to be a billion-dollar deal, no messing here.’ I’m not sure if he took me seriously or not at the time with the billion dollars.

“Conor offered me $1M but I turned it down, I didn’t accept it,” he said. “You know, throughout my career whenever I have helped Conor with camps, he offered to pay me for them camps, but I never accepted money from him.”