HomeECONOMYConnecticut home where Abe Lincoln hung out is for sale
ECONOMY
November 11, 2022

Connecticut home where Abe Lincoln hung out is for sale 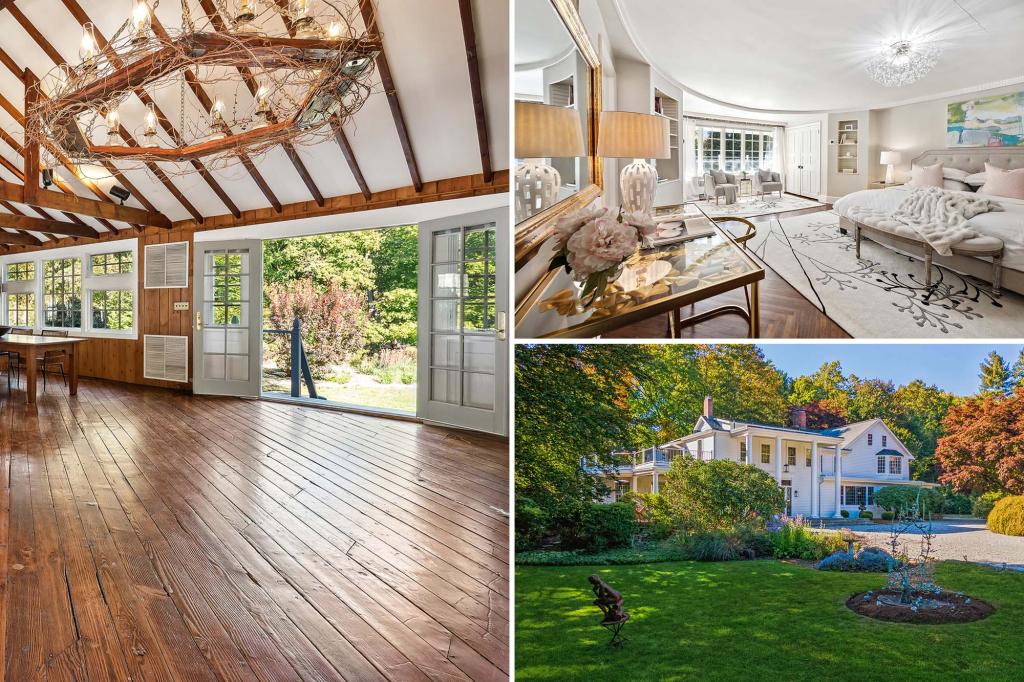 
World-renowned pianist Frederic Chiu and award-winning sculptor Jeanine Esposito are listing their Westport, Conn., property, which comes with a real dose of history, for $2.59 million.

From 1826 to 1889, the property was part of a larger estate owned by a banker named Morris Ketchum; it was then known as the Hockanum estate. Correspondence between Ketchum and Abraham Lincoln gives a glimpse of the latter visiting its grounds — and it also appears likely that George Washington held a Revolutionary War fundraising meeting there or nearby. Local lore, undocumented, also has Rock Hudson and Buffalo Bill passing through. What’s for certain: Frederick Law Olmsted, the co-creator of Central Park, also visited.

Beyond history, the grounds come with mature specimen trees, including several that were reportedly “extras” from Olmsted’s Central Park project, including a 400-year-old copper beech — one of only four in the state. The property also includes tall cypress trees and a Kentucky yellowwood that are “very rare, especially in Connecticut,” Esposito told Gimme Shelter.

The main house features a rounded music room, a formal dining room, a chef’s kitchen — and a main bedroom suite with curved walls and a balcony overlooking the gardens. Original details include antique wide plank floors — from an 18th-century farmhouse — and four fireplaces. There’s also a 2,000-square-foot carriage house, featuring one bedroom, one bathroom and beamed ceilings, which is zoned as a legal rental.

There is also a 350-square-foot studio building with a full bath that is like a “small hotel room suite,” Esposito said. The grounds also include plenty of room to build a pool.

The owners bought the property for $1.5 million in 2011. The residence has also been home, for the past 12 years, to their community-based nonprofit Beechwood Arts and Innovation. It’s where they’ve hosted more than 100 “arts-immersion salons” to showcase artists and performers, including Grammy Award-winning Joshua Bell, who is one of the artists to autograph the “singing wall” in the breakfast room.

Esposito tells Gimme that the couple is staying in Connecticut, near Westport, and “continuing to run Beechwood Arts and Innovation.”

“Frederic is starting to travel a lot again with concerts, judging competitions and teaching full time at Carnegie Mellon in Pittsburgh and the Hartt School in Hartford — and I am a 35-year innovation consultant and also traveling, so we are having fewer events at Beechwood and need more flexible spaces to live in to accommodate that,” she added. Beechwood, she added, “is a truly magical place where so much has been shared artistically and community connection wise — and it is bittersweet to leave.”