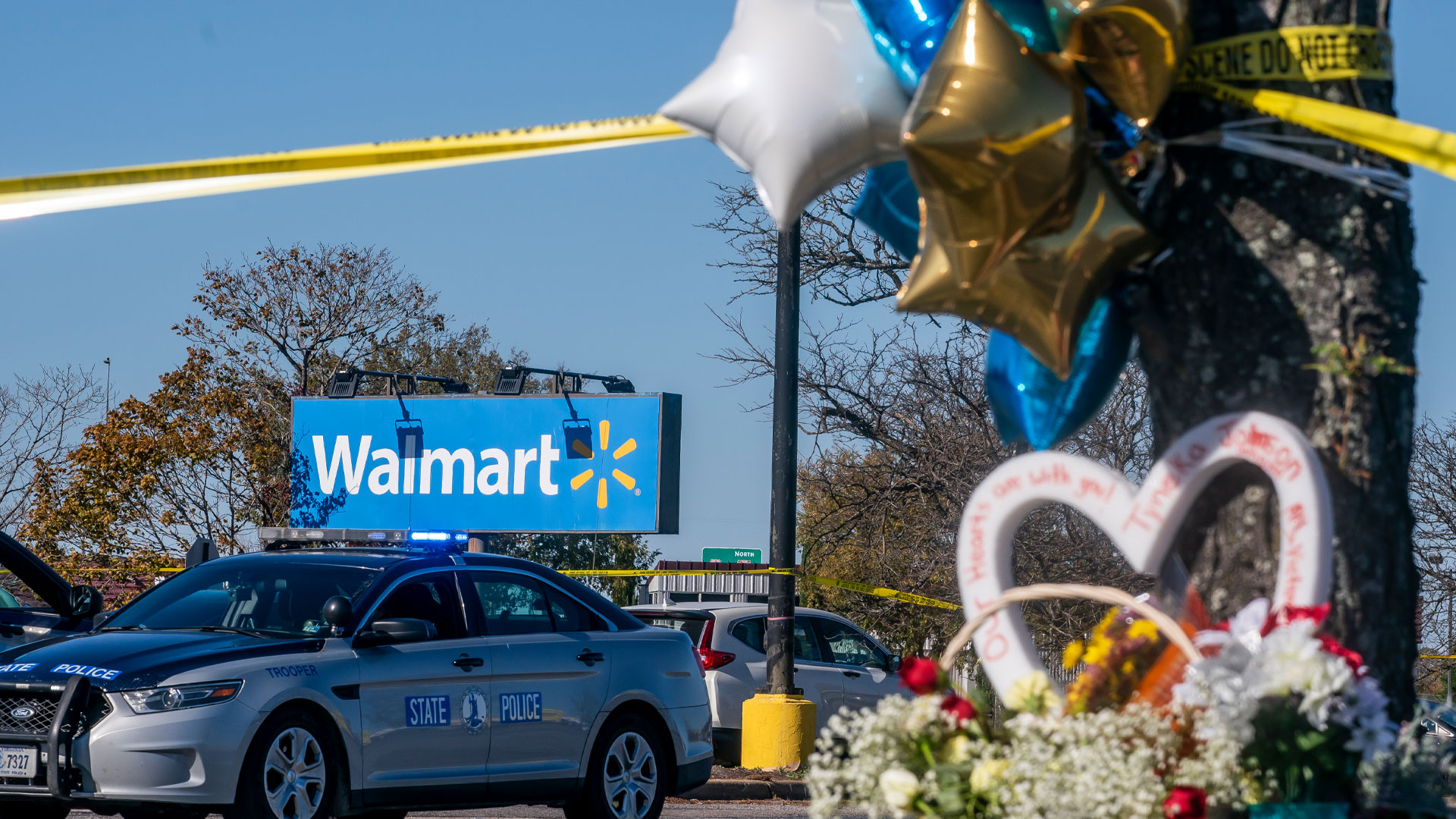 
THE Walmart supervisor accused of gunning down six of his colleagues left a chilling note at the scene, city officials have confirmed.

Andre Bing opened fire in Chesapeake, Virginia, late on Tuesday before turning his weapon on himself during the massacre, police said.

Sharing the letter, the City of Chesapeake tweeted on Friday: “As the investigation has progressed, detectives conducted a forensic analysis of the suspect’s phone, which was located at the scene.

“This note was located in the device.”

The letter included a line in which the suspect appeared to suggest he had been compared to serial killer Jeffrey Dahmer.

It added: “I would have never killed anyone that had entered my home.”

The City of Chesapeake added: “Police can also confirm that the suspect used a 9mm handgun.

“The gun was legally purchased from a local store on the morning of Tuesday, November 22, 2022. He had no criminal history.

“There were several inquiries about anything recovered from the search warrant at the suspect’s house.

“A box of ammunition was found and various items in reference to the 9mm handgun (box, receipt, other paperwork).”

The victims have been identified as Brian Pendleton, 38; Kelly Pyle; Lorenzo Gamble, 43; Randy Blevins, 70; Tyneka Johnson, 22; and the youngest victim, a 16-year-old boy.

Donya Prioleau, who was in the break room when Bing walked in and opened fire, told Acesparks that he “said a lot of disturbing things.”

She claimed “[Bing] came in, shot three of my friends… half of us didn’t believe it was real until some of us saw blood on the floor.”

Prioleau described Bing as “condescending” and lacking “good communication skills,” adding that he was “quite mean to a lot of us.”

A witness who was present during the shooting said it appeared that Bing was targeting certain people.

“The way he was acting – he was going hunting,” Jessica Wilczewski, another employee, told The Associated Press. “The way he was looking at people’s faces and the way he did what he did, he was picking people out.”

She said that she saw the gunman shooting at people who were already on the ground.

“What I do know is that he made sure who he wanted dead, was dead,” she said.

“He went back and shot dead bodies that were already dead. To make sure.”

Wilczewski’s name was among those circled on the shooter’s reported kill list found outside his home.

The list included details of certain co-workers’ shifts and which departments they worked in.

Another name on the list was Blake Williams, 23, who survived the attack but is currently on a ventilator, according to his family.

Wilczewski had only been working at the store for five days and said she did not know who Bing got along with or had problems with.

She believes that the fact that she was a new employee may have been why her life was spared.

Apart from the six Walmart workers who lost their lives, four people were being treated in hospitals with unknown conditions, police said on Wednesday.