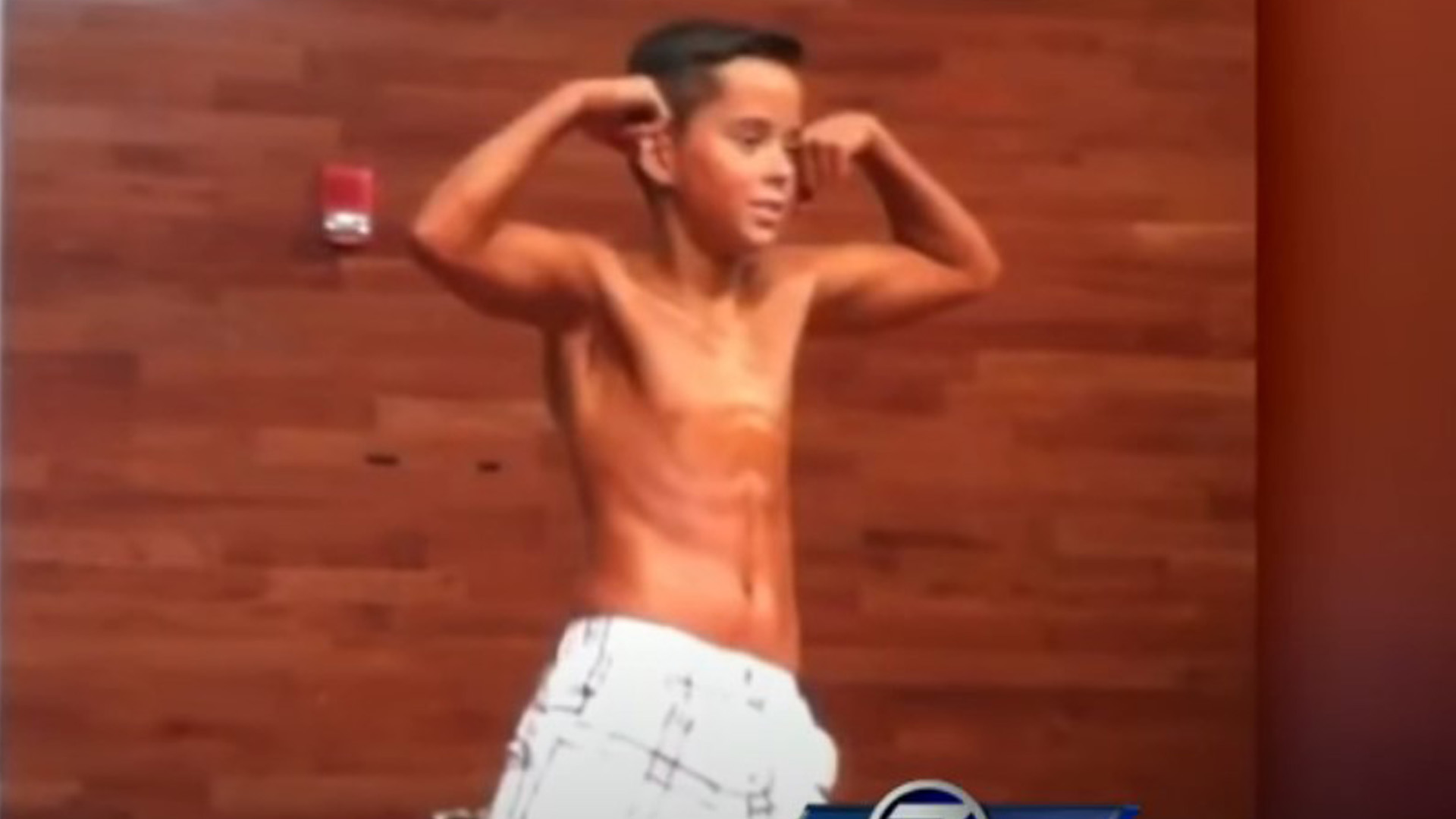 
A CHILD bodybuilder who was once crowned Mini Mr Olympia is completely unrecognizable eight years on.

Vince Poppleton, from Omaha, Nebraska, claimed the title as a 12 year old when he took part in a national bodybuilding competition held in California, US.

He hit the headlines due to his achievement and told KETV at the time: “I like the results you get when you work out.

He added: “I like the feeling of being on stage, like that adrenaline rush and how I look.

“I want to look as muscular as possible. I was just eating chicken and asparagus because that’s what bodybuilders do.”

The youngster was helped by his father, Bill, who also keeps him in check.

He said: “The dieting has to be just right to look good for that day – but it’s not realistic.”

Physical therapist Gib Willett said: “A national body of experts all say strength training is appropriate, is safe and can improve performance if you do it correctly.”

He added: “They’re not producing the hormones that cause muscle building so they get strength by improving their nervous system.

“It gives me a ton of confidence. I feel great about myself.

Things are very different now for Vince who is now a mechanical engineering student at Grand Canyon University, according to his LinkedIn profile.

It seems he is thriving in the academic world as well, writing: “I have studied prototyping and mechanical design and have earned an associate-level certification in mechanical design through SolidWorks (CSWA).

“Along with this, I have learned many other skills on a fundamental level such as programming (MATLAB and C++), soldering, and machining.”

It seems he now has a passion for golf as well.

His profile says he was working the past two summers in golf course maintenance at the Omaha Country Club.

Vince says his working day would start at 5.30am and work anything from nine to 12 hour days, six days a week.

He still appears to be keeping active with photos posted to his Instagram account showing him going skiing, surfing and hiking in the stunning Colorado landscape.