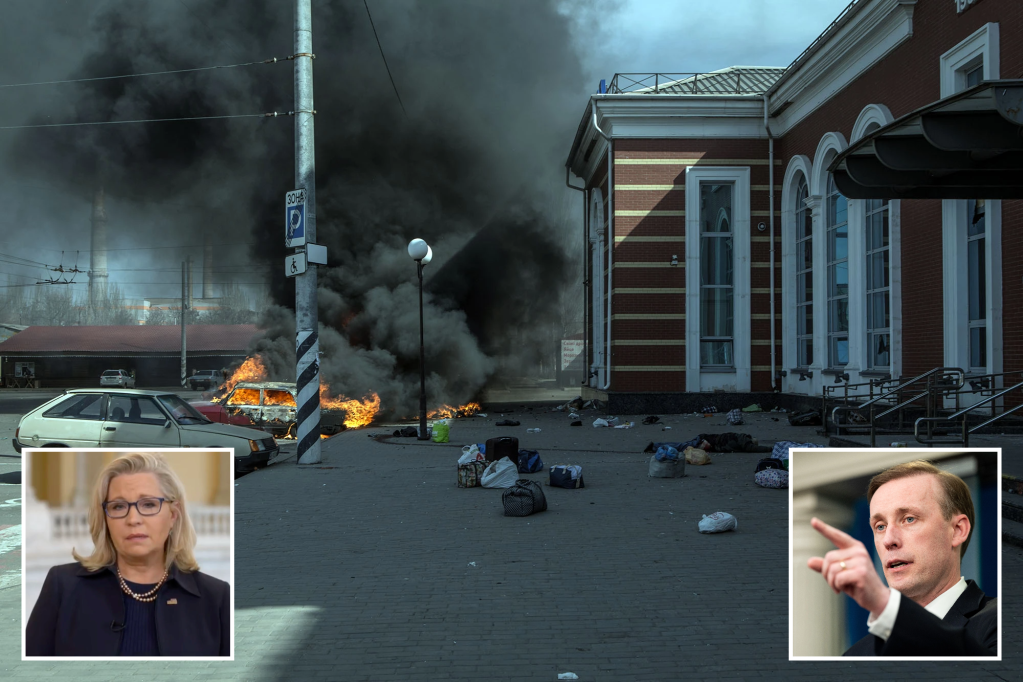 Cheney, an anti-Trump Republican from Wyoming, said there was no question that the attack that killed at least 52 people, including five children, in a crowded train station Friday in Kramatorsk was genocide.

Friday’s attack, which came as about 4,000 civilians had been in and around the station, has been denounced by some as yet another war crime amid the Russian invasion of the country.

Sullivan on Sunday acknowledged that the train station attack was a war crime.

“It absolutely constitutes war crimes,” Sullivan said on the “State of the Union” in a separate interview.

“In fact, President Biden was well out on the front of most of the world in declaring that what Russia was doing and what Vladimir Putin was authorizing here were war crimes. We have seen that in Kramatorsk, in Bucha and other parts of Ukraine. The systematic targeting of civilians, the grisly murder, ”he said.

But Sullivan sidestepped answering host Jake Tapper directly when asked, “How is this not genocide?

“In my opinion, the label is less important than the fact that these acts are cruel and criminal and wrong and evil and need to be responded to decisively,” Sullivan said. “And that’s what we’re doing.

“We’re doing that not just by supporting international investigations and gathering evidence to hold the perpetrators all the way to the highest levels accountable. We’re doing it by providing sophisticated weapons to the Ukrainians that are making a major difference on the battlefield, ”he continued.

The UN defines genocide as acts such as murder that are carried out with “the intentions to destroy, in whole or in part, a national, ethnic, racial or religious group. ”

Some law experts say they have stopped short of using the term in Ukraine at least partly because of its strict legal definition, including that a pattern of proven cases must be established in an international court.

One expert also recently noted to Politico that the term carries “moral connotations” that “suggest you need to take a stronger form of action.”