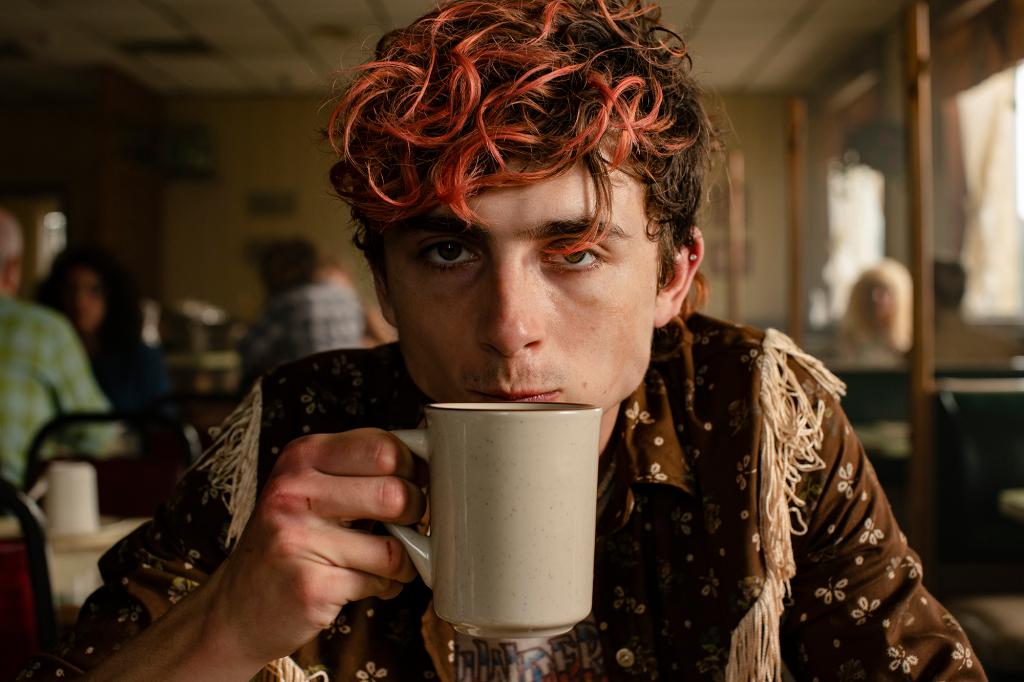 
And here we thought the “Call Me By Your Name” peach was controversial.

You chuckle — or grimace — at the premise, but it really works in an artful, poetic and enamoring way.

Based on Camille DeAngelis’ novel, the movie shrewdly avoids a serial killer or criminal mood (though crimes they are) by rendering its characters’ perversion almost supernatural. Their appetite for Homo sapiens over cows, we learn, is a genetic, incurable trait, and they exist on the periphery in secret, like vampires.

Maren (Taylor Russell) realizes she can’t tamp down her bloodlust anymore after an, ahem, accident at a sleepover and runs away from her father’s home in Virginia. During a stop while on a bus to Maryland, she meets Sully, a creepy fellow cannibal played by Mark Rylance, who teaches her the ropes and tells her, “I never ever eat an eater.”

Fearing for her life, she hightails it from there and soon meets Lee (Chalamet) at a drugstore. It’s a murderer meets cute. He is another eater, and this is the one story in existence in which discovering a hottie is a cannibal is not a red flag. They’re sadistic soulmates.

Lee and Maren head out on a road trip across America, satisfying their cravings and then moving on to the next state, partly in search of Maren’s long-lost mother. This is where Guadagnino’s visual mastery takes off. The director captures the heartland with fresh, adoring, childlike eyes, not unlike the way fellow Italian Sergio Leone found new vibrancy in the desert mountains and sunsets of “Once Upon a Time in the West.”

All the while, Chalamet — as a dark, rebellious waif — and Russell — playing an outwardly innocent, but cutthroat survivor — develop a believable all-consuming infatuation on their characters’ journey dotted with treacherous ne’er do wells. “Bones,” with its unlikely blend of emo-kid googly eyes and campfire Americana, is “Twilight” meets Mark Twain.

Both actors somehow turn young killers into deeply relatable outsiders. Taken at face value, they are monsters who should be maligned by society. And yet we are totally helpless in our affection for them. We just want what’s best for these CANNIBALS.

Be warned that the act of eating fellow people for brunch is gruesomely depicted and not shied away from. Those scenes have a whiff of horror, as do Rylance’s Pennywise the Dancing Clown-like appearances as Sully.

But even with the gore, as Guadagnino sees it, there is beauty in these beasts.