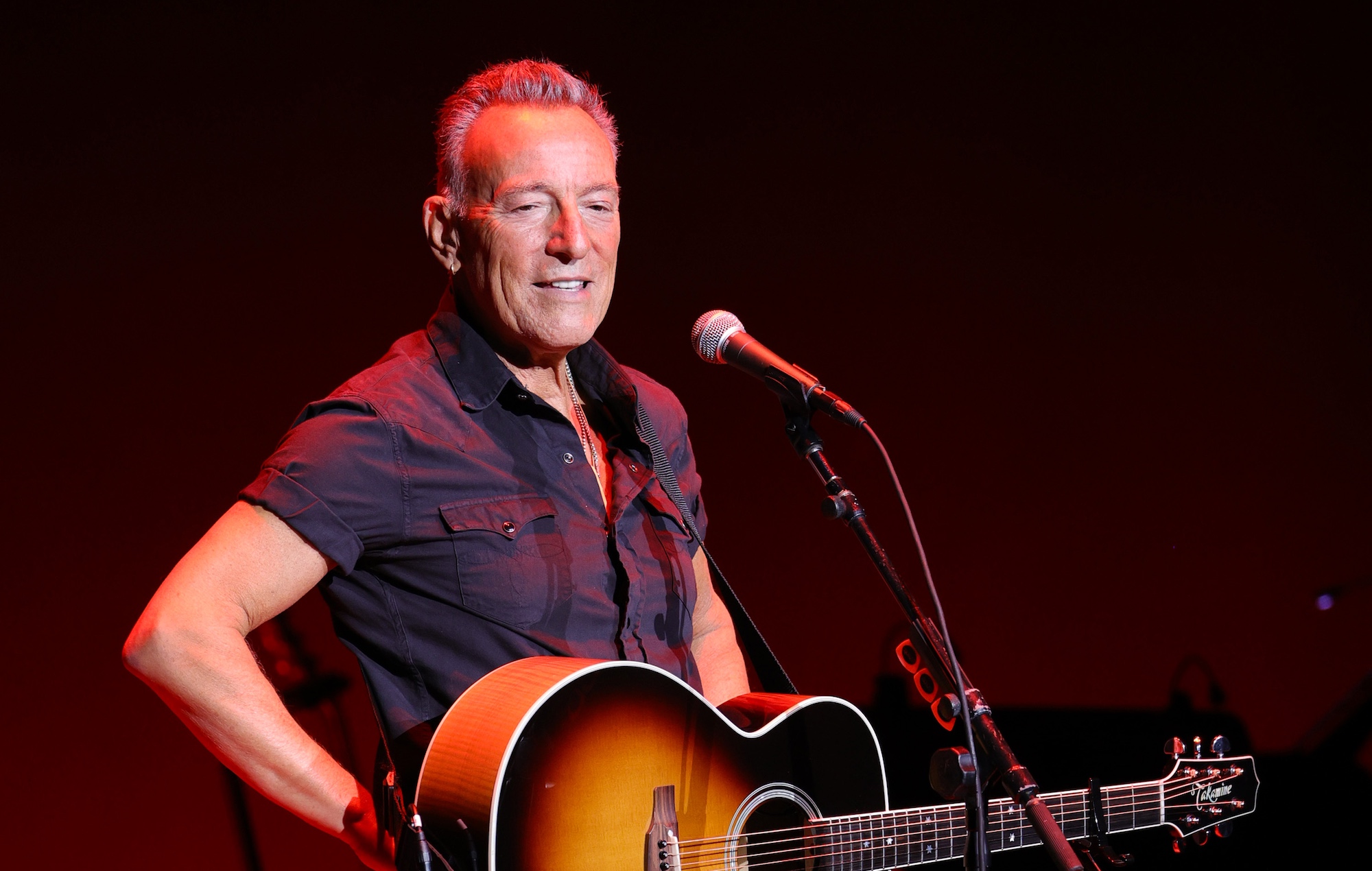 
Bruce Springsteen has revealed that he scrapped an “entire record” prior to recording his new soul covers album.

The Boss’ last album of originals came in 2020 with ‘Letter To You’and yesterday (November 11) he shared new album ‘Only The Strong Survive’an album which sees him cover soul classics from his youth.

Speaking to Edith Bowman for a new interview, Springsteen revealed that he made an entire record first, but the songs “didn’t feel quite right”.

He said (via Exclaim): “Initially, it was really hard. I was picking material and I’m going, “It’s hard to sing somebody else’s songs, and get them to sound authentic and it’s coming out of you.” So I made an entire record that I threw out, and it’ll show up in different places, and there were some good things on it but it didn’t feel quite right.

“So I came across this ‘Do I Love You’, the Frank Wilson, Motown rarity, and the States, I guess, no one had heard it. And I want to try that. And so my producer, Ron Aniello, created the track and the track was really good, really strong. I said, “Well, if I can get up near Frank Wilson’s range, I’m going to take a swing at it.” And we cut that, that felt great.”

Springsteen added: “I said well, maybe I’ll orient myself towards soul music, because it’s how I grew up, and all my great mentors were soul men that came, Sam Moore and, of course, James Brown, Smokey Robinson as a writer. I mean, just so many. And the great singers, David Ruffin, Levi Stubbs, all masters. They were all my masters and I said well, let me try and sing some of this material.”

After the new album’s release, The Boss is set to feature on three consecutive episodes of The Tonight Show next week in support of his new covers album, as well as a special Thanksgiving episode later this month.

The Boss will kick off his residency on the show on Monday night (November 14), return the following evening and wrap up on Wednesday (November 16). Springsteen will play four songs from ‘Only The Strong Survive’ over the three-episode run and will also be the show’s lead guest, participating in segments alongside host Jimmy Fallon. Springsteen will then return to the show on November 24 for his Thanksgiving edition.

In a four-star review of ‘Only The Strong Survive’, said it sees Springsteen “resurrects these classics as a means of celebration, pointing back to some of the strongest songwriters and vocalists of all time with 15 huge and heartfelt tributes”.

“Not only does it shine a light on what inspires one of the greatest living American songwriters, it also works to preserve the greats of the past and ensures that the best music and stories continue to survive.”

Next year, Springsteen and the E Street Band will tour the UK, Europe and North America, with The Boss reuniting with his legendary backing band for their first tour together since 2017. The tour will kick off in Tampa in February, continuing throughout the US until mid-April. The European and UK leg will kick off with a pair of concerts in Barcelona in late April, wrapping up in Italy towards the end of July.