HomeCELEBSBruce Springsteen reborn as soul man on 'Only the Strong Survive'
CELEBS
November 11, 2022

Bruce Springsteen reborn as soul man on ‘Only the Strong Survive’ 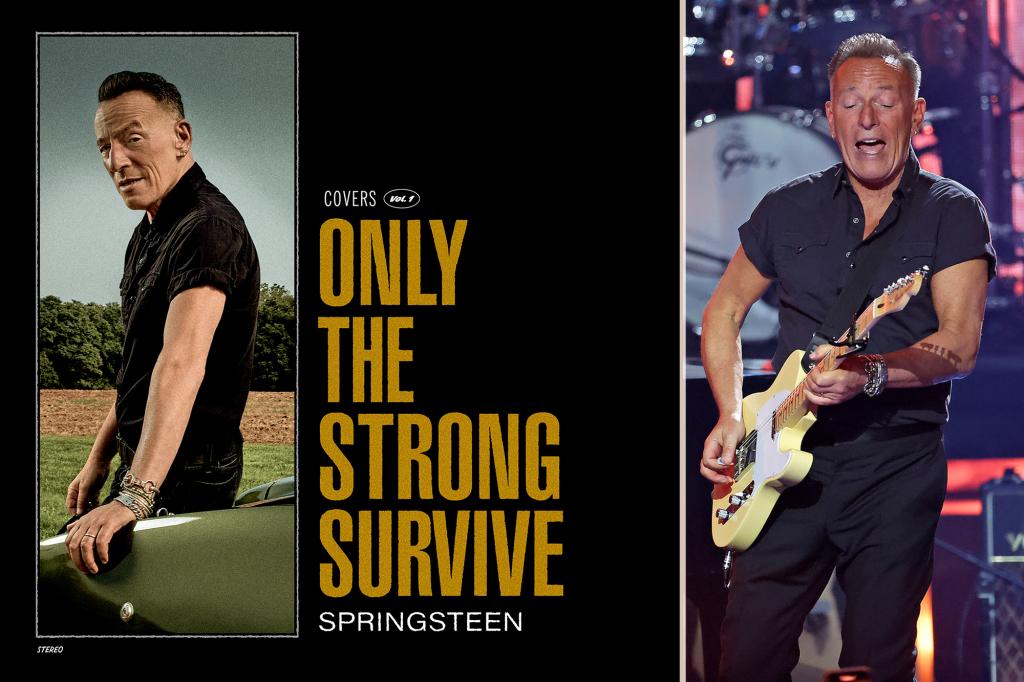 Taking a cue from Jake and Elwood, Bruce — I mean, come on, we’re on a first-name basis with him after 50 years — is embracing his inner soul man on his new album “Only the Strong Survive,” a collection of classic R&B covers that arrive on Friday.

If it’s hard to imagine why this Jersey rock god would roll into soul in his golden years, well, the answer is simple: Because he can. And nobody but nobody expects Springsteen to turn into James Brown.

This is not a soul album for fans of real R&B. This is a soul album for Springsteen fans who want to hear him do whatever the hell he damn well pleases at this point in his career. And at 73, he’s certainly more than earned that right.

Still, this 15-song set — featuring everything from ’60s hits by the Temptations (“I Wish It Would Rain”) and the Supremes (“Someday We’ll Be Together”) to ’80s gems by the Four Tops (“When She Was My Girl”) and the Commodores (“Nightshift”) — feels more like a passion project than a vanity one. This is a love letter to the music that put the swag in Springsteen.

And let’s not get it twisted — Springsteen has always had soul. But that doesn’t make him a soul singer — certainly not one in the tradition of the R&B glory days that he takes you back to here.

This is not a race thing: There have been many other white singers — from Teena Marie, George Michael and Lisa Stansfield to Robin Thicke, Amy Winehouse and even Justin Timberlake — who have inherently had more soul than Springsteen.

And when the Boss name-checks the likes of Otis Redding, Wilson Pickett and Sam Cooke on “Soul Days” — a remake of Dobie Gray’s little-known 2000 ditty — it’s clear that even he knows that he’s out of his league in this playing. field.

Still, it’s hard to begrudge Springsteen when, in a nostalgic reverie, he confesses that “my first love was always those songs.” And it’s certainly a nice touch that he brings in OG “Soul Man” Sam Moore of Sam & Dave for some cred-boosting background harmonies.

When Springsteen shines a light on less obvious covers such as “Soul Days,” Tyrone Davis’ “Turn Back the Hands of Time” and “Only the Strong Survive” — a 1969 hit by Jerry Butler — it will, for many, be like hearing them for the first time.

And certainly, Springsteen’s grizzled delivery is a well-weathered match for the life lessons of the title-track opener or the love-wornness of Jimmy Ruffin’s “What Becomes of the Brokenhearted.” Both of those tunes — and others on this 50-minute set — have a Phil Spector sweep that helped soul acts such as Darlene Love, Ben E. King, and Ike & Tina Turner cross over back in the day.

But even with Springsteen being Springsteen, sometimes he pales with a whiter shade of soul, as on “I Wish It Would Rain.” (Although, in his defense, how could he improve on the perfection of David Ruffin pouring his guts into those Temptations classics?)

Elsewhere, Butler’s “Hey Western Union Man” seems woefully outdated — no matter how much fervor with which Springsteen sings it. And with all the great soul classics out there, the Four Tops’ “Seven Rooms of Gloom” feels like an awfully strange choice.

But Springsteen saves the best for last on “Someday We’ll Be Together,” flipping the script on the other Boss — Diana Ross — with a testosterone-charged take on her goodbye song with the Supremes. Here, though, it feels all about a reunion with his departed loved ones in the afterlife — with Clarence Clemons on saxophone.