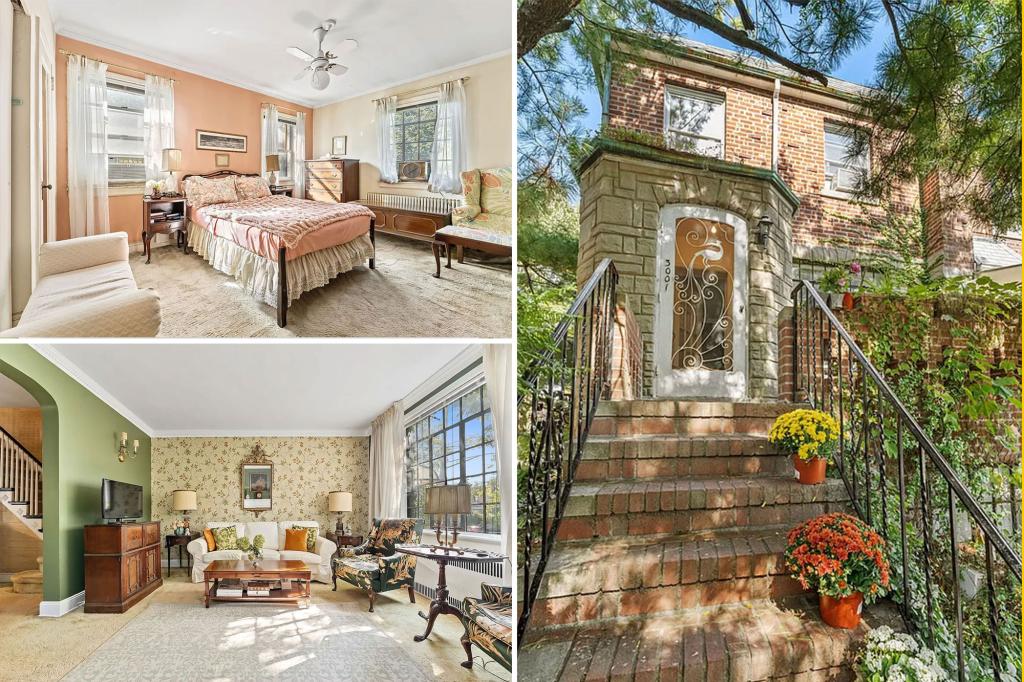 
This never-before-listed house is looking for its second-ever owner.

What’s more, this home deep in residential Brooklyn looks stuck in the 1950s in the darndest way.

The corner property on a tiny, triangle-shaped street just a block from the Marine Park neighborhood’s namesake green space looks like the set of a midcentury sitcom. From the floral wallpaper to the carpeted stairs, pale green kitchen curtains and stone-floored foyer, the four-bedroom spread couldn’t look more nifty. It’s listed with Serhant’s Tricia Lee for $1.22 million and “on the market for the first time ever,” according to the listing.

The home has been in the same family its entire existence, and its 82-year-old owner grew up in it, Lee told The Post.

The family has owned the row house since 1940, and the seller’s father — a 1933 Columbia Medical School graduate — ran his medical practice out of its lower level for most of his career.

The property is now configured as a duplex, with the lower-level still laid out for a medical practice.

“Future owners have the flexibility of keeping the office for commercial use, converting it into an income-producing rental unit, or combining it with the duplex to transform the entire property into a grand single-family house,” notes the listing.

“[He] treated anyone who would show up on his doorstep throughout the Polio outbreak,” said Lee.

Due to its unique location on an itty-bitty non-square block within the street grid, the property technically has three addresses: 3001 Ave. S, 1877-1893 Batchelder St. and 1930 Gerritsen Ave. Its corner lot also allows it to be an additional 43 feet in length and almost 26 feet deeper than most of the area homes, according to Lee.

Original details including crown moldings, arched doorways and custom built-ins remain throughout. There is a red brick facade, a woodburning fireplace in the den and a two-car garage below the family room.