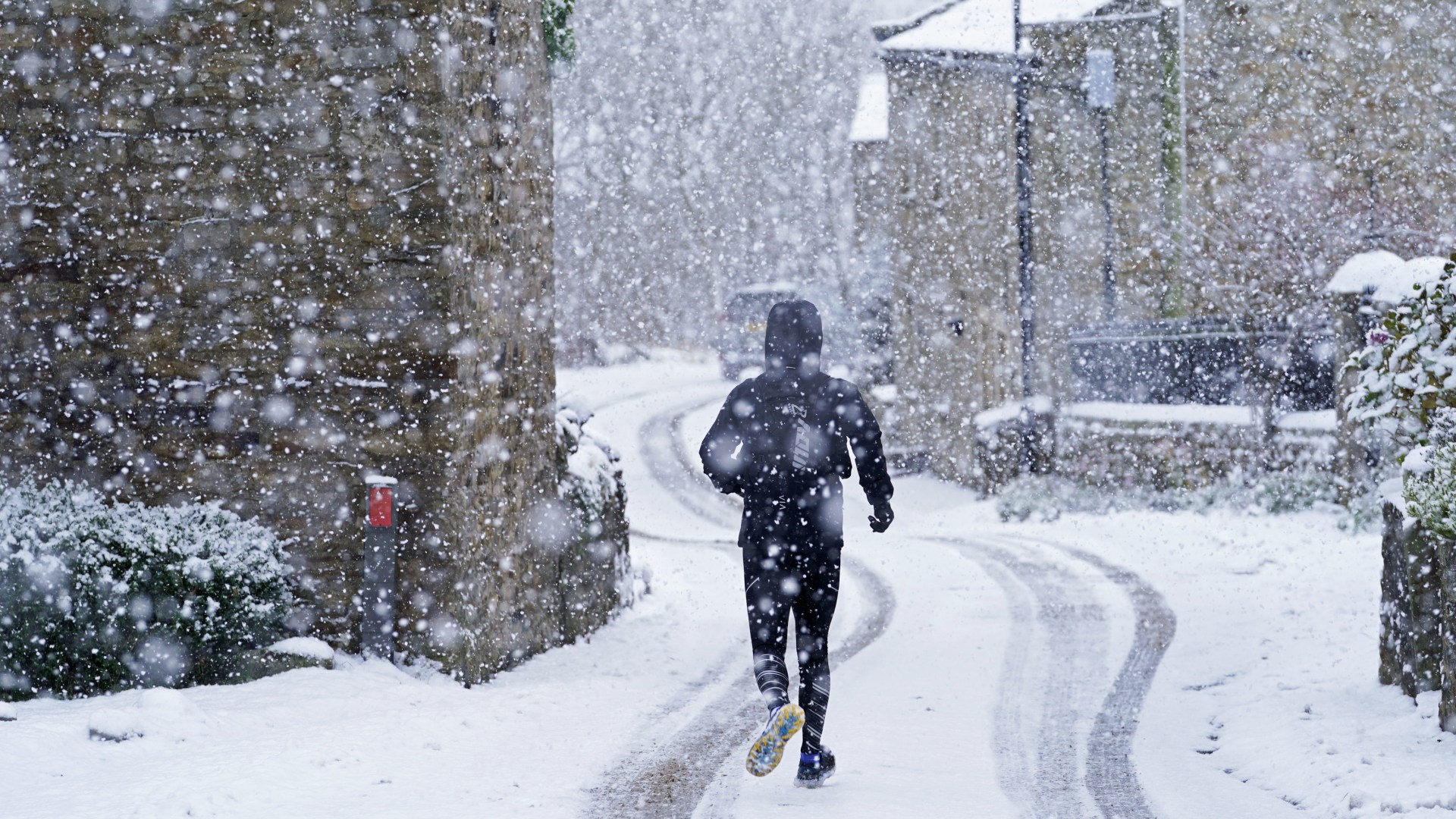 
SNOW is set to cover the UK within two weeks as forecasters predict icy temperature drops.

A large band of snow can be spotted arriving on Friday December 9, according to weather radar maps, WXCHARTS.

It is due to affect the south coast of England and move up towards the Scottish border countries.

Snow will continue to dust the same areas in the following days, with light flurries in western and northern Scotland.

On Saturday December 10 those in Exeter and Bournemouth are likely to wake up to white gardens as snow is forecast to fall through the night.

However, by December 12 Brits can expect to be dealing with sludge as the snow passes, and parts of northern Scotland are predicted to experience moderate rainfall.

It was set to fall through in parts of Northern Scotland – including Cairngorms National Park, Isle of Skye and Fort William.

Meanwhile much of Scotland was also under a yellow weather warning.

The Met Office had to issue three separate yellow weather warnings at the beginning of this week.

They covered different parts of the country, with stormy weather forecast to batter the country and flooding possible.

The first warning for strong wind and covered much of Devon and Cornwall, as well as the southern coast of Wales.

The region was due to see power cuts as gales of up to 80mph swept across the South West, while the Met also warned of travel delays and possible injury from debris swept up by the powerful gusts.

At the opposite end of the UK, eastern Scotland was mostly covered by a yellow warning for ice.