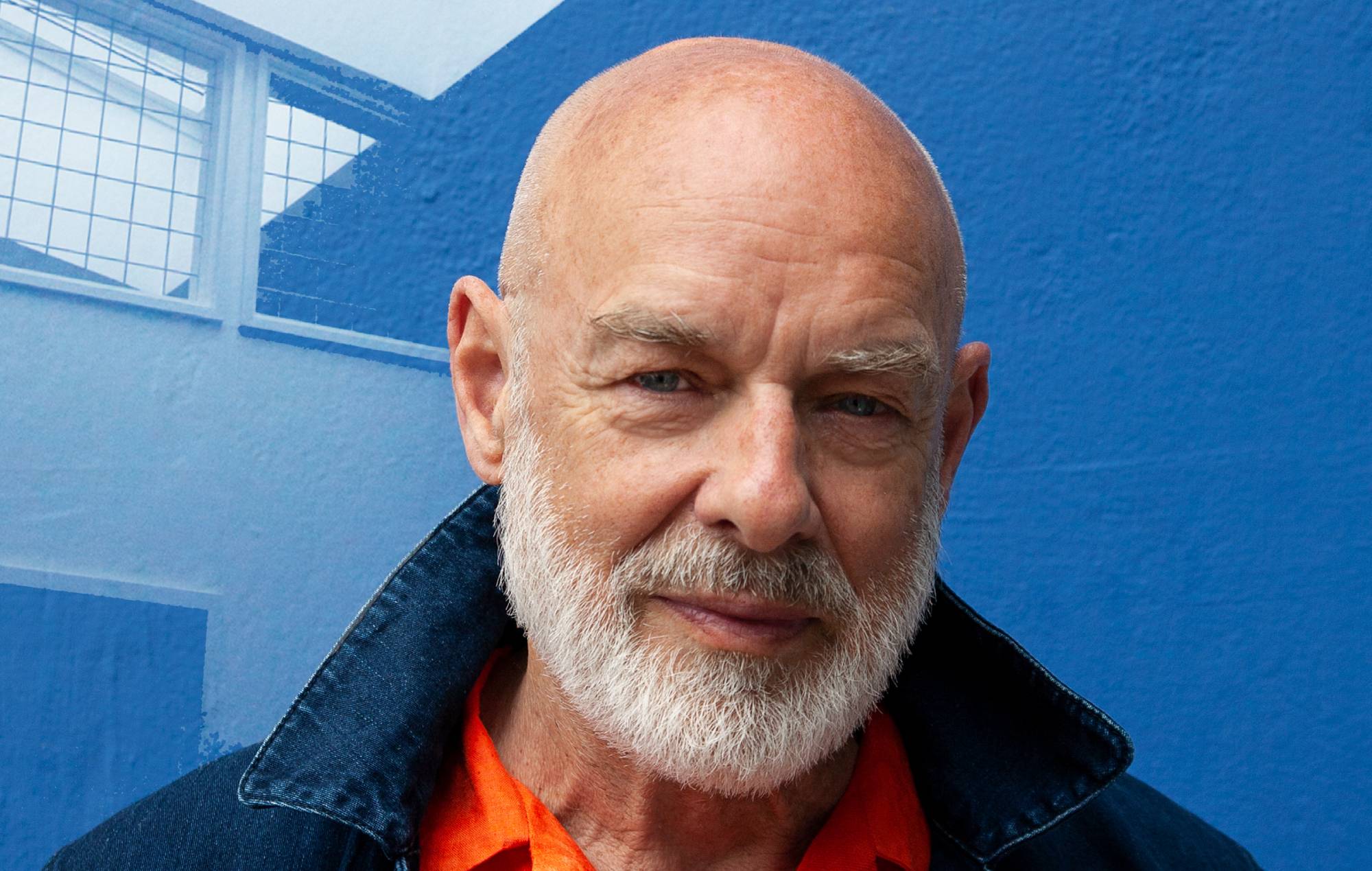 
Brian Eno has today (July 28) previewed his upcoming new album with a new single, ‘There Were Bells’ – check it out below.

Eno’s 22nd studio album, ‘FOREVERANDEVERNOMORE’, will be released on October 14 and can be pre-ordered here.

The 10 track record was made at his studio in West London and according to a press release, Eno sings vocals on the majority of tracks for the first time on an album since 2005’s ‘Another Day On Earth.’

Today’s single release was written by Eno for a performance by him and his brother Roger at a UNESCO World Heritage site, the Acropolis, in August 2021. Eno recalled how it was 45 degrees in Athens on the day of the concert with wildfires raging just outside. the city – something that prompted his introductory comment:”I thought, here we are at the birthplace of Western civilization, probably witnessing the end of it.”

‘There Were Bells’ is described as proving “a poignant reminder of the current climate emergency, a theme that is explored throughout the album.”

You can listen to the new track here:

‘FOREVERANDEVERNOMORE’ Tracklist:
‘Who Gives a Thought’
‘We Let It In’
‘Icarus or Blériot’
‘Garden of Stars’
‘Inclusion’
‘There Were Bells’
‘Sherry’
‘I’m Hardly Me’
‘These Small Noises’
‘Making Gardens Out of Silence’ [this will appear on the LP and digital version of the album and not the CD]

Speaking about the new album, Eno said: “Like everybody else – except, apparently, most of the governments of the world – I’ve been thinking about our narrowing, precarious future, and this music grew out of those thoughts.

“Perhaps it’s more accurate to say I’ve been feeling about it…and the music grew out of the feelings. Those of us who share those feelings are aware that the world is changing at a super-rapid rate, and that large parts of it are disappearing forever…hence the album title.

“These aren’t propaganda songs to tell you what to believe and how to act. Instead they’re my own exploration of my own feelings. The hope is that they will invite you, the listener, to share those experiences and explorations.

“It took me a long time to embrace the idea that we artists are actually feelings-merchants. Feelings are subjective. Science avoids them because they’re hard to quantify and compare. But ‘feelings’ are the beginnings of thoughts, and the long term attendants of them too. Feelings are the whole body reacting, often before the conscious brain has got into gear, and often with a wide lens that encompasses more than the brain is consciously aware of.

“Art is where we start to become acquainted with those feelings, where we notice them and learn from them – learn what we like and don’t like – and from there they start to turn into actionable thoughts. Children learn through play; adults play through Art. Art gives you the space to ‘have’ feelings, but it comes with an off-switch: you can close the book or leave the gallery. Art is a safe place to experience feelings – joyful ones and difficult ones. Sometimes those feelings are about things we long for, sometimes they’re about things we might want to avoid.

“I’m more and more convinced that our only hope of saving our planet is if we start to have different feelings about it: perhaps if we become re-enchanted by the amazing improbability of life; perhaps if we suffered regret and even shame at what we’ve already lost; perhaps if we felt exhilarated by the challenges we face and what might yet become possible. Briefly, we need to fall in love again, but this time with Nature, with Civilization and with our hopes for the future.”

Last year, Eno spoke out about Coldplay and The 1975‘s efforts to tackle climate change, while calling for “a revolution” in the wider music industry’s approach.

Appearing as a guest on the second season of Fay Milton’s Sounds Like A Plan podcast, which focuses on how the music community is confronting the climate crisis, he spoke about launching Earth Percent“a charity providing a simple way for the music industry to support the most impactful organizations addressing the climate emergency”.

“We’ve got quite a few people on board already,” Eno explained, “either actually on board or with a commitment to join us. We’re not talking only to artists; we’re talking to agents, promoters, managers, record companies, publishing companies, legal and so on.”

He continued: “We’re saying to all of them, ‘We’re all part of this business together, and you’re as important a part of it as anyone else. Why don’t you join us?’

“We’re trying to make it the cause of the music business, really, to say, ‘Let’s have a revolution’,” Eno said, adding that he hopes the model would then spread to other industries.