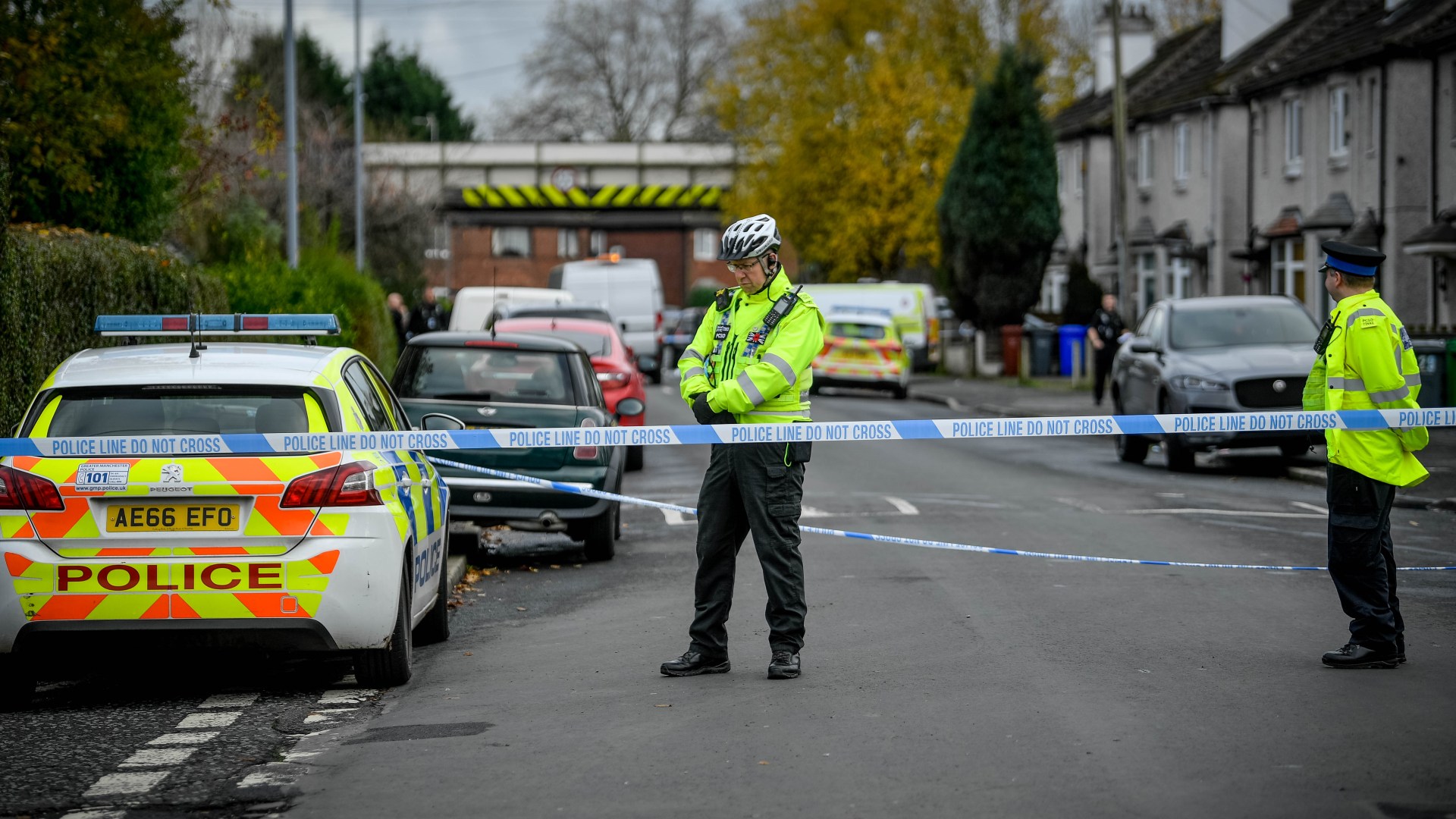 
A TEENAGER has been stabbed to death in broad daylight during an attack on a residential street.

Cops have launched an appeal for information after the 17-year-old was fatally injured at around 11:30am in Withington, Manchester.

The victim was taken to hospital but sadly passed away a short time later as a result of his injuries.

His next of kin have been informed and officers are supporting the family at this difficult time.

It is not believed that this was a random attack and early inquiries suggest that there is no threat to the wider public.

A cordon remained in place on Southlea Road throughout this afternoon and into the evening, with forensic officers investigating at the scene.

An air ambulance was also scrambled to the area following the attack. An increased police presence is expected in the locality over the coming days.

Neighbors spoke of their shock to the Manchester Evening News following the incident, which sent shockwaves through the community.

Police had initially said the teenager was the victim of a ‘serious assault’ before they later said his injuries had proved fatal.

A person who lives nearby, who asked not to be named, said: “It is shocking as it is right near a school and around the time the nursery children are walking home.”

Others told of how they were worried about their children. One woman added: “I’ve got to go and pick my kids up from school, but I don’t want to bring them back to this.”

Detective Superintendent Neil Jones said: “Our thoughts are with the victim’s loved ones at this devastating time, and I understand this will cause distress and concern to the community and across Manchester.

“We are in the early stages of our investigation, but I can assure you that our officers are carrying out extensive inquiries to establish the full circumstances surrounding this incident.

“You may notice that there will be an increase in officers out on the streets in the Withington and Burnage area over the coming days to gather intelligence and offer reassurance to the public.

“If anyone has any information about this incident or has any concerns, I encourage you to speak to these officers. They are there to help and support you.

“This can also be done anonymously via Crimestoppers.”

Images from the area show that Southlea Road in Withington, Greater Manchester had been taped off.

A North West Ambulance Service spokesperson said: “We responded to a police incident on Southlea Road, following a call at 11.38am and sent an ambulance, response vehicle, air ambulance and a Hazardous Area Response Team member.

“A patient was taken to the hospital by road.”