Paul McCartney, Billie Eilish and Finns are some of the acts added to a special TV program that aims to raise awareness about...
Read more
ENTERTAINMENT 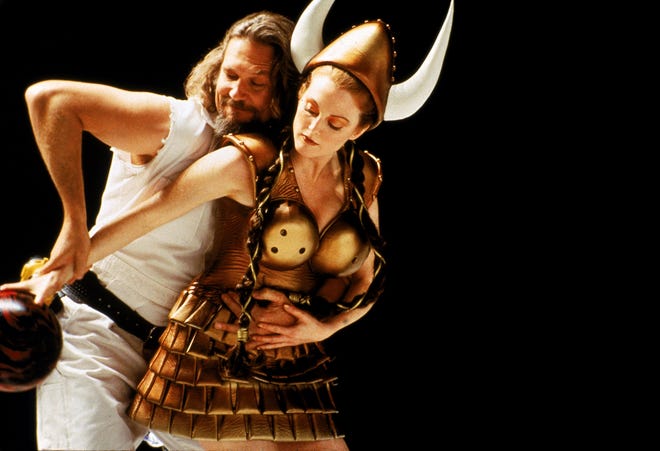 The “high” and holy holiday of 4/20 is upon us once again, with plenty of pungent programming to toke to this year. For the uninitiated, April 20 is an unofficial holiday also known as “Weed Day,” dedicated to all things marijuana. It’s traced back to 1971, when a group of high schoolers from San Rafael, California, known as the Waldos, agreed to meet at 4:20 pm with a map in hand to search for a plot of marijuana plants that had been abandoned by its owner .

The notion of 420 as a countercultural celebration became a thing in the 1990s when a group of Grateful Dead fans posted flyers in Oakland, California, urging fans to light up on April 20 at 4:20 pm

Wherever you fall on the pot spectrum, we’re here to suggest stoner-themed movies and TV shows for just about every altered state, all of which are available to rent, buy, watch for free or stream with a subscription:

In what states is weed legal ?:Here is the list for recreational and medical use.

If you need a toke of stoner wisdom: ‘The Big Lebowski’

If you think there’s a more quotable stoner movie than “The Big Lebowski,” well, that’s just, like, your opinion, man. The Coen Brothers’ 1998 cult classic is an offbeat crime caper about a shaggy, White Russian-swilling stoner named The Dude (Jeff Bridges), who gets pulled into a ransom scheme involving a rich philanthropist’s two-timing trophy wife (Tara Reid). Featuring an all-star cast including Philip Seymour Hoffman, Julianne Moore, Steve Buscemi and John Goodman (Oscar-worthy as a foul-mouthed Vietnam vet), the film also has plenty of outlandish dream sequences that are best enjoyed after a few bong rips .

Where to watch: Peacock

If you want to have your mind completely blown: ‘Annihilation’

One of the trippiest movies we’ve ever seen bar is “Annihilation,” Alex Garland’s highbrow, thought-provoking 2018 thriller that bombed at the box office but has since become a source of endless analysis by science fiction fans. Natalie Portman stars as a biologist who ventures into a mysterious, bubble-like area called “The Shimmer” to find her missing husband (Oscar Isaac). There, she and her all-female team of scientists discover mutated creatures and eye-popping landscapes as they gradually lose their minds. The final 30 minutes – in which Portman encounters her alien-like double – will make you feel high without even smoking.

Where to watch: Paramount +

If you miss getting high with your friends: ‘Broad City’

Oh, Abbi and Ilana, how we miss you. Few series better capture New York in all its sweaty, smelly, scrappy glory than “Broad City.” If you want to live vicariously through Ilana Glazer and Abbi Jacobson as they smoke a bowl and go on delightfully absurd adventures, this is your show.

Where to watch: Hulu

If you want to see how much attitudes about marijuana have changed: ‘Reefer MAcesparksess’

Where to watch: Pluto TV and Tubi

If you want a classic with your chronic: ‘Up In Smoke’

Pot comedy got its start this 1978 Cheech and Chong caper, in which the comics unwittingly drive a “fiberweed” van built entirely out of hardened marijuana resin from Mexico to the USA while being tailed by an incompetent narcotics officer (Stacy Keach).

Where to watch: Rent it on Amazon Prime

Eight seasons’ worth of basement antics from Eric Forman and his friends should be more than enough to outlast anyone’s weed supply.

Where to watch: Rent it on Amazon Prime

If Sean Penn will always be Spicoli to you: ‘Fast Times at Ridgemont High’

If you’re under 30, you’ve probably only ever known Penn, a two-time Oscar winner, as a Serious Dramatic Actor, having played a grieving father in “Mystic River,” a condemned prisoner in “Dead Man Walking” and a gay political icon in “Milk.” But Penn’s big break came in this 1982 high school comedy, in which he played stoner dude Jeff Spicoli, whose worldview can be summed up thusly: “Surfing’s not a sport, it’s a way of life, it’s no hobby. It’s a way of looking at that wave and saying, ‘Hey bud, let’s party!’ “

“Up in Smoke” may have invented the stoner movie genre, but this 2008 comedy starring Seth Rogen and James Franco as a process server and a pot dealer having a very bad night gave rise to an entire strain of marijuana. “As we were writing it,” Rogen explained to Cannabist in 2014, “we said, ‘If we’re ever at a weed store or buying weed and someone offers us Pineapple Express, we’ll know we’ve made it!”

Where to watch: Amazon Prime

If you like to contemplate the universe while high: ‘Cosmos: A Spacetime Odyssey’

At least you’ll know you are high while watching Neil deGrasse Tyson ponder the mysteries of the galaxy, as opposed to the time I nearly collided with Neil deGrasse Tyson while getting on the elevator at work and wondered if the cold medicine I was on at the time was messing with my head. (Thankfully, we had photographic evidence of his visit, proving that I did not hallucinate the whole thing.)

Where to watch: Disney +

Like Penn, Matthew McConaughey has graduated to playing Oscar-caliber roles – and thinking deep thoughts in Lincoln commercials. But the difference is that McConaughey still begins his Oscar acceptance speech by saying, “All right, all right, all right!” And that unscripted line came from his very first scene in his very first movie: “Dazed and Confused,” the 1993 Richard Linklater comedy in which the unknown Texan played a 20-something who had nothing better to do than hang out with high schoolers on the last day of classes.

If you still quote ‘Chappelle’s Show’ regularly: ‘Half Baked’

Catch glimpses of Dave Chappelle’s future greatness (including his Lil ‘Jon impression) in this 1998 comedy, which he co-wrote and starred in as Thurgood Jenkins, a research laboratory janitor who sells the pot intended for use in an FDA study so he can bail his friend out of jail. Eventually, Thurgood and his pot-selling alter ego, Mr. Nice, become a little too successful, incurring the wrath of the local drug dealer.

Where to watch: Tubi

If you’ve ever used the phrase ‘Bye, Felicia’: ‘Friday’

Rapper Ice Cube and writing partner DJ Pooh set out to create a “hood classic,” and they pulled it off with this semi-autobiographical 1995 comedy about two friends (Cube and Chris Tucker) trying to figure out how to repay their pot dealer $ 200 before 10 pm And one throwaway line (“Bye, Felicia”) entered the popular lexicon as a way to dismiss annoying people. Not too shabby for your first major script. In 2015, Friday even returned to theaters for a special 20th anniversary engagement on – you guessed it – 4/20.

Where to watch: Peacock and HBO Max

If you’d do anything to satisfy your munchies: ‘Harold and Kumar Go to White Castle’

Potheads are a suggestible lot. Mention any kind of junk food to them when the munchies are kicking in and they’ll set off on an epic quest to find it. Such is the case for investment banker Harold (John Cho) and his medical school applicant buddy Kumar (Kal Penn), who see an ad for White Castle while getting stoned in this 2004 film and decide nothing else will satisfy their hunger but a bag of sliders – even if they have to survive a ride of terror with Neil Patrick Harris and hang-glide to get their hands on them.

Where to watch: Tubi

If you think it’s fun to mix Mickey Mouse and marijuana: ‘Fantasia’

More than 75 years after its release, this animated classic, consisting of eight segments – including one on the history of Earth and another featuring Mickey as a sorcerer’s apprentice – remains Disney’s trippiest film, and the best companion for cannabis.

If you like to combine your sinsemilla with superheroes: ‘Chronic-Con Episode 420: A New Dope’

Comedian and @midnight panelist Doug Benson has managed to milk two documentaries out of his marijuana habit: 2008’s “Super High Me,” in which he took a cue from Morgan Spurlock and spent a month off the pot and the next on a lot of it , and 2015’s “Chronic-Con,” in which he spends an entire Comic-Con stoned. And he may be onto something: being high would at least make it easy to stomach the exorbitant wifi fees at the convention center.

Where to watch: “Amazon Prime”

Paul McCartney, Billie Eilish and Finns are some of the acts added to a special TV program that aims to raise awareness about...
Read more
- Advertisement -
ENTERTAINMENT

Paul McCartney, Billie Eilish and Finns are some of the acts added to a special TV program that aims to raise awareness about...
Read more
ENTERTAINMENT

Mark Tuan has returned with a new solo single, 'imysm', released alongside a touching music video. The Taiwanese-American musician, who is also a part...
Read more