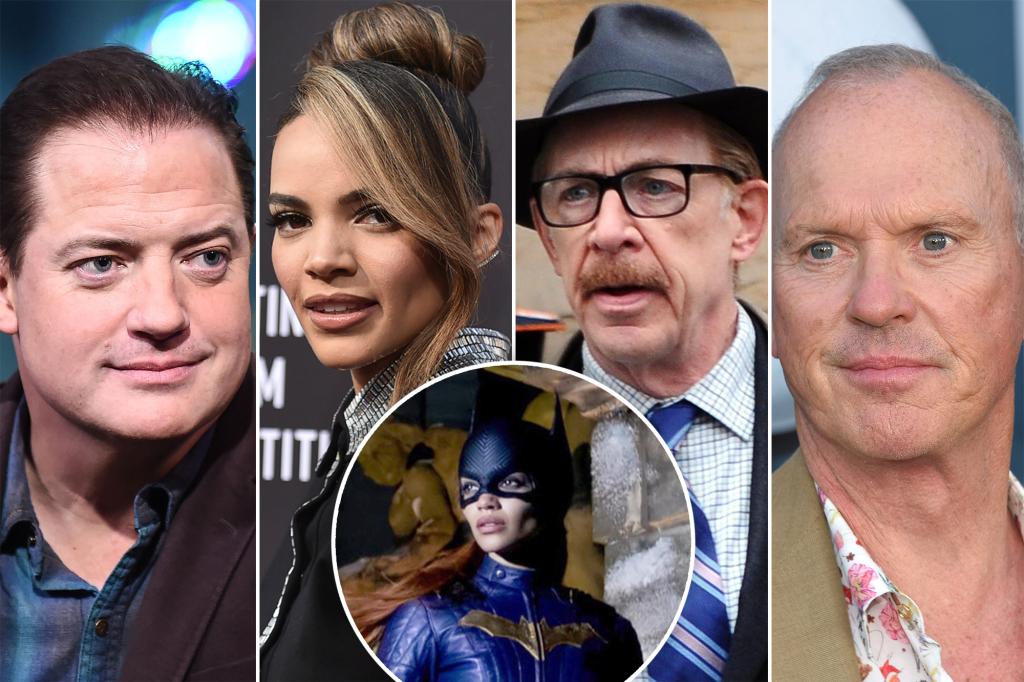 
Warner Bros. didn’t even have the courtesy to give the “Batgirl” cast and creative team a bat signal that their movie was being locked away in Arkham.

The poor actors and directors of the scrapped DC Comics flick, sources told The Post, were not informed that their $100 million project (WB claims $90 million) had been shelved by the studio.

The cast — including Leslie Grace, Brendan Fraser and Michael Keaton — only learned the bad news after The Post broke the story Tuesday that the mostly completed DC film wouldn’t hit theaters or stream on HBO Max. Nobody will ever see this movie.

“They had no idea the movie was being shelved,” a film industry source said of the blindsighted workers. “That’s a giant problem.”

Angry actors have privately told their teams that the unfortunate situation has been “humiliating” and “disappointing” — discovering that their work will never be seen and being forced to read about the news online several hours after the rest of the world already knew.

Fraser was still answering questions about his role in the film as Firefly onstage at GalaxyCon in Raleigh, NC, on Saturday.

On social media, Grace, the talented star of Lin-Manuel Miranda’s movie-musical “In The Heights,” tellingly posted a video clip with Taylor Swift’s song “Shake It Off” to her Instagram story.

The directors, Bilall Fallah and Adil El Arbi, were in the dark too, I’m told.

On Wednesday, they released a joint statement on social media saying, “We are shocked and saddened by the news. We still can’t believe it.”

After The Post broke the “Batgirl” story, Variety reported that the film was killed for tax purposes and to avoid marketing costs. Outlets correctly noted that Warner Bros. Discovery CEO David Zaslav is pivoting away from the old strategy of direct-to-streaming releases.

However, the film industry source insisted to The Post that the film’s quality was part of the equation and said “Batgirl”‘s screen test numbers were “in the 30s” (out of 100).

“Of course if it were good they’d release it,” they added. “They think ‘Batgirl’ is a super important character, and they can’t stick her in a huge dog.”

Plus, streaming wasn’t on the table anyway. HBO Max, I’m told, didn’t lose “Batgirl” — it had zero interest in the movie. Casey Bloys, the chief content officer of HBO and HBO Max, did not want it anywhere near his streaming service, and the film was instead headed for a theatrical release.

The nixed movie has become a huge mess for the studio with fans online demanding the film be released — and the debacle has been made more egregious by the fact that the film is led by a Latina actress surrounded by a diverse cast and filmmakers.

And Warner Bros. co-chair Mike De Luca is said to be ill-equipped to deal with a highly visible situation as rough and embarrassing as this one.

“He’s famous for his complete inability to deliver bad news,” the industry source said. “He is confrontation-averse. A scared little bunny.”

WB, showbiz insiders feel, has gone from being one of the best studios for talent to work at to one that slights them on the regular.

When then-CEO of Warner Media Jason Kilar moved the studio’s entire 2021 film slate to HBO Max, big stars weren’t informed of that huge change either — including Oscar winner Denzel Washington, who starred in his crime drama “The Little Things.”

To say sorry to Denzel, WB wrote him a check for $35 million, said the industry source.