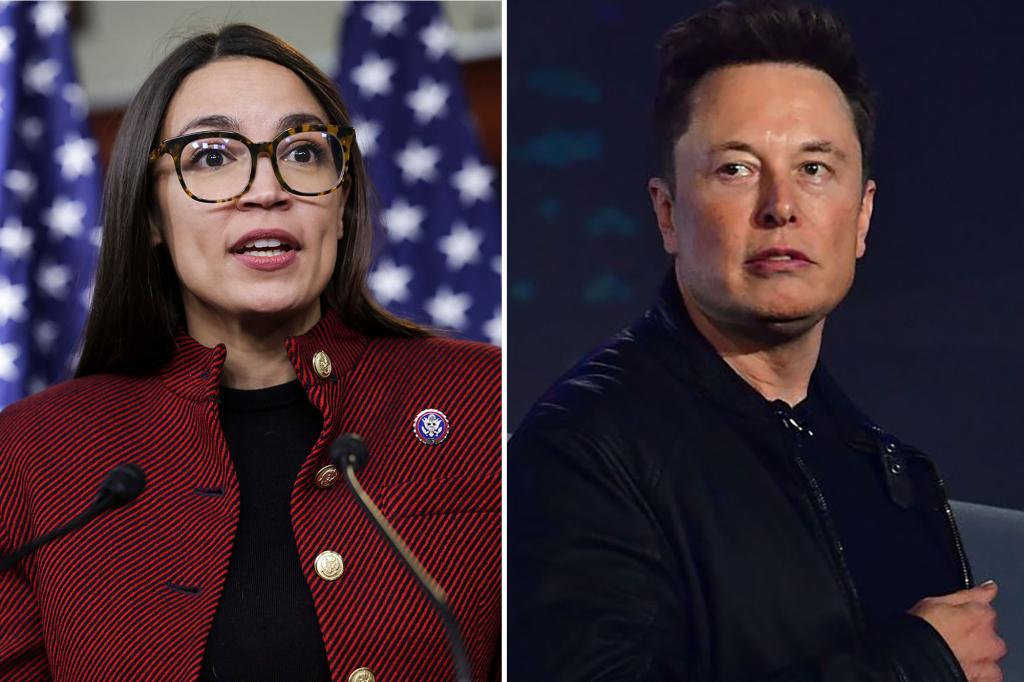 
Rep. Alexandria Ocasio-Cortez stepped up her feud with Elon Musk, arguing his ongoing overhaul of Twitter’s verification process will make it easier for “targeted harassment” of women.

An outspoken critic of Musk since before his acquisition of Twitter, Ocasio-Cortez has routinely aimed jabs at the billionaire’s handling of the platform since his takeover began last month.

“Wait… so if people can pay $8 to get verified, does that mean strangers can just pay to get into their mentions tab? Bc that will make following public conversations w/ journalists, outlets, & others almost impossible to track,” Ocasio-Cortez tweeted on Wednesday. “IG has this issue and it’s unusable in that regard.”

“If so, it definitely seems like a tool that’s ripe for targeted harassment, especially of women + others on this platform,” Ocasio-Cortez added.

Twitter users who pay $8 per month will receive a “blue check” on their accounts as well as other perks, including priority placement in search and mentions as well as fewer ads and the ability to post long-form content.

While Musk has asserted the subscription plan will democratize account verification and end a previous “lords and peasants” approach to the blue checkmarks, critics allege bad actors will abuse the system to make their posts seem more legitimate.

Ocasio-Cortez has also publicly grumbled about the $8 price tag.

“Lmao at a billionaire earnestly trying to sell people on the idea that ‘free speech’ is actually an $8/mo subscription plan,” Ocasio-Cortez tweeted last Tuesday night.

Soon after, Ocasio-Cortez alleged that her Twitter account had stopped working properly after she exchanged barbs with Musk over the plan, stating that she saw a “blank screen” instead of her Twitter notifications.

“So it turns out we got under a certain little billionaire’s skin,” Ocasio-Cortez quipped.

Musk responded by joking that the alleged account glitch was just a “naked abuse of power” on his part.

Concerns about Twitter’s approach to account verification are another headache for Musk, who is scrambling to establish alternate revenue streams at the company following an exodus of advertisers.

Musk recently said that Twitter had lost a “massive” amount of revenue as advertisers pulled back from the platform.