Anna Faris spoke about how she emotionally grappled with her divorces from actors Ben Indra and Chris Pratt Thursday on Chelsea Handler’s podcast, “Dear Chelsea.”

“I turned into somebody I didn’t recognize. Like, I was always the kinda person that had my fridge filled – and I hosted a lot of dinners. That was back when I had friends, ”Faris said about her split from Indra. “But then I found myself in this apartment with just beer and mustard in the fridge, and I was going out all the time. I had no one to text or call to say, ‘Hey, can I do this?’ It was incredibly liberating, and I reverted back to when I was 17 years old. “

The “Scary Movie” actress also spoke about her experience as a stepmom to her new husband Michael Barrett’s two children. Faris married the cinematographer in 2021 after meeting him on the set of “Overboard, ” in which Faris co-starred alongside Eugenio Derbez.

“I felt at first I wanted to be kinda like this wild, new, reckless person in their lives, because I was also going through a divorce,” Faris said.

Faris shares a son with Pratt, 9-year-old Jack. She married Pratt in 2009 and announced the separation in 2017. She previously married actor Ben Indra in 2004 and divorced in 2008.

Handler asked Faris how long her first and second marriages lasted. After Faris answered, Handler jokingly replied, “So, you’re getting better at it.”

Faris described the process of accepting love from other people as a “slow growth.” She said when she was younger, she feared she was “not a good lover” and that she was self-conscious about her body, not wanting anyone to see it while wanting validation.

“My mom never complimented my physical appearance,” she explained. “I was such a late bloomer – I had chubby cheeks, I wore headgear for (expletive) years. I think my parents did that to me because they wanted me to stay a virgin, ”she said, adding,“ that was one of the struggles in my life for sure. ”

While Faris found it easy to accept praise for her acting, she said she struggled to accept compliments on her physical appearance, and that her insecurities drove her to make changes to her body.

“I just got fake boobs and bleached my hair. That was my strategy, “Faris said” In Hollywood, if you’re at a thing and everybody looks beautiful and someone is like, ‘I think you look so beautiful,’ I can’t absorb that very well. It’s a little too much. ”

Faris said after her second divorce, she found it easier to accept love from others.

“I still kind of struggle with it,” Faris said. “It feels healthier though, whatever it is. It feels like I can be loved. ” 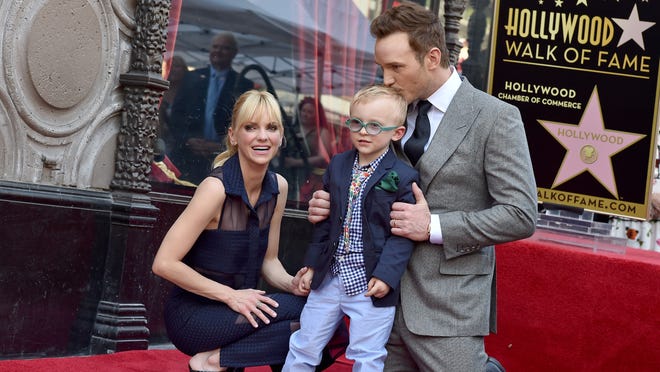 Actress Mary Mara, best known for her dramatic roles on television shows including "ER," "Ray Donovan" and "Nash Bridges," has died in what...
Read more

VENTURA, Calif. - A California judge found Monday that there is enough evidence against a man once briefly married to Britney Spears...
Read more

“The Bear” offers an intriguing, character-driven glimpse into the inner workings of a restaurant kitchen through the prism of clashing egos - and...
Read more

Alex Wagner to serve as MSNBC anchor, filling in for Rachel Maddow