HomeSPORTSUFCAlexander Volkanovski responds to critics, plans to be 'active' at featherweight and...
SPORTSUFC
November 13, 2022

Alexander Volkanovski responds to critics, plans to be ‘active’ at featherweight and lightweight 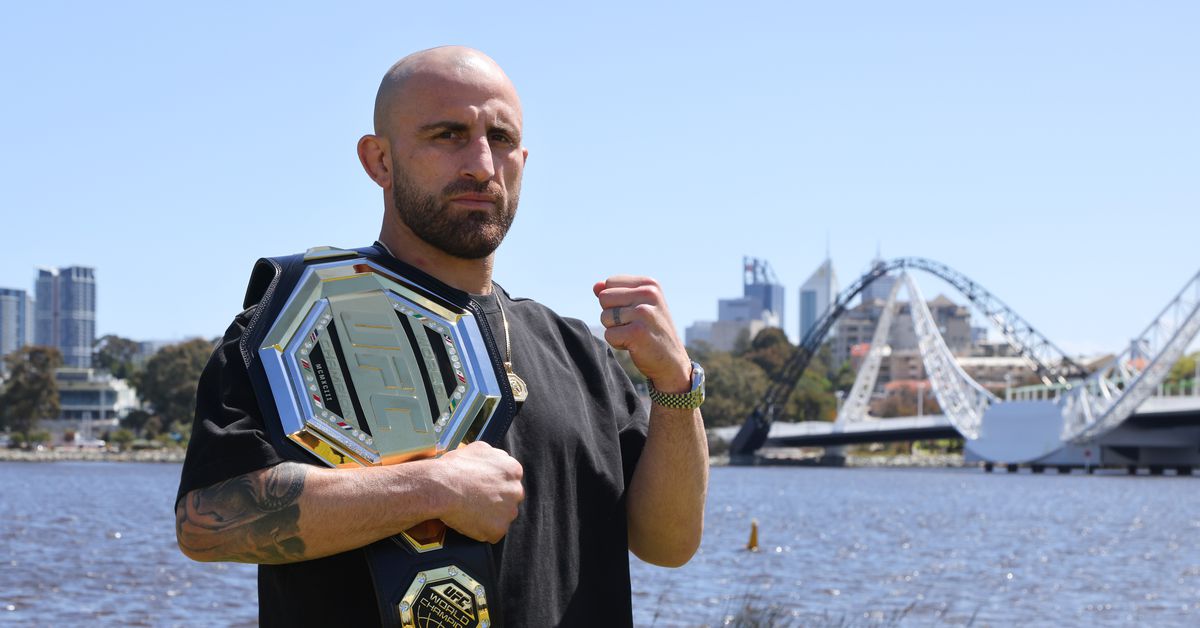 
Alexander Volkanovski has ruffled some feathers by pursuing a superfight with Islam Makhachev, with his critics arguing that he should stay put at featherweight and defend his UFC championship.

But Volkanovski is adamant about moving up in weight and believes he has earned the right to pursue a second world title given he has all but cleared out the featherweight division with championship victories against Max Holloway (three times), Brian Ortega, and Korean Zombie.

The reigning UFC featherweight champion and pound-for-pound No. 1 plans to stay active during his prime and ideally fight once every three months, reassuring his critics he will stay active at both weight classes.

“There’s a few of them that are just right there, eh?” Volkanovski said at the UFC 281 media day (h/t MMA Mania). “I think somebody’s gonna be a bit disappointed. There’s definitely that top 3, right? Arnold Allen, Yair Rodriguez, and Josh Emmett. Any one of those guys that misses out on something that happens there is gonna be pretty disappointed. We just gotta see what happens.”

He continued: “I’ve made it clear that I want to be active and things like that and people keep questioning like, ‘Ah, can you do two divisions? Well, I know for a fact one division can’t keep me busy enough. So, why don’t we focus on that? Let’s be real. I’m willing to do both belts at the same time and I think I can do it because I want to fight every three months. Easy. That’s what I wanna do. I don’t want to wait for this champ-champ, I want to do it now. I’m in the best shape of my life, I’m at my peak right now. I want to take advantage of that and f—k some people up so let’s do it.”

Makhachev vs. Volkanovski is being targeted for UFC 284 in Perth next year, with both fighters verbally agreeing to the matchup following a tense face-off at UFC 280.