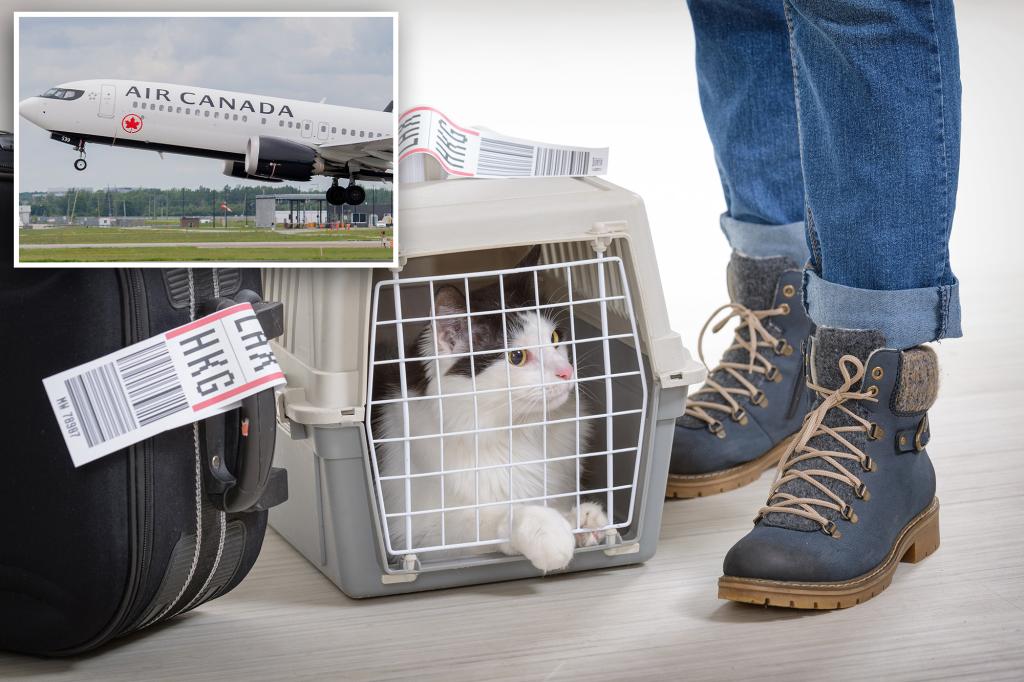 
A Canadian man who was prevented from boarding a flight to San Francisco was told by the airline that his two cats flew to the West Coast without him and that he needed to fly thousands of miles on his own to get them back.

Abbas Zoeb of Toronto was about to board an Air Canada flight to the Bay Area on July 6.

But visa issues upset his plans and he was not allowed to board the plane, according to Insider.

Zoeb said that Air Canada personnel told him that his luggage and his two cats — Mimi and Bubba — were sent to San Francisco without him.

When he protested to the airline, he said he was told that he needed to either fly to San Francisco to retrieve his pets or arrange for someone on the West Coast to look after them.

“I said this is absurd and I don’t have anyone to collect them,” Zoeb told Insider.

Zoeb said that he was finally reunited with his pets 15 hours after checking them in at the luggage terminal in Toronto.

“My pets were being treated like throwaway luggage and I was in anxiety all this time since no one could tell me where they were,” Zoeb said.

“Once I collected my pets they were visibly tired and feeling sick. Both were sneezing.”

The company’s website said that it would no longer allow pets to be checked into the baggage compartment, citing “longer than usual airport delays.”

Anyone who wishes to fly with their pets must now take them on board as hand luggage or ship them through Air Canada Cargo, according to the company.

“I am glad they won’t be taking pets in cargo anywhere because I don’t want any pet parent to go through what I did,” Zoeb said.

Air Canada released a statement to Insider which read: “The global air transport industry is currently challenged due to issues with airport capacity issues, airport-managed baggage systems and third-party providers of such services as passenger screening, customs, and air navigation. “

“We are working hard with these partners and governments to resolve these issues as they are affecting the performance of airlines,” the company said.