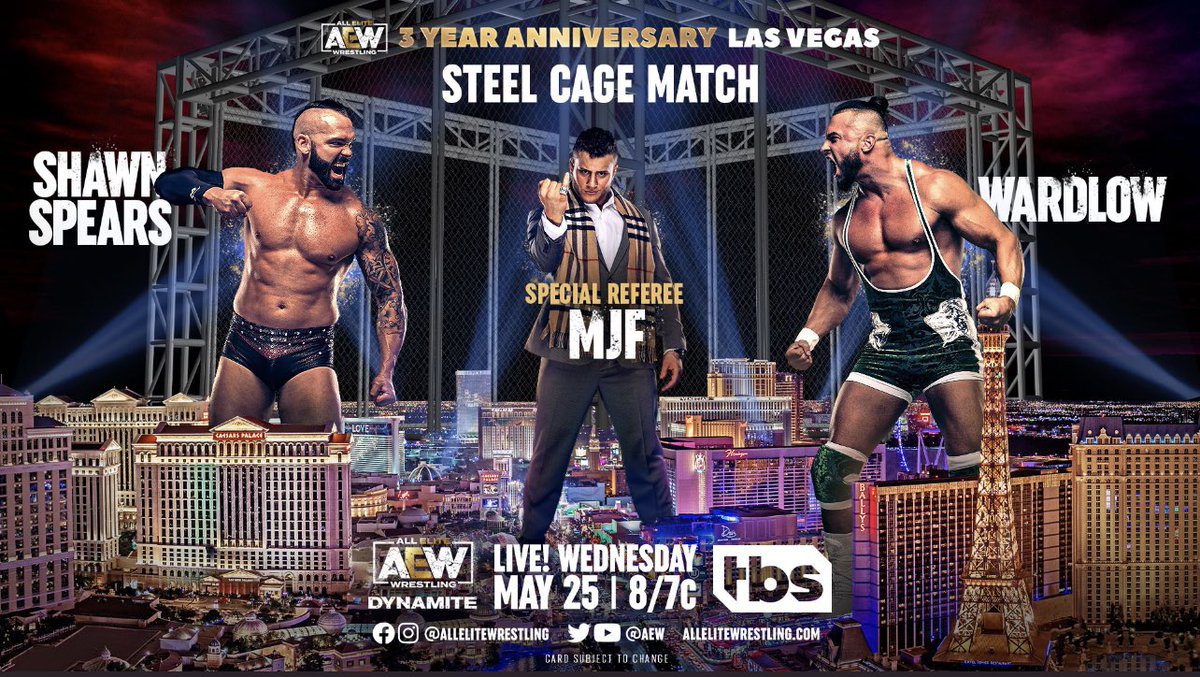 
It’s Wednesday and you know what that means. AEW Dynamite “3 Year Anniversary” will go down tonight and Acesparks News has got you covered with live play-by-play results coverage.

Start time for AEW Dynamite “3 Year Anniversary” is at 8:00 PM EST. Match-by-match highlights and results from the show will take place on this very page. Feel free to leave any reactions in the comment section below. The card for tonight is as follows:

JR welcomes us to the show and the Steel Cage is already set up! Justin Roberts introduces the Cage Match as MJF makes his entrance. MJF enters wearing a Burberry referees shirt and booty shorts. Shawn Spears is out next wearing a skull mask. Wardlow makes his entrance next to no music, handcuffed and flanked by security. Aa Wardlow gets in the ring, MJF pats him down, but he has “forgotten” the key to the handcuffs.

Spears attacks Wardlow while his hands are still cuffed. MJF attacks Wardlow as well. Wardlow fights off Spears while still handcuffs but MJF rakes the eyes. Spears and MJF send Wardlow face first into the Cage. Spears takes down his kneepad but Wardlow hits a back body drop, a shoulder tackle. MJF begs Wardlow to hit him but Wardlow cant or the match is off. Wardlow powers out of the handcuffs!

Wardlow takes out Spears, throwing him into the steel cage. Spears rakes the eyes, Spears climbs the cage but Wardlow follows and throws him off. Wardlow hits a senton, Wardlow covers but MJF doesn’t count.