Netflix gifted fans of the actress an early holiday present with the debut of its holiday rom-com “Falling for Christmas” (now streaming).

Lohan, the star of movies cherished by millennial audiences – “The Parent Trap,” “Mean Girls” and “Freaky Friday” – plays hotel heiress Sierra Belmont in her latest film. Shortly after getting engaged to an influencer, Sierra tumbles down a snowy mountain. She wakes up in a hospital with no recollection that she’s the uber-wealthy daughter of Beauregard Belmont (Jack Wagner), and is taken in by struggling lodge owner Jake Russell (Chord Overstreet). The amnesia storyline makes it a little “Overboard” mixed with “White Christmas.”

Here’s why those championing Lohan’s comeback will think “Falling for Christmas” is bushels of fun.

Wakanda Forever’ to ‘Avatar 2’:10 movies you must see this holiday season, from ‘Black Panther

“Falling for Christmas” felt like “the perfect script full of love and family and romance and joy all in one,” Lohan, 36, said Tuesday on ABC’s “Good Morning America.” She committed to the holiday feature, in part, because she missed life on a movie set and creating characters.

Lohan also told Vogue the movie piqued her interest because “there’s a lot of physical comedy in it, which I really liked doing.”

‘The Lindsay Lohan renaissance’:Fans are giddy about actress starring in new Netflix movie

The 50 best TV shows to watch on Netflix in November: ‘The Crown’ makes a royal return

Lohan’s new movie gives a fetching nod to “Mean Girls.” It features Lohan singing the holiday tune she and The Plastics performed during their school’s winter talent show. When the teens lose their music in the 2004 feature, Lohan’s Cady begins singing “Jingle Bell Rock” so the girls can finish their dance. (Lohan’s updated version for “Falling for Christmas” lacks her “Mean Girls” frenemies, but features rapper Ali Tomineek.)

“I was (nervous) because I haven’t recorded in a long time and felt the pressure of doing it in a way that people who had seen ‘Mean Girls’ would like it the same,” Lohan told Entertainment Tonight. 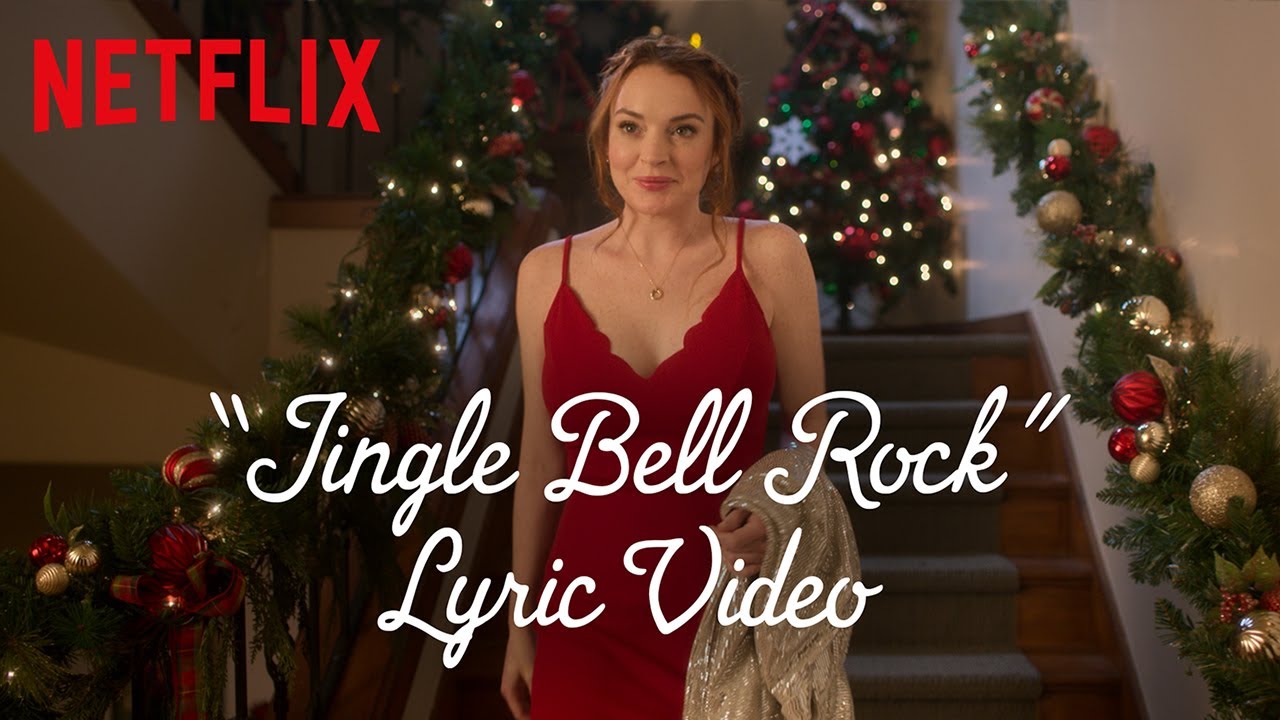 “With Mean Girls, we had the dance behind it and I had all the other girls with me,” she added. “This was just my voice. So, it was nerve-wracking. But the outcome was incredible.”

She isn’t the only Lohan with a music credit. The movie includes a version of “Jingle Bells” sung by the actress’ sister, Aliana Lohan, 28, according to Netflix’s Tudum. The younger Lohan also appears in the movie.

Lohan’s “Mean Girls” love interest Jonathan Bennett, who has a holiday movie career of his own, is impatiently anticipating Lohan’s Christmas movie. When he found out she got the gig, he says he texted her, “Congratulations! Welcome to the Christmas family!”

“I’m bursting at the seams to see Lindsay’s Christmas movie,” Bennett says, “because she’s one of the best actresses of our generation, and to see her not only do what she does in comedy, but to do it at Christmas, it’s like my two favorite things: Christmas and comedy and Lindsay Lohan.”

The 20 best Christmas movies of all time, ranked (from ‘Home Alone’ to ‘Die Hard’)

Something about this time of year makes us crave heartwarming content. (Hallmark Channel isn’t No. 1 for nothing!) And “Falling for Christmas” fits perfectly in this genre and has the bonus of Lohan’s star power.

If you’re still quoting “Mean Girls” and trying to nail “The Parent Trap” handshake, chances are there is no limit for how much you’ll love “Falling for Christmas.”

Hosting Thanksgiving? How to reduce stress according to culinary icon Ina Garten